Early Israeli elections and their implications 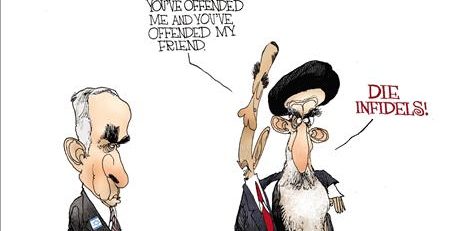 Israeli Prime Minister Benjamin Netanyahu signaled on Sunday for the first time that he is liable to move up Israel’s elections from next year to this year to take advantage of his lead in opinion polls over the country’s fractured opposition.

Though Mr. Netanyahu’s record of sounding the alarm about a nuclear Iran is likely to figure prominently in his campaign because it plays to his strength as a security hawk, early elections would make it less likely that the prime minister would order a preemptive attack on Iran because it risks igniting regional war that could endanger his popularity, analysts said.

“Netanyahu knows that he enjoys a relatively high and stable popularity, and it’s a good time to when his rivals are seen as unprepared,” says Aviv Bushinsky, a former advisor to Netanyahu who believes early elections will happen. “So why should he risk it by attacking, what if it fails? He doesn’t need to do something extreme to win the elections.”

A March poll in the liberal Haaretz newspaper showed Netanyahu’s Likud Party with 35 to 37 seats, with rival parties winning less than half of that.

Beyond the public approval rating, a mixture of domestic and foreign motives is behind the prime minister’s potential gamble on early elections, say analysts.

Netanyahu is thought to be concerned that holding elections on their originally scheduled date of November 2013 will leave him vulnerable to pressure from the US on concessions to the Palestinians if President Barack Obama wins a second term in November.

Netanyahu will be largely impervious to that pressure if Israel’s election campaign is held simultaneously as Mr. Obama fights for reelection at home. An Israeli campaign would also diminish the prospects for any new gestures to renewing talks with the Palestinians because it would hurt Netanyahu’s support among Jewish settlers and hardline allies in the parliament.

Speculation of new elections emerged on Sunday just two days after Netanyahu came under an usually blunt attack from a former security chief over his handling of Iran. Yuval Diskin, a former head of the Shin Bet domestic security service, said he had no confidence in Netanyahu and his defense minister, Ehud Barak, charging that their policy is motivated by “messianism.”

Attacking Netanyahu’s assertion of Israel’s right to strike Iran’s nuclear program, Mr. Diskin said such a move would only accelerate Iran’s drive to be a nuclear power.

“Netanyahu will try to make the elections about security and about Iran,” says Dahlia Scheindlin, a Tel Aviv public opinion expert and blogger at the left wing blog +972. Ms. Scheindlin said only a critique of Netanyahu’s policy on Iran could crack his public image, “and the only people that can credibly do it are security officials.”

Speculation has been rising in recent months about early elections, though Netanyahu has tried to douse speculation — until today. Danny Danon, a Likud parliament member says Netanyahu told colleagues that he would confer with coalition partners this week about possible dates. Israeli elections could be held as early as August, minimizing the time for Likud’s rivals to get organized, he says.

Netanyahu’s coalition has been relatively stable since he took office early in 2009, but threats to bring down the government from coalition allies are likely to grow as the original date draws near because there is less to lose.

To garner support on domestic policy, Netanyahu hopes to appeal to centrist Israelis by proposing a reform to reduce military draft exemptions for divinity students.

“There’s been a dynamic that is hard to get out of that is leading to elections,” says Mr. Danon. “The polls we’ve seen in the last weekend were good for the Likud.”