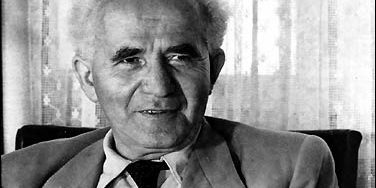 An annual torch-lighting ceremony was being held at Israel’s capital on Wednesday, marking the end of Remembrance Day. The end of the ceremony will touch off Independence Day celebrations across the country.   The official theme of this year’s Independence Day ceremony at Mount Herzl was “Water – The Source of Life.” Participants, chosen by a public committee within the Israel National Ceremony Center, were lighting 12 torches, representing the 12 tribes of the Jewish nation.

Rivlin also spoke of the great advances Israel has made in the past year, from the military realm to the social. Rivlin also referenced Jonathan Pollard, the Israeli agent jailed for spying in the United States, saying he expects the US authorities to release him soon.

This year’s ceremony was particular somber in memory of Hila Bezaleli, a 20-year-old IDF officer who was killed in a work accident preparing for the event. Hila’s parents, Sigalit and Yaron Bezaleli, lit the first torch of the ceremony along with Rivlin.

Israelis were beginning to celebrate the country’s 64th birthday, as free outdoor concerts and shows were being held across the country. Hundreds of thousands of Israelis are expected to visit Israel’s national parks, beaches and forests Thursday on the joyous national holiday.

On Tuesday and Wednesday, Israelis paid tribute to fallen soldiers and terror victims during Remembrance Day ceremonies across the country.

Ceremonies were held in remembrance of the 22,993 soldiers who have fallen in defense of Israel since 1860 – the year the first Jews left Jerusalem’s Old City walls to settle other parts of the country.

Also Wednesday night, police said that they prevented leftwing activists from creating a “disturbance” in Tel Aviv which was not befitting Independence Day celebrations, according to Army Radio. The activists had planned activities which they termed as “protests” against the occupation.

Sharon Udasin contributed to this report.