Anti-Israel Bias in the Media, Yet Again 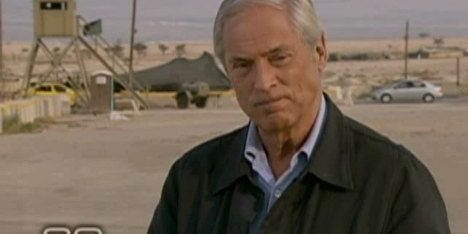 Last Sunday, 60 Minutes, the CBS weekly news program, aired a piece lamenting what it called an “exodus” of Christians from the Holy Land. At first glance, this sounds like a story that needs to be told. After all, Coptic Christians and churches in Egypt have been attacked by radical Islamist mobs. Terrorists regularly target churches in Iraq. A Catholic news agency recently reported on what it called “an ongoing ethnic cleansing of Christians” by radical Islamists in Syria. Surely, it is time we confronted this ugly reality, and did something about it.

While the 60 Minutes report did, in passing, mention the oppression of Christians by radical Islamists throughout the Middle East, ultimately it opted not to tell this story. “Christians of the Holy Land,” as the piece was titled, revealed itself to be exactly what Israel’s Ambassador to the U.S., Michael Oren, who was interviewed for the segment, told interviewer Bob Simon he feared it would be: a well-produced piece of propaganda that cast Israel as solely responsible for the ills of Christians in the areas it controls.

60 Minutes tipped its hand early on in the segment. Mitri Raheb, the Palestinian Lutheran pastor interviewed for the piece, has a long record of harsh bias against Israel. Raheb and others interviewed in this report cite the Kairos Document, issued in 2009 and signed by the leaders of 13 Christian denominations, as a model of moral, non-violent resistance to the Israeli “occupation.” The 60 Minutes report fails to mention that this document was almost universally condemned as unfair and biased by the Jewish community even by the left-leaning lobbying group J-Street, which is often critical of Israel’s policies and that the Central Conference of American Rabbis blasted it for its “supersessionist and anti-Semitic nature.” In short, “Christians of the Holy Land” offered no balance, no moderation, and no attempt to introduce viewers to Christian leaders who might step up to Israel’s defense.

The report is notable, too, for what it doesn’t say. In fact, demographic data, including data from Palestinian sources, points to an increase in the number of Palestinian Christians in the West Bank and Jerusalem since 1967, the year Israel took control of the West Bank from Jordan. (While the number of Palestinian Christians has decreased as a percentage, this is largely due to the dramatic increase in the Muslim population.) When it comes to the treatment and rights of people of faith, Israel is unique in the Middle East. In no other country in the region is freedom of religion for all written into law and respected in practice as it is in Israel.

The 60 Minutes segment aired during a week when Israel marked two important holidays. Yesterday, Israel observed Yom Ha’Zikaron, commemorating all those who have died defending the Jewish state, and all who have lost their lives to terrorism. Today, we celebrate Yom Ha’Azmaut, Israel Independence Day, the 64th birthday of the Jewish state. These holidays – the one somber, the other celebratory – remind us of two things. We are thankful to God for the gift of independence and self-determination. But we must always remain aware that our freedom has been bought at a terrible cost: the blood of tens of thousands of our fighting men and women.

So, even as we rightfully celebrate our freedom, self-determination, and our accomplishments, reports like the one that aired Sunday on 60 Minutes remind us that we’re still fighting, not just against terrorism, but for fair treatment in the media. Given the overwhelming influence of the media on public perception, this is a battle we must win.