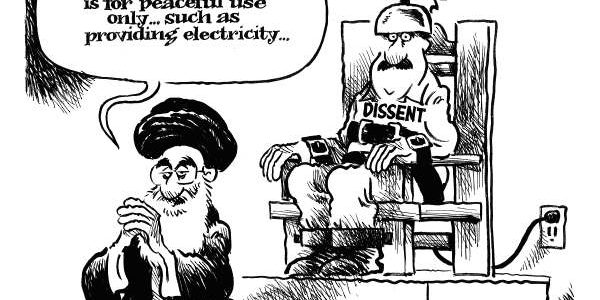 It’s all well and good for the Obama administration to brag about how its diplomatic approach has brought European states onboard with sanctions on Iran, but as the White House grants waivers for countries to give them more time to disentangle themselves from their Iran investments, German companies are showing they have no intention to leave the Iranian market. Quite the contrary, German firms are using the space granted them by the Obama administration to flout sanctions and embrace the Iranian market further.

Among the German companies that have confirmed their participation at the Iran Oil Show to Stop the Bomb are for example Bopp & Reuther, Helmke, Hova and Schauenburg. The companies Herrenknecht and Pepperl + Fuchs are also present at the Iran Oil Show, according to the exhibition’s homepage.

“Stop the Bomb” notes that, according to the Exhibition rules, all participating companies must pay fees to Iran’s Bank-i Mellat which is sanctioned by both the United States and the European Union.

If President Obama wishes to prevent a war with Iran, he must end the diplomatic smoke and mirrors and stop granting waivers. Such action may raise European ire, but it is the White House which should be angry when European firms—and the governments which support them—so blatantly demonstrate their willingness to support investments in Islamic Revolutionary Guard Corps front companies.