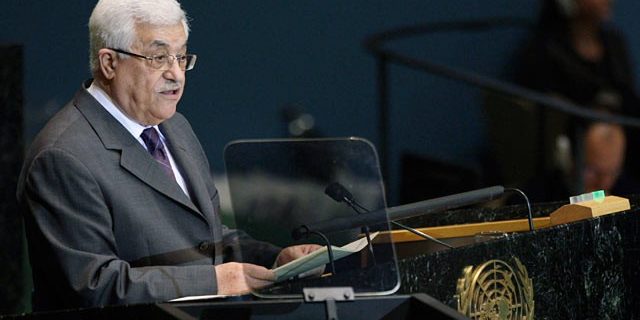 In an almost desperate bid to counter the emerging historical trend, pro-Palestinian elements recently attempted to change direction and bring the Palestinian Arab issue back to the forefront of the world’s agenda. For the Palestinian leadership, the Arab world has once again abandoned and left the Palestinian Arabs high and dry. The Boycott, Divestment, and Sanction (BDS) movement coupled with the on-going de- legitimization efforts against Israel have little if any concrete successes over recent years. The Arab Spring has cut off most of the Palestinian Authorities political support and funding from Arab sources.  The recent million man march to Jerusalem, and the fly-in flotilla to Israel in which thousands of activists and wanna be terrorists have attempted to invade Israel are only the latest examples of the failure of the Palestinian Arab movement to generate attention and bring their struggle to the center of world attention. Even the  recent scandal concerning Günter Grass, the German author and ex-SS Waffen soldier who has gone public with a vocal and unrestrained attack on Israel accusing her of being the greatest threat to world peace only to be  accused by the world media of being a latent anti-Semitic who recently came out of the Nazi closet. Nothing will change the current drift and historical trend from sending the Palestinian Arabs (“the invented people”) to the dust bin of political movements that have self-destructed.

For dozens of years, Arab regimes dealt with Israel by using the Palestinian Arabs in order to hide what went on in their own countries and divert the attention of the Arab masses outwardly. Yet today there is no longer a need for this, as the Arab world’s real problems have emerged in force for the world to see. The Arab Spring has revealed for all to see that they the Arab masses living outside of Israel are the real victims of gender Apartheid, lack of human rights, and lack of political freedoms. So, from being a major issue, and possibly the main political issue in the Middle East for the past two generations, the Palestinians were pushed down to the bottom of the priority list; their Land Day did not receive any substantial coverage, neither in the Arab world nor in the Western world. Recently, the Palestinian leadership has been jumping from capitol to capitol like schnorrers hoping to get some serious donations only to be ignored by all except of course President Obama, who can never, not even in an election year, not have a soft spot in his heart for those who do not recognize Israel as the national homeland of the Jewish people.

Today, when the Muslim Middle East is disintegrating into religions, ethnic groups, minorities and tribes, when the slaughter in Syria is merely intensifying (the number of fatalities has already passed 10,000,) when Libya’s militias are killing each other, Yemen is crumbling, Egypt is facing deep trouble, and Iran marches on in its development of a nuclear arsenal, it turns out that relatively speaking, the Palestinian issue is the least pressing and currently most stable conflict in the Mideast.

The Palestinians have encountered another grave “calamity”: Israel’s public opinion lost interest in them. For dozens of years, Israel’s leftist camp turned the Palestinians into its defining issue. Yet suddenly the Left discovered that Israel moved on and that the issue is no longer on its agenda. When the Left also discovered that the Palestinians have no interest in peace or negotiations, just like Syria’s Assad, it replaced the Palestinian agenda with a new one, premised on social issues like cottage cheese and the social protests. This does not mean that the Israeli left won’t make any and every effort to support the enemies of Israel, but for the most part, the Left in Israel is moving on to their latest cause and making in-roads into what they call social and economic justice.

Even the Arabs themselves living in Israel have abandoned the Palestinian movement and essentially moved on. One of the givens of the Middle East peace process is that Palestinians are eager to be free of rule by Israel and to live in a state of their own. Yet in a recent poll of the Arabs of East Jerusalem, it shows that more of those Arabs actually would prefer to be citizens of Israel than of a Palestinian state.

The poll, conducted in November, may be something of an embarrassment to Palestinian political leaders, who lately have been insisting that Israel should stop expanding settlements in the eastern half of Jerusalem. The awkward fact is that the 270,000 Arabs who live in East Jerusalem may not be very enthusiastic about joining the Palestinian Arabs. The survey, which was designed and supervised by former State Department Middle East researcher David Pollock, found that only 30 percent said they would prefer to be citizens of Palestine in a two-state solution, while 35 percent said they would choose Israeli citizenship. (The rest said they didn’t know or refused to answer.) Forty percent said they would consider moving to another neighborhood in order to become a citizen of Israel rather than Palestine, and 54 percent said that if their neighborhood were assigned to Israel, they would not move to Palestine. Arabs say they prefer Israel’s jobs, schools, health care and welfare benefits to those of a Palestinian state — and their nationalism is not strong enough for them to set aside these advantages in order to live in an Arab country.

So what can we expect in the near future? The Palestinian Arabs when in doubt, when down on their luck, have always reverted to what they do best, inflict terror on Jews. In recent months we have witnessed a marked increase in violence in East Jerusalem, and on the roads of Judea and Samaria. The Palestinian Arabs will most likely turn up the level of terror as we approach the November elections in the hope that when nothing else works, provoking Israel to unleash the powerful Israel Defense Forces will help them regain their role as the eternal victims, and the renewed attention of the World.

The writer, a 25-year veteran of the I.D.F., served as a field mental health officer. Prior to retiring in 2005, served as the Commander of the Central Psychiatric Military Clinic for Reserve Soldiers at Tel-Hashomer. Since retiring from active duty, he provides consultancy services to NGO’s implementing Psycho trauma and Psycho education programs to communities in the North and South of Israel. Today Ron is a strategic advisor to the Shomron Liaison Office.

Israel Is Not an Apartheid State
June 9, 2022
A Hard Left Turn Against Israel in the U.S. Congress
June 3, 2022
Red Alert: Not just the rise, but the acceptance of antisemitism—what can we do about it?
May 18, 2022
Glory or weakness?
March 22, 2022
Palestinian terror factions could ‘seek escalation’ for fear of losing limelight to Russia-Ukraine war
March 14, 2022
Germany loosens asylum requirements for Ukrainian Jews amid ongoing war with Russia
March 10, 2022