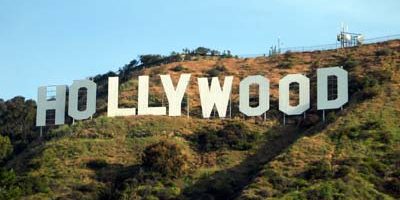 It doesn’t matter that Iran’s ayatollahs just hosted an international conference, attended by President Mahmoud Ahmadinejad, against “Hollywood and Satanism” and “Hollywoodism and Zionism.” It doesn’t matter that many blockbusters have been banned in Arab countries, including Steven Spielberg’s “Schindler’s List,” all of Jane Fonda’s films, Paul Newman’s “Exodus” and the television series “The Nanny” (because of Fran Drescher.)

Today, cinema is the most attractive show business for the haters of Israel; Hollywood celebrities, such as the Trotskyite Vanessa Redgrave and Viggo Mortensen, have boarded the anti-Israel bandwagon.

It’s an Israelophobic star system that joined the most perverse sabotage of human rights. Seven-time Oscar nominee Mike Leigh and two-time Oscar winner Emma Thompson are among three dozen actors and directors who signed a letter calling for the boycott of Israel’s national theater, Habima, which has been included in a Shakespeare festival in England.

“Habima has a shameful record of involvement with illegal Israeli settlements in Occupied Palestinian Territory,” says the letter, published in the Guardian newspaper. Elsewhere, more than 150 American artists, including actresses Julianne Moore, Redgrave and Sex and the City’s Cynthia Nixon, signed a letter in support of the boycott of Ariel’s cultural center in Samaria.

Several prominent actors and filmmakers, including Danny Glover and Jane Fonda, boycotted the Toronto International Film Festival to protest a week of screenings of Israeli films to mark the Tel Aviv centennial (another “settlement” for them.) Then a film festival in Scotland returned funding to the Israeli Embassy after succumbing to pressure from anti-Israel celebrities who threatened to picket the event.

Danish director Lars von Trier recently told an audience at the Cannes film festival that he thought Israel was “a pain in the ass.” Oscar winner Jean-Luc Godard has called Israel “a cancer on the map of the Middle East” and “a paradoxical form of Nazism.” The decision to award Palestinian film “Paradise Now” the Golden Globes Award for best foreign film tells us that Palestinian terror against Israelis has become cool and acceptable.

A new generation of anti-Israel opera writers is also emerging in recent years. The English National Opera, in London, just staged “The Death of Klinghoffer,” a music production that revolves around the tragic Achille Lauro hijacking by the Palestine Liberation Front in 1985. Composer John Adams and librettist Alice Goodman claim that their purpose in the production was to afford equal voice “to both Palestinian and Israeli suffering.”

The opera romanticizes the killing of a wheelchair-bound Jewish passenger, shot in cold blood in the forehead and chest and then dumped into the sea. When the Brooklyn Academy of Music first staged Klinghoffer, Lisa and Ilsa Klinghoffer, the daughters of Leon, attended anonymously. Disgusted at the idealistic portrayal of their father’s killers, they issued this statement: “It’s a production that appears to us to be anti-Semitic.”

Greek composer Mikis Theodorakis, a winner of the UNESCO International Music Prize, is a renowned Jew-hater who declared on Greek television that he was “anti-Israel and anti-Semitic.” Meanwhile, “Manifest Destiny” by composer Keith Burstein and librettist Dic Edward is another musical opera that romanticizes Palestinian suicide bombers.

The 20th century will be remembered for the “Jew Süss,” the film commissioned by Joseph Goebbels that perverted the beautiful novel by Lion Feuchtwanger, the most beautiful hymn to the Jews of the Middle. It has also been the century of Leni Riefenstahl, whose hypnotic depiction of Hitler’s Nuremberg rally, “Triumph of the Will,” was derided as the best propaganda film ever made.

But it was also the century of Marlene Dietrich, the German actress who played a special role against the Nazis from Hollywood.

While today there are many new Riefsenthals around, you won’t find another “blue angel” like Dietrich. Next time Habima Theater will be overcrowded by Israelis running for an underground bomb shelter, our horrible celebrities will remain silent, enjoying the prime time Jewish bloodbath. In Israel, no Hollywood happy ending is allowed. There are only images of hatred and the soundtrack of anti-Semitism.

Giulio Meotti, a journalist with Il Foglio, is the author of the book A New Shoah: The Untold Story of Israel’s Victims of Terrorism