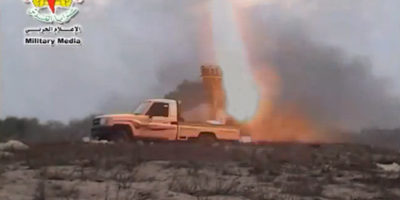 Future historians will be baffled as to why we the Israeli public have become so accepting of such a manifestly disastrous policy of deterrence against the terror organizations operating in Gaza, who fire their rockets at will on Southern Israel turning the save haven of our homes into self-imposed protective prisons. These future historians will be particularly perplexed why Israel’s failed deterrence has been so enthusiastically embraced by many prominent, allegedly well-informed pundits, politicians, and policy-makers rather than exposing it as the duplicitous subterfuge it is. Recent events have brought home dramatically how futile it is for Israel and Israel-supporters to continue on with business as usual. The latest round of rocket fire from Gaza has underscored not only how ill-considered it would be to relinquish more land to the Palestinian Arabs in Judea and Samaria, but that the time has come to admit that the current situation should not and cannot continue.

We the Israeli public have always been exemplary examples of sacrifice and resiliency in response to the incessant wars and terror dating back even to the period before the establishment of the state of Israel. Whether during the years of the suicide terrorists blowing up buses at a rate of two per day, or now during the intermittent missile attacks in which hundreds of rockets and missiles are raining down on the cities and communities in the south of Israel, we the Israeli public always exhibited the individual and communal resiliency to get up the following morning and continue on with our lives, unperturbed and unwilling to give in to this abnormal situation. Is this response of moving on with our lives, as if nothing can stop us, a normal and a proportional response by the Israeli public?

Why do the people of other nations in the Western World expect and demand of their elected political leadership to put an immediate end when danger threatens their individual and collective well-being . Should the Israeli public continue to bite its tongue, and simply wait patiently for the intermittent quiet before the next round of missile attacks a couple of months from now. Are we the Israeli public letting our political leaders of the hook by not demanding of them to stop this war of attrition and end the missile terror once and for all. Why is it that the public media, the movers and shakers of pubic opinion never demand of the army or the Prime Minister to end and finish off once and for all the ability of the Palestinian Arabs in the Gaza Strip  to threaten Southern Israel.

What we are witnessing here is a convergence of interests between those that have been forcing on Israel and the Israeli public to accept Palestinian independence in Gaza which has only meant one thing: the right of terrorists to shoot at Jews with impunity and political leaders such as President Obama in unison with European leaders and International NGO’s who are also the first who harp on the evils of the “occupation” or speak of forcing more Israeli territorial withdrawals to save the country from itself. These same voices have rarely considered the consequences of what de facto Palestinian independence in Gaza has meant to Israel. Over the years Israel has made a massive investment in protective zones built adjacent to all homes and public buildings in the South of Israel coupled with years of resiliency training teaching the public to cope and respond effectively to the anxiety and trauma of war and missile terror. This investment has paid off, not only have our homes become protective prisons, but we have become empowered, resilient, and regretfully complacent.

What we are witnessing is a theatre of the absurd by those that refuse to admit the undeniable truth and continue to demand that Israel withdraw completely from Judea and Samaria including East Jerusalem, as they did from Gaza in 2005. Intentionally ignoring the lessons of that failed experiment.  The learned and acquired complacency of the Israeli public who quietly and willingly stand up to this impossible and abnormal situation must end now. Only by responding similar to how other Western Nations would, we the Israeli public can begin to demand that the threat on Southern Israel be eliminated. Only then will the leaders of Israel respond effectively to the threat from Gaza and end their ability to immobilize and threaten all of Southern Israel. We the Israeli public and her supporters must understand that by remaining quiet and complacent we are perpetuating the current situation. We are enabling the false messiahs of land for peace and the two state solution to continue and force on us the Israeli public to live with the real implications of making “peace” with the Palestinian Arabs; that is to accept the inevitability of eternal war and terror. This is the lesson of the ongoing missile attacks on Southern Israel and this is should not be our legacy for future generations.

The writer, a 25-year veteran of the I.D.F., served as a field mental health officer. Prior to retiring in 2005, served as the Commander of the Central Psychiatric Military Clinic for Reserve Soldiers at Tel-Hashomer. Since retiring from active duty, he provides consultancy services to NGO’s implementing Psycho trauma and Psycho education programs to communities in the North and South of Israel. Today Ron is a strategic advisor to the Shomron Liaison Office.