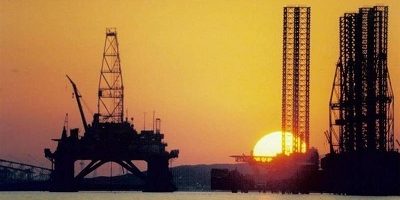 Israel has struck oil again, this time off the Tel Aviv coast. Developers maintain the find includes 100 million barrels of oil, worth $10 billion.

Modiin Energy and Adira Energy discovered an estimated 128 million barrels of oil and 1.8 trillion cubic feet of gas in their Gabriella and Yitzhak licenses, in shallow water less than 15 miles northwest of Tel Aviv.

Officials called the find “significant” and added, “Surveys conducted in recent months found oil in the target strata. The potential oil reservoir is 128 million barrels of oil, and the contingent reserves are an additional 120 million barrels.”

The Gabriella license is near shore in shallow water. “At a time of soaring oil prices, this is good news for IDB, Modiin, Adira, said Chaim Gavriella, CEO of the IDB  holding company that owns most of Gabriella’s shares.   The oil was defined as “ high quality” and reportedly can be extracted even easier than the gas.

The amount of oil is estimated to meet Israel’s needs for 18 months, in addition to other energy finds in the Tamar and Leviathan fields off the Haifa coast. Companies developing those fields say there is enough gas and perhaps oil to turn Israel into an exporter.

Sultan said drilling will begin by the end of the year and that it will take approximately five years for the first well to start producing oil.

Adira CEO Jeffrey Walter was ecstatic. “I said that I came to find oil and gas and was laughed at. I was told that there is no oil here. They were wrong,” he told Globes.

The discoveries of oil and gas are expected to provide thousands of new jobs for engineers and others needed to work on infrastucture, and the forecast ability of Israel to be self-sufficient could eventually lead to a large decline in domestic fuel prices and a stronger shekel.