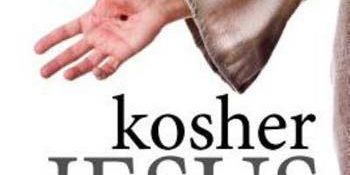 “Please remember that Jesus is a Jew,” I said to my Jewish colleagues at our Jewish-Evangelical Roundtable in late December 2011. Then, to the Christian participants, I said, “Please remember that without Hanukkah, there would have been no Christmas.” For the next three weeks we Jews and Christians demonstrated together in front of the Iraqi UN Embassy on behalf of Assyrian Christians and other religious minorities.

My colleague Howard Teich, a practicing attorney and noted Jewish leader, is an essential, catalytic leader in our Jewish-Evangelical meetings and activities together. We disagree and learn respectfully from each other, and that’s the joy and adventure of our dialogue. In our paired essays we are taking our dialogue public. I maintain that we can kosher Jesus even more than either he or Rabbi Boteach do.

The Jewish-Evangelical Roundtable was initiated about 30 months ago after I had some engaging conversations with Rabbi Joseph Potasnik, executive director of the New York Board of Rabbis. Quickly we decided that the conversations were so valuable that we ought to involve other rabbis and evangelical leaders. We now meet bi-monthly for breakfast and single-topic discussions at Calvary Baptist Church or Fifth Avenue Synagogue.

For me, reading the book Kosher Jesus by the articulate Rabbi Shmuley Boteach was the next step in Jewish-Evangelical Christian engagement—not just for our Roundtable, but for promoting Judeo-Christian values and culture to America and the world. And as Rabbi Boteach himself notes at the end of his book, “the hyphen between Jewish and Christian values is Jesus himself.”

As an Evangelical Christian, I am the type of reader that Boteach explicitly references most often in his book. Like most Evangelical Christians, I have always thought of Jesus as kosher—as a theologically Orthodox, law-keeping Jew. He asserted that he would not tolerate a change in the Law, and he based legal exceptions on Hebrew Scripture, as Boteach does. In addition,77% of the Bible that we Christians carry is the Hebrew Scriptures, and another 17% consists of books of the New Testament written by Jews. Only Luke and Acts, the remaining 6%, were written by a Gentile, Dr. Luke. Besides, we are always conscious of the fact that the stories recorded throughout the Bible occurred either in or near the Jewish homeland of Israel.

And, by the way, we know that “holy land tours” do not take people to Missouri, Mozambique or Mongolia! We Evangelical Christians know our historic dependence on Jews and Israel—and this knowledge helps to explain our leadership and devotion to saving Jewish lives at tremendous risk during the Holocaust and our current commitment both to religious liberty and the security of Israel. We cannot express enough gratitude for the spiritual and cultural heritage into which we are grafted.

Moreover, when the Gospel (the unique story of Jesus’ life, death and resurrection for the sake of all people) is introduced in the Bible, very intentionally the first recipients are Jews. We Evangelical Christians are constantly reminded of our debt to the Jewish Scriptures and our roots in the Jewish world. In particular, the centrality of a kosher, Jewish Jesus who frequently cited the Hebrew Scriptures is abundantly clear. Paul and the other apostles persistently quote and honor a Jewish Jesus.

In Boteach’s significant efforts in this book to make Jesus more kosher for the Jewish community, he embarks on several themes, including that (1) Jews are not to blame for Jesus’ death, that (2) historically Jesus was not especially critical of Judaism and Jewish leaders of his time, and that (3) there is no basis for claims of Jesus’ divinity though Jesus is an exemplary human. With this koshering of the Gospel story by rooting it in Orthodox Judaism, Boteach says it is again OK to honor and learn from perhaps the most influential Jew in history. Jesus can be embraced as a driving Jewish force for liberty, democracy and human rights. The evidence shows that Boteach is right on the first theme and only partly right on the other two points. Nevertheless, his conclusion is right, that Jesus remains a valuable resource for many good causes.

First, blaming Jews for Jesus’ death is patently absurd—and completely based upon a hellish race-hatred. It was a fabricated excuse for envious, greedy people to bear false witness in order to steal, in God’s Name, Jewish property and murder Jewish citizens–thus breaking at least five of the Ten Commandments all at once. That a few Jewish and Roman people in a crowd at Jesus’ trial asked to be blamed for Jesus’ crucifixion does not make either God or us blame either them or their descendants.

Clearly, corrupt priests were involved, too, as Boteach reports, and a brutal, oppressive empire wanted no hint of a threat from an articulate prophet. However, in Jesus’ own telling and in the interpretation given by the apostles, Jesus chose to give his life for us and profoundly engineered events of Passion Week so that he was killed right before Passover. Jesus’ passion was not passive. Jesus masterfully played all the religious and political factors for his unique purposes— to be the ultimate Passover Lamb of God, and then to conquer death and lead us forward.

Second, Boteach claims that historically Jesus was not especially critical of the Judaism and Jewish leaders of his time. Boteach tries to support this conclusion by asserting the criticisms reported in the Gospel stories were inserted by unnamed “editors” to justify an alleged anti-Semitic bias of early Christians—and the parts that are pro-Jewish, he claims, were left in only because these Christian “editors” were too clumsy to take them out.

“Interpretation with a scissors,” is what I call it when someone arbitrarily ignores or cuts out major portions of an interpreted text. The cut and paste method of Biblical interpretation is always disappointing and sometimes dangerous. The resulting “paper-doll” of the historical text then becomes more our own work than a worthy object of study. With these “scissors” we can lose our ability to correct our self-deception because we cut out anything that we disagree with.

In other portions of Kosher Jesus, Boteach correctly recognizes that many of the Jewish leaders of Jesus’ time were corrupt puppets of the Roman Empire. Besides, compared with the earlier prophets in the Hebrew Scriptures, Jesus’ criticism of Jewish leaders was not extraordinary.

Boteach, Teich and I all agree that many religious leaders of that time deserved strong criticism. There were exemplary religious leaders, too—such as Joseph of Arimathea and Nicodemus—as the New Testament records. As Howard Teich observes, “Jesus saw wrongs and tried to right them—of the Jewish people and humanity and, yes, the Roman rule of Israel.”

Third, Boteach maintains that there is no basis for claims of Jesus’ divinity, although Jesus was an exemplary human. To achieve this, our cosmetic surgeon-rabbi enhances the kosher of Jesus by scissoring out all the references to Jesus as deity—both in the Gospels and in the apostles’ writings. He skillfully magnifies the extraordinary, heroic, wise, spiritual, devout humanity of Jesus.

It would have also helped Boteach’s project if he had made clear that Jesus was a big disappointment to nearly everyone. Zealots were disappointed in him because Jesus believed that even successful radical political reform was secondary to spiritual awakening for individuals and communities. He believed that spiritual awakening was the secure grounding for quality and sustained political reform, as we have discovered in America’s historic awakenings. Moreover, the Pharisees were disappointed in him because while Jesus still believed that the Law, the Torah, is our best guide and teacher, he also taught that the Torah never replaced vibrant relationship with the living Lord God. The Sadducees were disappointed because he believed in objective, measurable supernatural engagement that affects our lives now and into eternity.

Finally, the Disciples were often deeply disappointed, too—for many reasons as they honestly record in the Gospels. In the similar ways, Jesus today often disappoints Republicans and Democrats, capitalists and socialists, collectivists and libertarians. However huge our expectant messianic boxes, Jesus violates the walls, for he is greater and more embracing than any human ideology or expectation. Thank God.

However, it is his persistent resistance to the divinity of Jesus—resistance by Boteach and many of his predecessors—that is the main disappointment with Boteach’s inspiring Kosher Jesus.

Skip over the doctrinal disputes—after all I am a professional philosopher and my colleague Howard Teich is a practicing attorney—and notice that in the Hebrew Scriptures which are Boteach’s interpretive context for Jesus, there are numerous encounters with a divine-human.

For example, just before the “battle” for Jericho, Joshua met the human-looking Captain of the Lord’s army, and Joshua worshipped him. Later, Ezekiel was commissioned by a Being, a human who shined with the glory of God. This Being told him to say, “Thus says the Lord,” whenever Ezekiel taught what this Being gave him. Was this the Lord as human? In Daniel 7, an extraordinary Human is seen with God (the Ancient of Days), and God gives to this Human all the power over all peoples, all nations, all languages—for “a kingdom that will not end.” Is this the Lord, even as human? And who was the special “Human” in the furnace (Daniel 3)? Is the divine-human gap really unbridgeable? Isaiah prophesies that a human baby would be also “mighty God, everlasting Father” (Isaiah 9). What does that mean? So, the Hebrew Scriptures allow a human form within the divine—and the divine uniquely in a human.

The Torah, in the first five Hebrew books, agrees—because it was there first. Abram repeatedly encountered God in human form, as in Genesis 12, 15, 17 and 18—and he responded by treating this human as God himself. God has enough of human presence that he hand-writes the Decalogue on stones, twice, and double-sided! In addition, the special “angel” bearing the Lord’s Name within, speaking with God’s authority, guided Moses (Exodus 23). If a divine human were so offensive, why not scissor out these numerous passages, too?

More positively, with these and other precedents in the Hebrew Scripture that Jews and Christians share, why not see Jesus as part of—the epitome of—this splendid, documented role of a divine-human? Forget divisive doctrines; ignore confounding creeds. What about this life, this example, this Jesus, so immersed in the world of his Hebrew Scriptures and culture? The “divine-human” may have been a pagan Greek idea (earliest 1000 BCE)—but before the Greek myths it was Moses’ (1300 BCE) idea, and earlier Abraham’s (2000 BCE) idea and God’s idea (before time).

Even more elemental, the divine-human should be no real surprise, since all humans are the Image of God already from the beginning (Genesis 1). The very definition of human is to be shaped matter with God’s Spirit breathed inside (Genesis 2). If the divine-human gap seems unbridgeable, is that more because of the influence of modernity and Darwinism focusing us on the origins of our matter—rather than on what matters even more? Do we all too easily ignore the Spirit’s presence within? Perhaps the exemplar, the real divine-human Jesus, can spark a timely revaluation of ourselves. Are we more than fleshly matter? Can the real kosher Jesus help us matter more?

Today, I am grateful that Jesus is back in the discussion; that Jews and Christians are talking again about this singular, towering figure; that one extraordinary life can motivate Jews, Christians and others to stand up for non-violence, defend religious liberty and other basic divinely-given rights, and pursue the best that we are made to be; and that the exemplary Jesus can be kosher, again.

Thank you, Rabbi Boteach, for introducing the vibrant, kosher Jesus once more—and thank you, Howard Teich, for drawing me into this renewed conversation about Jesus. Perhaps he is the bridge for revitalizing and strengthening the much needed Judeo-Christian culture, community, collaborations and commitments.