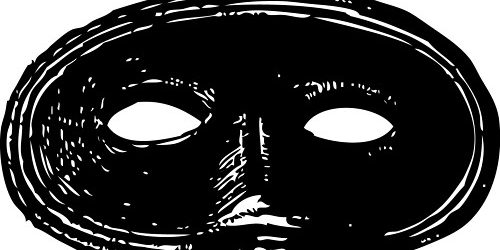 Today is Purim, one of the most joyful festivals on the Jewish calendar, when we celebrate the deliverance of our ancestors from a Persian plot to annihilate them.

It is a day rife with ritual, from the reading of the Book of Esther to the giving of charity and the delivery of food parcels to friends.

But of all the many practices that have come to embody the holiday, few are as inspired as the donning of costumes by young and old alike.

For on Purim we disguise ourselves, masquerading as something that we are not, underlining the extent to which many of us spend our lives play-acting rather than being true to what we believe.

Indeed, the custom has become so popular that none other than Barack Obama himself decided to join in the fun this year, posing for the past few days as a staunchly pro-Israel president.

Obama’s Purim costume was as adept as it was inspired. After all, it did not require a wig, eye-liner or even baggy pants.

All that was necessary was for the president to pad his AIPAC speech with some soothing words about Iran and refrain from growling before the cameras when he greeted Prime Minister Benjamin Netanyahu at the White House.

Like any good costume, Obama’s had the intended effect, initially making one forget the real person beneath.

At the AIPAC Conference in Washington, the US president spoke of the “unbreakable bonds” and “partnership” between the United States and Israel, insisting that his administration’s “commitment to Israel’s security has been unprecedented.”

He even talked tough to the ayatollahs, warning that, “Iran’s leaders should understand that I do not have a policy of containment; I have a policy to prevent Iran from obtaining a nuclear weapon. And as I have made clear time and again during the course of my presidency, I will not hesitate to use force when it is necessary to defend the United States and its interests.”

For the uninitiated, it was almost enough to make one swoon. Obama invoked all the right themes, pledging to stand by the Jewish state and strongly hinting that he would not shy away from the use of force against Tehran.

Gee, doesn’t he sound like someone we can really trust? But when you start to peer behind the mask, and look beneath the surface, a different and more accurate picture quickly begins to emerge.

Take, for example, his assertion that “Because of our efforts, Iran is under greater pressure than ever before.”

Why, it was just three months ago that Obama was trying to convince Congress to soften sanctions on Iran. As Reuters reported on December 6, 2011, Obama administration officials lobbied against a bipartisan Senate proposal to slap penalties on foreign financial institutions doing business with Iran’s Central Bank.

Obama’s obstructionism on the issue was so brazen it even led Democratic Senator Robert Menendez, a cosponsor of the bill, to slam the administration in remarks to the Senate Foreign Relations Committee.

So for the president now to take credit for the tightening economic vise around the Iranian regime is both disingenuous and misleading.

Similarly, Obama has repeatedly asserted of late that Israel has the sovereign right to defend itself. He told AIPAC attendees that, “Israel must always have the ability to defend itself, by itself, against any threat.”

And yet, in practice, he has been energetically trying to prevent Israel from doing just that. Last month, Obama reportedly sent his National Security Adviser, Tom Donilon, to Jerusalem to deliver a stern message to the Israeli government: don’t attack Iran.

And he has marched out a parade of senior officials in recent months to cast doubt on the efficacy of any such action by Israel.

Barely 48 hours after speaking to AIPAC, Obama adopted a different tone at a press conference held on Tuesday. Asked by a reporter about Iran, the president said rather ominously that a premature Israeli strike would have “consequences” for the United States.

At first glance, that may not sound all that menacing.

But when the president of the United States issues such a warning, it is far more than just an analytical remark. It suggests that should Iran retaliate against the US because of any action taken by Israel, it is the Jewish state that can and will be blamed.

And this is the guy who says he has “got our back”? Obama is clearly in election mode, and he is looking to November with an eye on the Jewish vote. Fearful of losing Jewish support in critical states such as Florida, the president is now trying to position himself as an unqualified backer of Israel.

But don’t let Obama’s Purim costume fool you. As we know, a mask often reveals far more than it conceals.

And in this case, what it cloaks is frightening indeed.