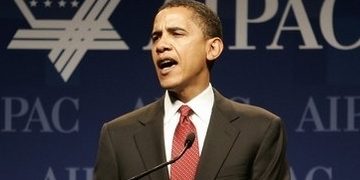 The man just can’t help himself – he can’t even do it for three days. Within three days, Obama went from saying that Israel makes its own decisions to threatening them and pompously telling Israel, a sovereign nation, what they can or cannot do.

Obama snarled,  “Israel will bear responsibility for any damage to America’s security” and “I decide what’s premature or not.”

As expected, there were no redlines or plan for action drawn up during the Netanyahu-Obama talks and the two men still seem far apart. They do agree that Iran must not get the nuclear bomb.   Personally, I think Obama is waiting for the mushroom cloud to appear over Tel Aviv.

Instead of a meeting of the minds with Netanyahu, the U.S. and other countries have offered to resume pointless negotiations with Iran over its nuclear program. It is simply an Iranian delaying tactic. They couldn’t be clearer if they beat Obama over the head with it.

During his AIPAC speech on Sunday, President Obama said the U.S. will support Israel, and if necessary, use force to keep Iran from building nuclear bombs. We have their back, Obama said. He agreed, or he did for the moment, that Israel must make its own decisions regarding its defense.

Then there was the quickly assembled press conference Tuesday in which Obama said that a strike will lead to consequences for the US and Israel. He  warned against “beating the drums of war” and added, ”Israel will bear responsibility for any damage to America’s security” and “I decide what’s premature or not.” Obama looked angry as he glared into his notes and up at his teleprompter.

There are consequences for the United States as well.” He warned against the “casualness” of talk of possible military action and American politicians’ “beating the drums of war,” saying those who speak so loosely should consider the consequences of their words.

Netanyahu held a follow up meeting with members of the Congress who have sent out a strong message of support for Israel from Boehner to Pelosi.   According to Reuters, before flying back on Tuesday, Prime Minister Binyamin Netanyahu told congressional leaders Tuesday that Israel viewed things differently than the US did at times, because it was not a global power and was more vulnerable.

America has global interests while Israel is “on the ground and more vulnerable.”   He cited historical precedent for not following U.S. advice –

David Ben-Gurion declared independence against the advice of the US

Levi Eshkol launched a preemptive attack in 1967, against Washington’s counsel