Haman and Mordecai in the book of Esther 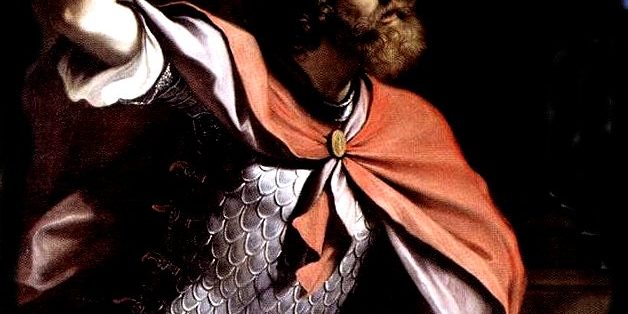 Esther 3:1 – “After these events, King Xerxes honored Haman son of Hammedatha, the Agagite, elevating him and giving him a seat of honor higher than that of all the other nobles.”

Haman the Agagite was the main enemy of God’s people in the book of Esther. He was apparently a descendent of Agag, an Amalekite king. Hebrew scholars since ancient times have identified Haman with the Agag in 1 Samuel 15.

Israel had a centuries-long conflict with the Amalekites, which ends in the book of Esther. The problems with the Amalekites began when the Israelites first left Egypt in the Exodus for the Promised Land (see Exodus 17:8-16 and Deuteronomy 25:17-19). The Amalekites attacked Israel from behind, targeting the weakest ones who lagged at the back of the march. This was the battle where Moses lifted his hands in the air on a nearby hilltop, which enabled the Israelites to win in the end.

“When you were weary and worn out, they met you on your journey and cut off all who were lagging behind; they had no fear of God.” (Deuteronomy 25:18) King Saul was supposed to destroy the Amalekites completely, to fulfill the mandate of Deuteronomy 25:19; but he let some survive, and they continued to be enemies of God’s people (see 1 Chronicles 4:42-43).

“Then Saul attacked the Amalekites all the way from Havilah to Shur, to the east of Egypt. He took Agag king of the Amalekites alive, and all his people he totally destroyed with the sword. But Saul and the army spared Agag and the best of the sheep and cattle, the fat calves and lambs—everything that was good. These they were unwilling to destroy completely, but everything that was despised and weak they totally destroyed.” (1 Samuel 15:7-9; see also 1 Samuel 15:20).

Hidden in the background of the Esther story is this unfinished business between God and the Amalekites from the days of Saul, which actually started when the Israelites first came out of Egypt. Saul had spared Agag’s life in disobedience to God’s command. In Esther, Haman sought to attack and destroy the Israelites, as his ancestors had done, but this time God’s destruction of this enemy is complete. Haman and all his sons died (see Esther 9:7-10).

Mordecai, the relative of Saul – “Now there was in the citadel of Susa a Jew of the tribe of Benjamin, named Mordecai son of Jair, the son of Shimei, the son of Kish, who had been carried into exile from Jerusalem by Nebuchadnezzar king of Babylon, among those taken captive with Jehoiachin king of Judah…” (Esther 2:5-6). Where previously Saul had failed in fulfilling his duty, Mordecai succeeds. Kish, the Benjamite, was the name of the father of King Saul. (Note that Mordecai was not Kish’s great-grandson – Hebrew genealogies often skipped many generations at a time, mentioning only a few of the noteworthy names in the lineage). Shimei may be an allusion to Saul’s most notorious relative in the Bible:   As King David approached Bahurim, a man from the same clan as Saul’s family came out from there. His name was Shimei son of Gera, and he cursed as he came out. He pelted David and all the king’s officials with stones, though all the troops and the special guard were on David’s right and left. As he cursed, Shimei said, “Get out, get out, you man of blood, you scoundrel.” (2 Samuel 16:5-7).

Shimei was the son of Gera, not the son of Kish, but may have been a grandson of Kish, that is, Saul’s nephew – the Bible only says he was a relative of Kish, Saul’s father. There is a redemption story operating in the background of the story of Esther, where a godly man who came from the family of Saul finally overcame the descendent of Agag. God fulfills everything He says in His Word.

The number 500 has special symbolic significance in reference to the Amalekites. 500 was the number of Amalekites the Israelites defeated in 1 Chronicles 4:42-43. In addition, the story of Haman and Mordecai occurs almost exactly 500 years after the story of King Agag and King Saul. 500 was the number of enemies that the Jews defeated in the capital of Persia under Mordecai’s edict (see Esther 9:11).

The characters in Esther, therefore, have symbolic meaning, both for the past and the future. They allude to the past and to a moment of failure in Israel’s history when God taught them an important lesson. The characters also point forward prophetically to our own struggle in Christianity between those controlled by the Holy Spirit and those who want to exercise their own control over God’s project.