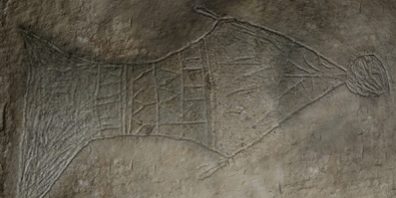 Two archaeologists claim they’ve found the tomb of Jesus. The announcement comes with the release of their new book …

“The work … contends that two Jerusalem tombs beneath a condominium complex can be traced to Jesus of Nazareth, his family or his followers. One tomb, found in 2010 under a patio, ‘is directly connected to Jesus’ first followers, those who knew him personally, and to Jesus himself,’ according to authors…”

The archaeologists used a robotic arm with a camera to look down into the tomb, where they found carvings on boxes containing bones — images they argue depict Jonah and the whale. Fox News has the photos.

“The archaeological evidence, which by the way, as you see right there, is written in stone — including the sign of Jonah, is — experts say — strikingly consistent with the text of the Gospel.”

Those bone boxes are also called ossuaries. CNN spoke with the archaeologists. They explain the image of Jonah and the whale is a resurrection image, because Jesus said his resurrection would be like Jonah’s.

As the news breaks, other archaeologists are analyzing the findings. MSNBC reports many are speaking out against the claims.

“The main objection to the claims for the Jesus Family Tomb, like the claims themselves, retraces ground that’s been well trod since 2007: Just because bone boxes are marked with the name ‘Jesus’ and the names of his brothers and sisters, as mentioned in the Bible, doesn’t necessarily mean these are the actual biblical figures.”

The expedition is the subject of a Discovery Channel special set to air this spring.