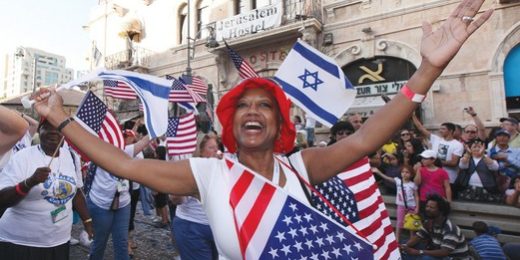 It has been my special privilege to become acquainted with numerous Israeli government officials at all levels and, of course, they understand that I am an American evangelical Christian. So often I am told how much Israel appreciates her new Christian friends. I say “new” because for centuries the Jewish people have perceived that Christians hated Jews and were largely responsible for their inhumane treatment and persecution around the world.

Today, there is a segment of Christians who call themselves evangelical or conservative; these Christians differ significantly from the majority of so-called Christians in mainline denominations. The “so-called Christians” I am referring to are those who embrace the faulty theology known as “Replacement Theology” which, in essence, claims that the modern-day church is “spiritual Israel” and that God is finished with literal Israel.

This Replacement Theology view justifies the growing – yet false – belief that Israel is occupying land that rightly belongs to the Arabs. Consequently, the very existence of Israel is supposed to be the main obstacle to peace and the root cause of trouble in the Middle East region. Consequently, here is a great gulf between the pro-Israel and the anti-Israel segments of Christianity. The differences are basically three-fold:

1. Differing views of the Bible.

We evangelicals believe the Bible to be the inerrant, infallible Word of God, accurate in every detail and applicable to every situation. The Bible is not an uncoordinated collection of stories and allegories. It is about Israel from beginning to end, written in the land of Israel by a host of God-directed Jewish authors. It contains two major parts, the Torah or Tanach (known to Christians as the Old Testament) and the New Testament. Jesus, whom Christians recognize as the Messiah, came to establish a covenant of grace.

We believe that the Jewish people are God’s chosen people, chosen to be a special channel through whom God has, is, and will work out His redemptive and prophetic plans. In a special way, God is also the God of Israel and has made an everlasting covenant with the Jewish people. God has re-gathered the Jews to their ancient homeland and has re-established their ancient nation, according to prophetic promises. He has also protected, preserved, and prospered the restored nation, in fulfillment of His promises. We also believe the Biblical prophecies that the Messiah will soon establish a worldwide kingdom of righteousness with its capital in Jerusalem.   Because more Israelis and Israeli leaders are now understanding the differences between the evangelical or conservative Christians and those who hold to the falsehood of Replacement Theology, many Israelis are now relating to us in new ways. I feel highly honored to have such great cooperation from so many Israeli government officials, religious, business and community leaders, who give of their time to share their expert insights as guests and panelists on the weekly international radio broadcast known as “Front Page Jerusalem,” produced weekly by the International Christian Embassy in Jerusalem and on which I serve as one of the co-hosts.  These officials appreciate the importance of getting truthful news of Israel out to audiences around the world without the usual anti-Israel, pro-Arab slant of the international or mainstream media.   Yes, we are definitely moving in a positive direction in terms of building bridges of friendship, understanding and cooperation between Christian and Jewish communities in Israel, in America and around the world.  Doors which have been traditional closed tight to Christians have now begun to open as Israel’s leaders, religious and governmental, come to recognize that the evangelical Christian community of the world is the best friend Israel has in all the world.

There was a time when Israel’s best friend was the United States of America.  However, the present administration in Washington D.C. seems to be lethargic in their support of Israel and not particularly standing strong in her defense as she stands on the front lines in the world’s war on terror.  I am proud to say, however, that the Congress of the United States is standing firmly and solidly with Israel which is the only country in the Middle East where you do not hear anti-American rhetoric or see anti-American demonstrations.  We in the evangelical Christian community believe God’s Abrahamic Covenant still holds. God said, “I will bless them that bless thee, and I will curse them that curse thee” and America is surely in need of God’s blessings.