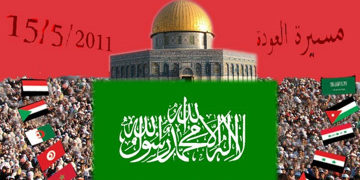 BY Y.MANSHAROF & A. SAVYON, MEMRI—

As the reciprocal war of words between the Western and Iranian media escalated, and in response to Israeli declarations regarding the necessity of stopping Iran’s nuclear program with a military strike, Alireza Forghani, a staunch supporter of Iranian Supreme Leader Ali Khamenei and, until recently, governor of Kish Province, called on the Iranian regime to attack and annihilate Israel. His article, titled “Iran Must Attack Israel by 2014” and published February 4, 2012 on numerous pro-regime websites, follows an article he published a month ago praising jihad against the Americans and emphasizing the Iranians’ hope for a war in which they would die as martyrs.

Forghani’s latest article contains two parts. The first expounds on the religious justifications, based on the Koran and the teachings of Ayatollah Ruhollah Khomeini, obligating all Muslims to attack Israel for stealing Palestinian lands and aspiring to take over the rest of the Islamic lands between the Nile and the Euphrates. According to the author, such an attack is obligatory, whether as defensive jihad (when Muslims are attacked by others) or as jihad in its basic sense (holy war against infidels).

The second part of Forghani’s article provides a detailed operative overview of how Iran will carry out the attack against Israel. He claims that Tehran is capable of annihilating Israel within less than nine minutes using its arsenal of missiles and by deploying operational combat units throughout the world. The article specifies targets to be hit inside Israel, including nuclear facilities, air force bases, and civilian infrastructure, as well as providing detailed profiles of the various missiles Iran will use, including Shahab 3, Sejjil, Ashura, and Ghadr missiles.

It would seem that the article, whose publication coincided with statements by Khamenei, in his Friday speech of February 3, about the need to wipe out the “cancerous growth” of Israel, is the regime’s response to recent statements by Israeli leaders regarding the necessity of attacking Iran. While Forghani, who notes that his article expresses his own views and not necessarily those of the regime, states that Iran must take it upon itself to annihilate Israel, Khamenei has avoided pitting Iran as an active combatant against Israel, keeping his country in a supportive role of assisting other forces against Israel.

Forghani claims that Iran must take advantage of the Islamic awakening sweeping the region, which he says has paved the way for Israel’s destruction; of the passivity he says characterizes the U.S. and the West; and of the presidency of Ahmadinejad in order “to destroy Israel,” and therefore sets the deadline as 2014, which he says will be the end of Ahmadinejad’s presidency. He says that Iran must launch a preemptive attack against Israel entailing heavy military strikes from start to finish. Israel’s strategic points “must be totally annihilated,” he says, advising the regime to use its long-range missiles to this end and noting that the distance from the easternmost point of Iran to the westernmost point of Israel is 2,600 km, a range covered by conventional Iranian missiles.