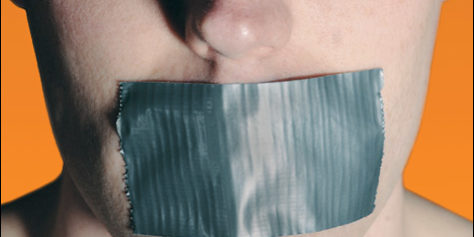 Former US congressman Robert Wexler is a man worth listening to. Wexler served as then-senator Barack Obama’s chief booster in the American Jewish community during the 2008 presidential campaign. He appeared everywhere and said anything to convince the American Jewish community that the same man who sat in the church pews listening to Rev. Jeremiah Wright’s anti-Semitic vitriol for two decades, and listed among his closest friends and associates a host of Israel-haters as well as former terrorists, was the greatest friend Israel could ever have.

Once Obama was elected, Wexler continued to serve as his Jewish shill. Wexler traveled to Israel multiple times in the early months of Obama’s presidency, to pressure Prime Minister Binyamin Netanyahu to submit to Obama’s demand and embrace the cause of Palestinian statehood. After Netanyahu finally announced his support for Palestinian statehood at his speech at Bar-Ilan University in September 2009, Wexler returned with a new demand – that Netanyahu enact a moratorium on Jewish property rights in Judea and Samaria.

In an interview with The Jerusalem Post at the time, Wexler promised that Israel would be richly rewarded if it took the unprecedented step of denying Jews the right to their property in Judea and Samaria simply because they were Jewish. Even if the moratorium were temporary, Obama would view the discriminatory measure as proof of Israel’s good intentions.

Moreover, Obama would expect the Palestinians and the wider Arab world to respond to Israel’s move by taking steps to normalize their relations with Israel.

For instance, Wexler claimed that Obama had demanded that the Arabs respond to an Israeli moratorium on Jewish property rights by among other things opening trade offices and direct economic ties; conducting cultural and economic exchanges; and permitting Israeli airplanes to overfly their territory.

And in the event that the Arabs refused to rise to the occasion, Wexler proclaimed, “You can rightly say that all bets are off.”

Wexler continued, “I want to call their bluff. I want to see, if Israel makes substantial movement toward a credible peace process, whether they are willing to do it. And if they are not, better that we should find out five or six months into the process, before Israel is actually asked to compromise any significant position.”

In the event, Netanyahu bowed to Obama’s demand and enacted a temporary ban on the exercise of Jewish property rights in Judea and Samaria. And in the aftermath of his stunning move, the Arab world did nothing.

Amazingly, far from calling their bluff, Obama doubled down on his pressure on Israel.

Among other things, since squeezing the first temporary ban on Jewish property rights out of Netanyahu, Obama has demanded that the moratorium be made permanent and be extended to Jerusalem.

As for his vision of the “peace process,” Obama has demanded that Israel accept the 1949 armistice lines as the basis for negotiations.

He has used the US veto at the UN Security Council as a means of pressuring Israel to make further unreciprocated concessions to the Palestinians.

And the “pro-Israel” US president has demanded no similar concessions from the Palestinians.

THIS WEEK, Wexler, now the head of the far-left S. Daniel Abraham Center for Middle East Peace, was back in town. Speaking at the Herzliya Conference, he said that Israel should consider extending the ban on Jewish property rights to within the 1949 armistice lines. Wexler based his claim on then-prime minister Ehud Olmert’s 2008 peace offer to Fatah leader Mahmoud Abbas.

Olmert’s offer, which Abbas rejected, involved a “land swap,” in which in the framework of a comprehensive peace deal, Israel would give the Palestinians land from within its 1949 boundaries in exchange for land in Judea and Samaria that Israel would permanently retain. According to media reports, Olmert offered Abbas 4.5 percent of Israeli territory in exchange for a similar amount of land in Judea and Samaria.

While Wexler appeared at the Herzliya Conference as the president of a nonpartisan nonprofit organization, his continued intimate relationship with Obama is well known. Last fall, Commentary’s Omri Ceren documented that Zvika Krieger, Wexler’s vice president at the Daniel Abraham Center, authored documents for Obama’s reelection campaign. Among other things, those documents cited articles authored by Krieger and Wexler in which they championed Obama’s record on Israel from their nonpartisan perch at the Daniel Abraham Center.

Given Wexler’s close ties to Obama, it is reasonable to assume that his suggestion that Israel cease exerting its national sovereignty over its sovereign territory in the interests of the peace process is not simply his personal view.

There is much to criticize about Wexler’s suggestion. But more important than its arrogant, insulting absurdity, and more disconcerting than Wexler’s own hypocrisy, is what his suggestion tells us about the dangers inherent in Netanyahu’s current negotiations with the Palestinians.

To understand the connection we need to recall the nature of Olmert’s offer to Abbas.

The idea was clear. True, on the one hand, the prime minister was conducting negotiations far from the spotlight, and refusing to tell the public what was on offer. But on the other hand, we could rest assured that that nothing he offered would have any significance whatsoever unless the Palestinians agreed to a final-peace deal with Israel. If they rejected peace, then everything Olmert said would become null and void, and be tossed down the memory hole.

In accordance with this basic proposition, when Abbas rejected Olmert’s offer, and made no counteroffer, it was naturally assumed that Olmert’s proposal was rendered null and void.

Yet four years later, here is Wexler, Obama’s surrogate, advocating a policy of unilateral abrogation of Israeli sovereignty over 4.5% of its national territory in order to enable the eventual implementation of an offer that was predicated on the notion that “nothing is agreed to until everything is agreed to” and as such is null and void.

THIS BRINGS us to the current negotiations between Israel and the Palestinians. For the past month, under the aegis of the Middle East Quartet, Netanyahu’s representative attorney Yitzhak Molcho has been conducting negotiations with Abbas’s representatives in Amman, Jordan. Last week, Molcho reportedly outlined the government’s general positions on lands it is willing to cede to the Palestinians.

Without presenting any maps, Molcho reportedly said that a permanent agreement would involve most of the Israelis living in Judea and Samaria remaining in Israeli territory. The media interpreted this to mean that like Olmert, Netanyahu expects for Israel to retain perpetual control over large blocks of Israeli communities that take up less than 10% of the overall landmass in Judea and Samaria.

For his part, Netanyahu this week reiterated his position that Israel must maintain a long-term military presence in the Jordan Valley. This has been interpreted to mean that Netanyahu is willing to cede sovereign rights to the area to the Palestinians.

Taken together, what Molcho’s statement and Netanyahu’s statement indicate is that at a minimum, in exchange for peace, the Netanyahu government is willing to expel some portion of the 350,000 Jews living in Judea and Samaria from their homes and to transfer sovereignty over a significant portion of the territory to a Palestinian state.

From the vagueness of what has been reported, it is apparent that Netanyahu has been far less specific about the scope of the territorial concessions he is willing to undertake than his predecessor was. But then again, Olmert made his offer after conducting negotiations with Abbas for over a year. Netanyahu only entered these talks a month ago.

And while no one in or out of government believes that these negotiations have any chance of leading to a peace deal, the fact is that Netanyahu is feverishly working to ensure that the talks continue. He spent a good part of his day on Wednesday speaking on the phone to US Secretary of State Hillary Clinton, and meeting with Quartet envoy Tony Blair and UN Secretary- General Ban Ki-moon, begging the foreign leaders to convince the Palestinians not to abandon the negotiations.

As he put it in his joint press conference with Ban, “You cannot complete the peace process unless you begin it. If you begin it, you have to be consistent and stick to it.”

For his part, Abbas is doing everything in his power to make clear that he does not wish to negotiate, and that even if negotiations continue, he will never cut a deal with Israel. To underscore his bad faith, next week Abbas will travel to Egypt to meet with Hamas terror chief Khaled Mashaal. The two men are set to discuss the means of implementing the unity government deal they signed last May.

Netanyahu is obviously under great pressure to continue with these talks. A day doesn’t go by without some US official or European leader talking about the need for talks, or a leftist politician or political activist at home blaming Netanyahu for the absence of peace. But none of this pressure can justify the damage that is done to Israel’s position by continuing to engage in these negotiations.

As Netanyahu’s own experience with Obama (and Wexler) shows, concessions never bring a respite from the US leader’s pressure. They only form the baseline for demands for further concessions.

Beyond the narrow confines of Obama’s personal hostility towards Israel, Netanyahu’s current engagement in negotiations with the Palestinians is devastating to Israel’s position in two ways.

First, it makes it impossible for Israel to extricate itself from the lie of PLO moderation and to start telling the truth about its Palestinian “partner.”

Quite simply, as Abbas’s continued courtship of Hamas and his open embrace and glorification of mass murderers such as the murderers of the Fogel family make clear, the PLO has returned to its roots as a terrorist organization. It is no longer credible to claim that the PLO has abandoned terror in favor of peace.

By engaging in peace talks with the PLO, Netanyahu renders it impossible to make this critical claim. Consequently, he damns Israel to a situation in which we continue to empower and politically legitimize a terrorist organization committed to our destruction.

The second way continued negotiations devastates Israel’s position is by eroding our ability to claim our rights to Judea and Samaria and so extricate ourselves from this fake peace process with terrorists. As Wexler made clear, from the international community’s perspective, everything that Israel offers at the negotiating table is catalogued. Regardless of Palestinian bad faith, irrespective of actual prospects for peace, every theoretical Israeli concession becomes the new baseline for further negotiations.

American “friends” like Wexler and Obama play Israel for a fool again and again.

In truth, we should thank Wexler for coming here this week and reminding us of his bad faith, and the bad faith of the president he serves. But it is up to Netanyahu to draw the appropriate lessons.