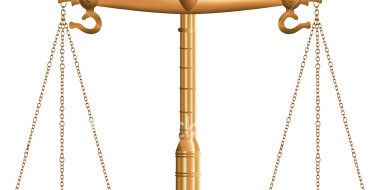 The world is continuing its rapid acceleration toward the Apocalypse due to lawlessness and debauchery and what is taking place in Israel and the Middle East.

In the United States, we have a political party responsible for putting people in homes that they couldn’t afford for votes, which collapsed the U.S. housing market and wiped out $7 trillion in home equity and sent shock waves through the economy.

The same political party approved abortion — which led to the slaughter of 55 million children in their mothers’ wombs.

President Barack Obama, Secretary of State Hillary Clinton and their political party fully endorsed and implemented the “lesbian, gay, bisexual, transgender” LGBT agenda. (Woe unto them that call evil good, and good evil; that put darkness for light, and light for darkness; that put bitter for sweet, and sweet for bitter! – Isaiah 5:20)

Furthermore, instead of approving domestic energy production, pipeline and refinery construction and tapping America’s vast energy resources, they have made the country more reliant on foreign sources of oil while taking hundreds of billions of dollars out of Americans’ pockets and sending the money to rogue nations.

Assisting their political party is a liberal church focused on social justice — which is a treatment of the symptoms rather than the root cause, which is sin.

Unrepentant sinners from these liberal congregations serve openly — even in the pastorate. (Know ye not that the unrighteous shall not inherit the kingdom of God? Be not deceived: neither fornicators, nor idolaters, nor adulterers, nor effeminate, nor abusers of themselves with mankind. – 1 Corinthians 6:9)

Yale professor H. Richard Niebuhr, in his book The Kingdom of God in America (1937), wrote that Protestant liberalism’s message and social gospel has led to a “God without wrath brought men without sin, into a world without judgment, through the ministrations of a Christ without a cross.”

Their leaders — through the World Council of Churches, the National Council of Churches and the Vatican — have joined the world community to call on Israel to give up the West Bank (Judea and Samaria) and East Jerusalem to Arabs who are committed to the destruction of the land of Israel. (I will also gather all nations, and will bring them down into the valley of Jehoshaphat, and will plead with them there for my people and for my heritage Israel, whom they have scattered among the nations, and parted my land. – Joel 3:2)

Interfaith meetings between Catholic and Protestant leaders, with Jews and Muslims who call for world peace, at the expense of the Gospel, and act as if there are many paths to God, and state publicly that Allah is the same God of the Jews and Christians. (But every spirit that does not acknowledge Jesus is not from God. This is the spirit of the antichrist, which you have heard is coming and even now is already in the world. – 1 John 4:3)

Major U.S. banks funded the corporate takeover boom that few people profited from while driving jobs overseas, raising significantly the costs of products on the shelves, driving down wages (which did not keep up with inflation), took a $770 billion American Taxpayer bailout, which was followed by exorbitant interest rates on their customers while their cost of funds were at record lows and then paid billions of dollar in bonuses to their employees the following years. (Yea, they are greedy dogs, which can never have enough, and they are shepherds that cannot understand: they all look to their own way, every one for his gain, from his quarter. – Isaiah 56:11)

Family photo ops for the Obamas and photos of the first family’s occasional trips to church (usually right after the President’s faith is questioned) are designed to win the public’s heart and support, but behind the scenes they are doing their scheming and planning.

The secular press from four of the five major U.S. TV networks and most major U.S. newspapers participates in the deception and refuses to hold the President accountable. (For His eyes are upon the ways of man, and he sees all his steps. – Job 34:21)

Half-truths mixed with lies have become a political art form in Washington and many other statehouses nationwide. (He that worketh deceit shall not dwell within my house: he that telleth lies shall not tarry in my sight. – Psalm 101:7)

Lawlessness and debauchery are running rampant in our streets, while Obama honors the sexually immoral at the White House every June at LGBT events and uses the Occupy Wall Street protests so he can further his socialist agenda, while spreading class division in the country. (A false witness that speaketh lies, and he that soweth discord among brethren. – Proverbs 6:19)

America’s brightest and most talented people from Harvard, Yale, Princeton, Columbia and other Ivy League universities who run Washington think tanks and influence policy at the White House, the State Department and on Capitol Hill have helped produce to the Arab Spring, which is an Islamists takeover of the Middle East, and spirally the region towards the Apocalypse.

After 50 years of involvement in the region, most of them still don’t understand Muslims and the Koran’s enormous influence. They speak as though they are just like any other people if given the right economic opportunities. (For the wisdom of this world is foolishness with God. For it is written, He taketh the wise in their own craftiness. – 1 Corinthians 3:19)

Islam’s apologist in chief, Barack Obama, said this in his “New Beginning speech from Cairo, Egypt, on June 4, 2009:

“But I am convinced that in order to move forward, we must say openly to each other the things we hold in our hearts and that too often are said only behind closed doors. There must be a sustained effort to listen to each other; to learn from each other; to respect one another; and to seek common ground. As the Holy Koran tells us, ‘Be conscious of God and speak always the truth.’

“As a student of history, I also know civilization’s debt to Islam. It was Islam — at places like Al-Azhar — that carried the light of learning through so many centuries, paving the way for Europe’s Renaissance and Enlightenment.

“I also know that Islam has always been a part of America’s story. The first nation to recognize my country was Morocco. In signing the Treaty of Tripoli in 1796, our second President, John Adams, wrote, ‘The United States has in itself no character of enmity against the laws, religion or tranquility of Muslims.’

“And since our founding, American Muslims have enriched the United States. They have fought in our wars, they have served in our government, they have stood for civil rights, they have started businesses, they have taught at our universities, they’ve excelled in our sports arenas, they’ve won Nobel Prizes, built our tallest building, and lit the Olympic Torch.

“And when the first Muslim American was recently elected to Congress, he took the oath to defend our Constitution using the same Holy Koran that one of our Founding Fathers — Thomas Jefferson — kept in his personal library.”

However, the truth that hundreds of millions of Muslims didn’t hear is that Thomas Jefferson fought wars with Muslim pirates who lived by the Koran. That is why he kept a copy of it — it was a war trophy. The wars he fought were called the Barbary Wars (1801-1805). Obama neglected to explain this in his speech.

No other world figures have had more to do with the rapid acceleration of apocalyptic events than American President Barack Obama and Secretary of State Hillary Clinton. Our nation and world may never recover from their time in office.

The provoking of God to judgment continues!