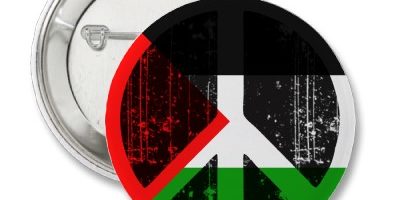 Last week Palestinian Media Watch revealed that the Mufti Muhammad Hussein, top cleric of the Palestinian Authority, had approvingly quoted a hadith calling for the genocide of Jews. Hussein, who was appointed to his post by PA president Mahmoud Abbas, did so at a ceremony marking the 47th anniversary of the Fatah movement. The moderator at the ceremony chimed in that “Our war with the descendants of the apes and pigs is a war of religion and faith.” As for Mufti Hussein, Prime Minister Binyamin Netanyahu ordered Israel’s attorney-general to investigate him for incitement.

Palestinian Media Watch now reports that the mufti’s words have drawn international condemnation. This, actually, doesn’t amount to much—far less than, for instance, the typical round of condemnations when Israel announces plans to build homes in parts of Jerusalem that the enlightened world thinks should be Judenrein.

Alistair Burt, the UK minister for the Middle East, said: “I condemn the inflammatory words used by the Grand Mufti of Jerusalem and others…. To refer to the Jewish people in such a way and to talk of killing Jews is anti-semitism, pure and simple.” More surprisingly—seemingly—Palestinian Media Watch also offers a quote from Americans for Peace Now. This organization, founded in 1981 to drum up support for its Israeli parent-organization, Peace Now, states that it

I was surprised by those seemingly unequivocal words, and checked the original statement on APN’s website.

Indeed, the context reveals that they weren’t unequivocal at all. Immediately after her above-quoted words, DeLee said further:

People in positions of religious authority, on all sides, bear a heavy responsibility of avoiding incendiary rhetoric. The Israeli-Palestinian conflict is a dispute between two national movements with conflicting claims to the land between the Jordan River and the Mediterranean. Clerics on both sides must prevent this conflict from being perceived as a religious conflict and from becoming one.

DeLee, then, quickly turned her censure of the mufti’s words into an admonition to “both sides.” The problem is that, presumably, neither she nor the organization she represents could be so ignorant as not to realize that this is disingenuous.

Incendiary statements about Palestinians by Israeli rabbis are rare, confined to a fringe, and heavily denounced by the mainstream—if not leading to arrest, as in a case last year involving a rabbi who wrote a preface to an obscure book arguing that non-Jews could be killed in certain situations in wartime. Mufti Muhammad Hussein is, as mentioned, the governmentally appointed religious leader of the Palestinian Authority, and made his statement on official PA TV. Still more significant is that his words were hardly a fringe phenomenon but, instead, a standard and typical part of the PA’s comprehensive campaign, through media, mosques, and schools, of anti-Israeli and anti-Semitic incitement.

That Americans for Peace Now could not bring itself simply to condemn a call for genocide of Jews and leave it at that, is actually what one would expect.

The parent-organization, Israel’s Peace Now, was established in the spring of 1978 about nine months after Israel had, for the first time in its history, elected a right-of-center government. As Kenneth Levin noted in an article exposing Peace Now’s intellectual and moral corruption, the group launched its political life by criticizing Prime Minister Menachem Begin for purportedly “not moving fast enough or being forthcoming enough” in his negotiations with Egypt. Since then Peace Now has always held the Israeli side responsible whenever its panacea of “peace” receded in bloodshed.

As Levin observes, it was “under the banner of Peace Now” that Israel embarked on the disastrous Oslo process in the early 1990s. By the mid-1990s, with the corpses from terror attacks already piling up, the group kept loudly demanding “peace now” in rallies attended by tens of thousands in Tel Aviv. And it kept demanding “peace now”—of Israel—even in the next decade when the terror attacks of what was called the Second Intifada reached even more horrific proportions.

The difference, though, was that by then Peace Now could no longer organize mass rallies and was rapidly shrinking in membership. Today, with the bulk of the Israeli population sobered by two decades of suicide bombings and rocket attacks, Peace Now is reduced mainly to harassing Israelis who live in Judea and Samaria. It petitions the left-leaning (until recently) Supreme Court to declare some of their communities illegal, and releases annual reports on Israeli construction in those areas that relate to it as a criminal enterprise.

Part of the corruption of Peace Now is its making of “peace” into an ideology. Peace can be a conclusion; that is, one could legitimately maintain at a particular time that one of Israel’s neighbors (or at least its leadership) was ready to lay down the hatchet. (Even then, experience has shown—with Egypt a dramatic recent case—that such situations are temporary.)

But according to the Peace Now ideology, peace is always, prima facie, available; Peace Now said so in 1978, it says so today, and it will say so ten or twenty years from now no matter what the mere reality on the ground. Given the premise, then, the only logical inference is that the failure to pluck this shining apple of peace is Israel’s, and always Israel’s.

Hence Peace Now, and its U.S. affiliate, is not capable of reacting appropriately to an outrage like Mufti Muhammad Hussein’s officially televised call to genocide. No sooner had President and CEO DeLee seemingly done so than she turned it into an opportunity to sternly warn “both sides,” the jihadist Palestinian Authority and democratic Israel. It’s yet another shameful display by a deplorable organization.

P. David Hornik is a freelance writer and translator in Beersheva, Israel. He blogs at http://pdavidhornik.typepad.com