'Israeli strike would be blessing for Iran's regime' 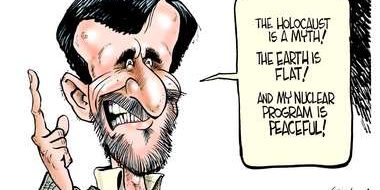 An Israeli strike on Iran’s nuclear facilities would be a blessing for the ayatollahs and would permanently silence the opposition to the Islamic Republic, a visiting Iranian dissident told The Jerusalem Post on Sunday.

“An attack would be a blessing for the Islamic Republic, a gift from God for them because then they could use this type of attack to play the victim around the world,” said Amir Abbas Fakhravar of the Confederation of Iranian Students (CIS).

Fakhravar added that an Israeli attack would not bring about a regime change in Tehran, and instead would bring Iran new sympathetic allies and would give it legitimacy in the eyes of the public it lost after the contested 2009 presidential elections.

“After 2009 and the Green Movement they lost their legitimacy in the country. It’s not hard to regain this legitimacy after an Israeli attack,” Fakhravar said.

He added that for a regime devoted to paranoid conspiracies blaming Israel for all of its peoples’ hardships, an Israeli attack would be all the proof that Tehran needs to focus the eyes of the public on Israel, effectively silencing dissent within Iran.

Instead of military action, Fakhravar believes that if the international community ensures tougher sanctions against Iran it can stop the drive for a nuclear weapon.

He said the central component in Iran is oil dollars, which give the regime the cash it needs to pay Basij militiamen and Revolutionary Guard soldiers. If the money dries up, according to Fakhravar’s logic, the regime would lack the means to pay its foot soldiers to crack down on unarmed demonstrators.

Fakhravar is in Israel along with CIS spokeswoman Saghar Erica Kasraie.

Fakhravar said he spent five years in Iranian prison for participating in student protests in 1999. During his imprisonment, he was repeatedly tortured, he said. In 2006 he defected to the United States and later founded the CIS and the Iranian Freedom Institute in Washington.

Fakhravar and Kasraie are in Israel for the first time. With talk of a possible military confrontation with Iran dominating the public debate in Israel, both spoke of their trip as an opportunity to present Israelis with a human face of Iran.

Both described Israel as being different from what they expected, namely, that it is not a fortress with security personnel on every corner, rather, a place where people appear to live normal, happy lives.

On Sunday, they toured Jerusalem, Bethlehem and a number of other historical sites. Fakhravar said he interviewed Israelis he met for a weekly TV show he produces, to show Iranians “that Israelis are normal human beings, lovely people, and to show that we should have relations with them.”

Kasraie said she has been intrigued by Israel so far, and said, “I came to this country because I wanted to help bridge the gap and build bridges between people.”

She also said that in Iran the state-run media has spent years “brainwashing the people to believe that Israel is such a monster and these days, everything the government has made forbidden the Iranian people want to question why. So I think our visit is important in helping break that taboo.”

When asked what she thinks about an Israeli military strike on Iran, Kasraie did not mince words.

“We want to make the message very clear that a military attack will not help the opposition get rid of the mullahs,” she said. “There’s a much cheaper alternative to war, to that kind of military interaction, and that is an oil embargo, which would just take some brave world leaders standing up to say, ‘Don’t buy Iranian oil.’”