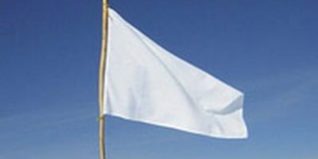 The European Union has agreed to an “unprecedented” set of sanctions against Iran, banning the importation of Iranian oil to its member states while also imposing currency and commodity sanctions on Iran’s central bank. But far from forcing Iran into a corner, the latest sanctions leave a backdoor open to the regime, affording it more time and cover to pursue its nuclear objectives.

Three of the weakest economies in Europe will be hit hard by the oil embargo. Italy, Greece, and Spain import 68% of EU oil from Iran. All three nations are in the midst of a sovereign debt crisis that won’t be improved by the scramble to replace the supply of oil from Tehran.

The EU also agreed to ban sales of petrochemical supplies to the Iranians as well as freezing the assets of Iran’s central bank. Gold, silver, and other commodity deals will also be banned.

But, as proof that these tough sounding sanctions will have the bite of a toothless lion, the ban is not scheduled to take effect for several months — July 1 — as EU nations need time to replace the oil imported from Iran with other sources of supply. This will give the Iranians plenty of time to find other buyers for their oil — if they don’t close the spigot to Europe immediately. The official Fars News Agency quoted one Iranian official suggesting that Tehran should halt sales to Europe now “so that the price of oil soars and the Europeans … have trouble.”

The Iranians have also once again threatened to close the Strait of Hormuz, but most analysts see that as a bluff since Iran doesn’t have the firepower to stand up to the US Navy, which would almost certainly be called upon to keep the Strait open.

Some states, such as Greece, pleaded with the EU not to impose any oil sanctions at all, or at least, radically alter the terms of the ban. The Greeks import about 20% of their oil from Iran on extremely favorable terms and covering the shortfall and getting the same deal from other oil producing states will almost certainly prove to be impossible. Considering the precarious nature of the Greek economy and an angry, restive populace, civil unrest is not out of the question if gasoline prices skyrocket.

Thus, another round of sanctions against Iran, designed to bring Tehran back to the negotiating table in order to convince the regime to halt its uranium enrichment program, continues to reveal the paralysis of the world community in the face of a determined, radical, terrorist state that is undeterred in its drive to possess the ultimate guarantee against mocking the prophet. The thought of the most powerful weapon on Earth in the hands of the most irresponsible nation on the planet doesn’t seem to elicit much in the way of urgency on the part of any nation in the world — except Israel, of course. And Prime Minister Netanyahu appears to be in a wait-and-see mode as far as sanctions are concerned — at least for the moment. Washington has warned Israel several times not to attack Iran on its own, but the Israeli government doesn’t seem confident that the sanctions will halt Tehran’s drive to possess nuclear weapons.

There have been 4 rounds of sanctions against Iran passed by the United Nations. Each round in itself is severely underwhelming. Beginning in December 2006, the Security Council banned the sale of nuclear related materials and froze the assets of some regime officials. In March 2007, the UN expanded the asset freeze and slapped an arms embargo on Iran. In March of 2008, the asset freeze was extended again, and member states were authorized to monitor ships and planes headed for Iran as well as individuals involved in the nuclear program.

The last round of international sanctions passed in June of 2010, froze the funds of individuals and businesses connected to the Revolutionary Guards and went after the financial sector of the Iranian economy.

In addition to international sanctions, about a dozen individual states — including the US, the EU, Japan, and Australia — have added their own national sanctions on everything from penalizing companies that do business with Iran to preventing the sale of oil and gas equipment to replace Tehran’s aging oil infrastructure.

The result? Pitifully minor annoyances to the Iranian economy and little evidence that it has slowed the mullahs’ drive to build a nuclear weapon. During the time that the sanctions have been in place, the Iranians have installed 5,000 working centrifuges at their main enrichment facility in Nantanz that is busy enriching hundreds of pounds of uranium, completed construction of the reactor at Bushehr and made it operational, constructed at least one and probably more smaller enrichment facilities such as the one built into a mountain outside of Qom, and, according to the nuclear watchdog agency, the IAEA, are rapidly developing the technical capability to marry a nuclear bomb to their missiles.

To be fair, there is some evidence that the last round of sanctions against Iran’s central bank have generated the kind of pain they were designed to cause. The only problem; it is ordinary Iranians who are feeling the pinch as inflation has soared 50% for some basic food items like meat and milk. The economy is a wreck — more a result of mismanagement by the government than the sanctions — and there is some indication that the oil sector of the economy is beset by supply problems as spare parts and new equipment are hard to come by.

But Ivan Eland, a senior fellow with the Independent Institute, writes in the Washington Times that sanctions rarely work:

The problem with all sanctions is that they erode over time as the target nation redirects its products to countries that aren’t participating in the sanctions or finds ways to trade illegally with entities in the sanctioning countries. With such market “reordering” and outright evasion, the target country is rarely starved of export revenues.

Specifically with regard to Iran, Eland notes that “despite the existing sanctions on Iran’s petroleum sector, the country exported some $71.6 billion worth of petroleum products in 2010, according to the Organization of Petroleum Exporting Countries (OPEC).”  And the Iranians have said that 2011 was even better.

Noted above, the sanctions have had little effect on the ability of the Iranians to progress toward building a nuclear weapon, although there is some evidence that efforts to prevent the Iranians from upgrading their centrifuges, as well as continue their rapid development of ballistic missiles have achieved limited success. A recent UN report on the effectiveness of the international sanctions notes “sanctions are slowing Iran’s nuclear programme but not yet having an impact on the decision calculus of its leadership with respect to halting enrichment and heavy water-related activities.”

But it is far too little and it is becoming far too late. The chimera that the “decision calculus” of the regime factors in the suffering of ordinary people, or even the modernization of its aging oil sector is more of the same: the international community fooling itself into thinking that the Iranians can be deterred from possessing a nuclear weapon through the kind of sanctions that have been imposed thus far.

A total embargo of oil sales from Iran coupled with an attempt to interrupt its importation of gasoline would be more to the point as far as imposing sanctions with bite. But the world economy can ill afford to lose Iran’s 4 million bbl of oil a day without a serious shock to prices — a shock that the fragile economic recoveries in the West would be ill-prepared to manage. And while Iran used to import about a third of its refined gasoline, that has changed over the last 3 years, as rationing and a slowing economy have closed the gap between what Iran can refine in country and what it must get from outside sources.

In short, there is no magic combination of sanctions that can induce the Iranians to halt their enrichment activities. There never has been. As long as the current leadership is in power, Iran will continue its steady progress toward the inevitable. Even if the Iranians agree to sit down with the EU and US to negotiate, there is little the West can offer the Iranians that would change their minds. More likely, they would use the talks to buy time to create the capability of constructing a weapon in a matter of months — or weeks.

European Union leaders cannot really believe the additional sanctions they have imposed will act as a deterrence, or force the Iranians to the negotiating table, or do anything except make the creaky Iranian economy seize up with ordinary Iranians taking the brunt of the sanctions’ effects. It is more of the same from the international community — playing a myopic game of make-believe that by imposing sanctions on Iran, they are making a whit of difference in Tehran’s hegemonistic plans to dominate the region and wipe the state of Israel off the face of the Earth.