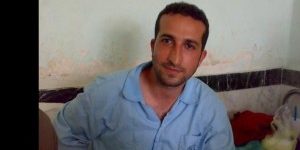 There has been a wave of violence targeting Iranian and Syrian Christians over the past month, say Christian news reports.

In addition, Iranian Pastor Youcef Nadarkhani, who has been on death row since 2010 for seeking to register his home-based church, refused to renounce his Christian beliefs in exchange for his release from prison. He was also jailed for questioning the role of Islam as the dominant form of religious instruction in his children’s school.

According to a report on the website of the International Christian news agency BosNewsLife, “Iranian Pastor Youcef Nadarkhani has rejected an offer to be released from prison if he publicly acknowledges Islam’s prophet Mohammed as ‘a messenger sent by God,’ well-informed Christians and rights activists said” earlier this month.

While Iran’s opaque judicial system coupled with the lack of access for most Western media makes it difficult to verify the new coercion against Nadarkhani, the reports are considered reasonable in light of the Iranian regime’s intense crackdown on its Christian population over the years.

In an e-mail to The Jerusalem Post on Sunday, Giulio Meotti, an Italian journalist with Il Foglio and author of the book A New Shoah, wrote “After the ethnic cleansing of Jews in 1948 from the Arab countries, Islamic fundamentalism is now trying to push away the Christians from the region. They want to establish a pure Islamic environment and the mass exodus already began under our noses.”

Meanwhile, the Pakistan Christian Post wrote last week on its website, “The Christian community in Syria has been hit by a series of kidnappings and brutal murders; 100 Christians have now been killed since the anti-government unrest began. A reliable source in the country, who cannot be identified for their own safety, told Barnabas Aid that children were being especially targeted by the kidnappers, who, if they do not receive the ransom demanded, kill the victim.”

The Pakistan Christian Post website noted “Two Christians were killed on January 15 as they waited for bread at a bakery. Another Christian, aged 40 with two young children, was shot dead by three armed attackers while he was driving a vehicle.”

Meotti, the Italian Journalist who has written extensively on Christians in the Mideast region, told the Post “In Syria Christians will be persecuted after Assad’s eventual fall, since they were the most loyal allies of the Baathist regime. Christians will be slaughtered or squeezed. From Cairo to Damascus, Arab Christian era is near to its end everywhere.”

Many critics of Assad’s regime, however, view Assad as exploiting sectarian conflicts in Syria to solidify his repressive security apparatus, which has resulted in the killings of over 5,000 pro-democracy supporters in Syria.

“Of course Assad is using the power of fear to manipulate the Christians. He is directing these bishops and patriarchs to say what suits him,” Pascal Gollnisch, a Catholic priest and director of l’Oeuvre d’Orient, told the French news organization F24 in December.

The Paris-based organization seeks to shield Christians from persecution mainly in the Middle East region and is part of the Archdiocese of Paris.

Clifford D. May, the president of the Washington-based Foundation for Defense of Democracies and a former New York Times reporter, has long argued the persecution of Christians in numerous Muslim-majority countries is the most pressing news story ignored by the mainstream media.

He told the Post “If the situation were reversed, if such a war were being waged against Muslims, it would be the top story in every newspaper, the most urgent item at the UN, the highest priority of all the big-league human-rights groups.”

The US-based media watchdog organization the Committee for Accuracy in Middle East Reporting in America (CAMERA) held on Saturday a conference titled “The Persecuted Church: Christian Believers in Peril in the Middle East.”

Dr. Richard Landes, an associate professor of history and director and cofounder of the Center of Millennial Studies at Boston University, who spoke at the CAMERA event, wrote the Post on Sunday: “there’s a bizarre, eery, indeed terrible (a-)symmetry between the nearly hysterical concern of the media and the ‘progressive’ NGOs etc. about Israeli violations of the Palestinian ‘human rights’ and the nearly total silence about the horrendous things happening to Christians in Muslim majority countries, not necessarily at the hands of their neighbors but of Salafists, Jihadis, etc.”

Landes added that “it all illustrates Charles Jacobs’ notion of human rights complex – the thing that gets western ‘human rights’ folk indignant has nothing to do with the victims of their sufferings, but the . If white, hysteria; if of color, embarrassed silence.

“There’s a racism inherent in this – we don’t expect anything from people of color, we hold whites to a much higher standard – and the result is that truly horrendous stuff gets ignored.”