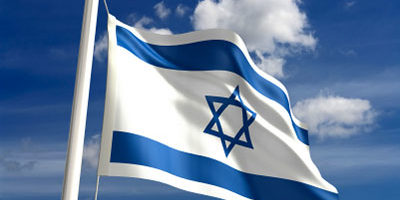 BY RIVKA BOROCHOV, UNITED WITH ISRAEL—

When the Biblical Joseph predicted that Egypt would suffer a major famine thousands of years ago, he told the Pharaoh to store grain for seven years. His foresight kept the people in the region from starvation. Prof. Shlomo Navarro, an Israeli environmental food specialist, is taking the same approach today.

Intuitively, Navarro suspects that the Biblical Joseph kept the grain underground, which today would be a costly and unwieldy solution. Since the Bible provides few details on how Joseph stored the grain, Navarro can only imagine he applied the same basic scientific principles: hermetically seal the grain so oxygen, water, sunlight and pests can’t get in or out.

Once the grain is inside this cocoon –– along with the insects and insect eggs naturally found in it –– if air can’t enter or leave, the carbon dioxide level will eventually rise and kill off the bugs. Sounds simple, but in practice this is harder to accomplish than one might think.

Navarro’s modern-day product, now owned and sold by the American company GrainPro as GrainPro Cocoon, is helping Africans, South Americans and Asians survive famines and save grain in a cost-effective and simple way.

The core technology is in the cocoon material, which is designed for open desert conditions, like in Africa and South America where storage facilities are poor or unavailable. The cocoons can be used multiple times for many years under harsh climatic conditions.

The GrainPro Cocoon is essentially a large plastic bag, durable against tears and damage from sunlight. The unit is hermetically sealed so nothing can get in or out.

“Why don’t farmers buy plastic bags and use them? To store grain properly, you need special features,” Navarro explains. “Not all plastic bags have the same flexibility or durability under the sun. You need something that is elastic and doesn’t tear easily. You need something that gives you a high level of probability that oxygen won’t enter the bag, or cocoon. These are important points.”

The idea came to Navarro when he was working as an agricultural researcher. “I thought the existing solutions, all the chemicals, are really harmful to the environment and to people. I thought we had to develop alternative, environmentally friendly solutions, like biological methods.”

This is what brought him to think of the ancient Joseph. “If you keep the commodity under hermetic conditions, the result is you get a healthy product without the damage that might be caused by the organisms,” he says.

Navarro estimates that millions of units of this very practical, inexpensive and effective grain storage technique have been sold since going commercial in the late 1990s. Developed through the US-Israel Science and Technology Foundation back in the 1980s, the cocoon was previously marketed by a kibbutz specializing in plastics.

Navarro, a serial entrepreneur, got his start as a principal scientist in the Department of Food Science of the Volcani Center-Israel Agricultural Research Organization in Beit Dagan.

His innovations for safe storage of pulses, grains, seeds, dried fruits and other stable bulk products were all, like the GrainPro Cocoon, developed to be user-friendly in order to protect food without toxic pesticides. Today he is a worldwide authority on durable commodities storage with a strong emphasis on insect control in a safe environmental way.

Recently, 4.3 million metric tons of rice were put into storage in a new facility in Colombo, Sri Lanka using the GrainPro Cocoon. In the past, because of poor storage capabilities, some 15 to 20 percent of that amount of rice would be lost.

GrainPro is also on display at a demonstration site in Rwanda, where Africans from far and wide come to see how this product can help them save grain, money, the environment and even people’s lives.