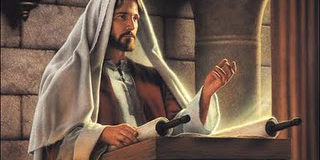 Rabbi Shmuley Boteach revels in speaking publicly about topics most Orthodox Jews avoid. In 1999, he gained worldwide popularity with his best seller “Kosher Sex.” He has since written more than 20 books, among them “Kosher Adultery” and “The Kosher Sutra.” And while Boteach’s newest work – due to be released on February 1 – does not take on the issue of sex, it promises to be no less controversial than his previous works.

“Kosher Jesus,” Boteach’s first book published in Israel, asserts that because Christians no longer consider Jews to be their enemies, it is therefore time to recognize Jesus as a Torah-abiding Jewish patriot.

“This book is telling the Jews to reclaim Jesus, the authentic Jesus, the historical Jesus, the Jewish Jesus” and to be inspired by his “beautiful” teachings, the U.S.-born author and TV show host told Anglo File this week in Jerusalem. “It’s asking Christians to make an effort to enrich their Christianity through an understanding of the Jewishness of Jesus.”

“Suddenly we have evangelical Christians emerging as the foremost supporters of the state of Israel,” he said. “We have this political alliance. What is a lacking is a theological bridge.”

“Christians don’t know the Jewish Jesus,” Boteach continued. “They know the Christ-divinity but not the Jewish man Jesus. There’s a need to discover the humanity of Jesus.”

“Kosher Jesus” amalgamates research (mostly by Hyam Maccoby ) which suggests that the gospels give the wrong impression of Jesus. “There was a lot of embellishment and editing,” Boteach said. “We have to remember Paul never met Jesus. He cannot offer us a first-hand account of Jesus’ life.”

Christian scripture “doesn’t add up” when it portray Jesus as a self-hating Jew, or when it lists sins that allegedly led Jews to condemn him, Boteach said. Jesus never declared himself God or meant to abolish Jewish law, he asserts.

And the fact that Jesus thought of himself as the messiah shouldn’t bother Jews, he insists: “I could declare myself the messiah right now. There’s nothing blasphemous about this,” Boteach said. “I even encourage people to have a certain messianic tendency in their lives, a desire to redeem the world.”

Boteach said he regrets that Jews allowed Jesus “to be ripped away from them without even a fight.”

“We just accepted a Christian interpretation of his life and narrative,” he said. “One of the most influential people of all time is seen as a Christian who loved the Romans and said about the Jews that they are all the children of the devil.”

But “Christian ideas of Jesus as divine messiah emerged as a savvy adaptation following the destruction of the Second Temple,” Boteach explained. Once Jews understand that, he writes that they “can take inspiration from Jesus’ often beautiful ethical teachings and appreciate Jesus as a devoted Jewish son who became martyred while trying to lift the Roman yoke of oppression from his beloved people.”

Jesus as ‘a model rabbi’

If precedent is any indication, “Kosher Jesus” is bound to stir up controversy. Two years ago, Rabbi Shlomo Riskin, the New York-born Orthodox rabbi of Efrat, was attacked for saying Jesus was “a model rabbi.” He later retracted that statement, stressing that Jesus was “not a rabbi in the classical sense of the term.”

But Boteach says he does not fear the repercussions of referring to Jesus as a rabbi in his book.

“I lived my whole life with criticism. The Talmud says that you learn more from your critics than you do from your fans,” he said.

“America’s Rabbi,” as Boteach is called on his website, is no doubt a polarizing figure. Some admire his chutzpah, while others often find him to be arrogant. Indeed, in his new book – which he expects will become “seminal” – he writes that Pope Benedict XVI asked him for an autographed photograph. In the next paragraph, he pokes fun at himself when he thanks his parents “for giving the world such a beautiful gift in the form of me.” Glenn Beck, the controversial U.S.-Christian media personality, hailed “Kosher Jesus” as a “must-read for everyone willing to venture slightly out of their comfort zone.”

Manchester-born Rabbi Jeremy Rosen called the book “a fun romp” that “makes you think and examine your own ideas.”

But in Rosen’s review of the book, he also writes that religious leaders do too much to persuade others to change their ideas.

Rosen quotes the late Rabbi Josef D. Soloveitchik, who maintained that Jews should engage in interfaith relations only when dealing with matters of joint concern, but should avoid theological debates.

“That was right for his time. It’s not right for our time,” Boteach said of Soloveitchik’s approach.

“Christians are our best friends today,” he said. “There has to be a discussion of the theology. You can’t have this 600-pound gorilla in the room and just ignore it.”

Boteach, who recently attended a large Christian pro-Israel gathering, said he found it irritating that participants avoided any mention of Jesus for fear of offending Jews.

“It’s weird. How can you have a relationship with close friends and you can’t talk about the most important thing in their life and the most famous Jews that ever lived?” Boteach asked.

“My book says we Jews and Christians understand Jesus in very different ways, and that’s OK,” Boteach said. “But now, let’s have a conversation.”