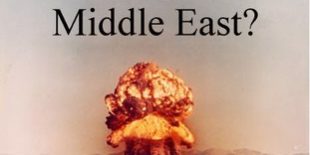 Thousands of US troops began descending on Israel this week. Senior US military sources told DEBKAfile Friday, Jan. 6 that many would be staying up to the end of the year as part of the US-IDF deployment in readiness for a military engagement with Iran and its possible escalation into a regional conflict. They will be joined by a US aircraft carrier. The warplanes on its decks will fly missions with Israeli Air Force jets. The 9,000 US servicemen gathering in Israel in the coming weeks are mostly airmen, missile interceptor teams, marines, seamen, technicians and intelligence officers.

The incoming American soldiers are officially categorized as participants in Austere Challenge 12, the biggest joint US-Israeli war game ever held.

The maneuver was originally designated Juniper Stallion 2012.  However, the altered name plus the comment heard from the exercise’s commander, US Third Air Force Lt. Gen. Frank Gorenc, during his visit two weeks ago, that the coming event is more a “deployment” than an “exercise,” confirmed that Washington has expanded its mission. The joint force will now be in place ready for a decision to attack Iran’s nuclear installations or any war emergency.

Our sources disclose that it was decided at the last minute in Washington and Jerusalem to announce the forthcoming Austere Challenge 12 on Thursday night, Jan. 5, ahead of the bulletin released by Tehran about another Iranian naval exercise at the Strait of Hormuz to take place in February, although its 10-day drill in the same arena only ended Monday, Jan. 2.

British Defense Minister Phillip Hammond, on a visit to Washington, was brought into the discussion.

The handout circulated to US correspondents from Hammond’s talks in the US capital affirmed that Britain stands ready to strike Iran if the Strait of Hormuz is closed.

However, that phrase was omitted from the British minister’s remarks at a news conference, following a last-minute request from Panetta, signifying the Obama administration’s interest of keeping a low profile on plans for attacking Iran.

Tehran too is walking a taut tightrope. It is staging military’s maneuvers every few days to assuring the Iranian people that its leaders are fully prepared to defend the country against an American or Israeli strike on its national nuclear program. By this stratagem, Iran’s ground, sea and air forces are maintained constantly at top war readiness to thwart any surprise attack.

The joint US-Israeli drill will test multiple Israeli and US air defense systems against incoming missiles and rockets, according to the official communiqué.

DEBKAfile’s military sources add that they will also practice intercepting missiles and rockets coming in from Syria, Hizballah in Lebanon and Hamas in the Gaza Strip.

It will not be the first time a US aircraft carrier docks in Israel for joint operations with the Israeli Air Force. On June 9, 2010, the USS Truman dropped anchor opposite Israel to test a joint deployment against Iran and its allies. The carrier and its air and naval strike force then staged joint firing practices with the Israeli Air Force over the Negev in the South.
Washington and Jerusalem are doing their utmost to present a perfectly synchronized military front against Iran: American officers are stationed at IDF command centers and Israeli officers posted at the US European Command-EUCOM. At the same time, DEBKAfile’s military sources disclose that full consensus has not been reached on every last particular of shared operation against Iran, should one go forward.