Why US won't be center stage in new Israeli-Arab talks 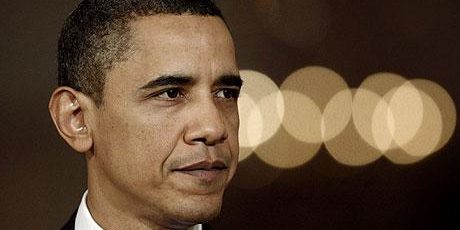 The United States won’t take its usual center-stage position when Israeli and Palestinian negotiators meet today for their first direct talks in more than a year.

The talks, set for Amman, Jordan, are designed to explore the potential for a return to formal direct peace negotiations, which collapsed in October 2010. They will include one meeting between Israeli and Palestinian representatives and another for those envoys to meet with the Quartet, the four world powers — the US, the European Union, Russia, and the United Nations — that have been pressing for a return to the negotiating table.

But the absence of the US from its traditional lead role is a telling sign of three realities, some Mideast experts say:

Secretary of State Hillary Rodham Clinton did issue a statement Sunday lauding Jordan’s role in arranging the latest talks and underscoring US support for resumed negotiations. “We are hopeful that this direct exchange can help move us forward,” she said, adding that “the status quo is not sustainable and the parties must act boldly to advance the cause of peace.”

Israel is expected to be represented at the meetings by Yitzhak Molcho, Prime Minister Benjamin Netanyahu’s envoy, while the Palestinians are sending negotiator Saeb Erekat. Speaking with reporters in Ramallah Monday, Mr. Erekat said he does not expect the talks to deliver any major breakthroughs.

Today’s talks occur under something of a deadline. In late September the Quartet called on the Israelis and Palestinians to deliver within 90 days “comprehensive proposals on territory and security” to serve as bases for direct negotiations.

Yet while few experts expect anything significant to happen by the Jan. 26 deadline, most observers say both the Israelis and Palestinians have reasons for agreeing to the Amman talks.

The Palestinians may have their eyes set ultimately on the UN and efforts they launched there last fall to win global recognition.

One scenario, Mideast experts say, is that the Palestinian leadership could use the expected failure of the talks to revive its push for official UN recognition of a state of Palestine. The Palestinians could point to both the presumed failure of the Quartet’s initiative and to what they argue is Israel’s refusal to take serious steps toward peace.

Israel has countered that is is willing to resume peace negotiations without conditions.