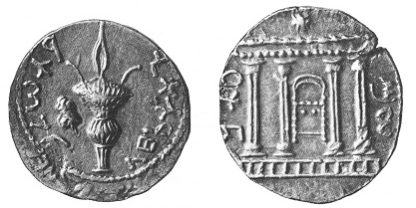 The more things change, the more they stay the same. Nothing could attest to that fact more than the Israel-Arab conflict, which in reality is the Israel-Islamist conflict.

This is not a territorial dispute between Israel and those Arabs who call themselves Palestinians, though it is framed as such.  No, the stark reality of the Muslim war against the Jewish state is rooted in one fundamental fact; namely the unchangeable refusal by Muslims to ever accept a non-Islamic nation in territory once conquered in the name of Allah, even if that nation – the Jewish nation – precedes Islam by millennia.

Peace overtures and endless territorial concessions by tiny Israel to the giant Muslim and Arab world have been, and are, as worthless as a thirsty soul in the desert seeking to survive by staggering towards an inviting but delusional mirage.

Back in 1976, Prime Minister Golda Meir visited Britain and was asked what needed most to be done for her country in combatting the relentless challenge to Israel’ survival in a hostile media. Her answer was: “Tell the people the basic facts about Israel and Israel’s case over and over again.” She also said, “There are no such people as Palestinian Arabs.”

Speaker Newton “Newt” Gingrich bravely and forthrightly echoed Golda Meir’s words, albeit 35 years later; but better late than never. It was crucial in Golda Meir’s time to pronounce the truth about the invented Arab people who call themselves Palestinians, but even more vital today. The world must be told the facts – not the myths – for it is fast succumbing to a veritable anti-Israel propaganda blitzkrieg, believed by legions of the confused and gullible who worship at the false altar of moral equivalence and liberal kumbaya.

Those who see clearly accept that Israel’s Muslim neighbors will never be able to reconcile themselves with a non-Muslim state unless Islam reforms itself, and it cannot do that without self-imploding.

Since 1973, when the same Muslim-Arab world attacked Israel on the holiest day of the Jewish calendar, members of the “religion of peace” have sensed a growing opportunity to destroy Israel, root and branch. Even now, Iran’s mullahs and the devil-clown, Mahmoud Ahmadinejad, call not only for the destruction of the embattled Jewish state but for the extermination of Jews worldwide.

In this they echo the same call by Gaza’s Hamas rulers; the junior partner of the Muslim Brotherhood. For such words not to be condemned utterly by nation states reveal the moral decay so prevalent in the world today; just 66 years since the Holocaust ended.

Entire books have been written about the basic facts of Israel’s place in the family of nations as both a state and a people. Their purpose has been to explain why Israel and its people claim the right to an independent state in a small corner of the Middle East; roughly one quarter of the geographical area known as Palestine and a territory that has never been an independent state by that name in all of recorded history; certainly never an Arab state.

Newt Gingrich finally and bravely set the proverbial cat amongst the pigeons when he showed that historical correctness trumps the world’s pathetic obsession with so-called political correctness. He said it right: “The Palestinians are an invented people.”

It is Judea and Samaria (known by its Jordanian Arab name, the West Bank) which now a hostile world wishes to snatch from Israel and give to those Arabs who fraudulently call themselves Palestinians. This will create an anti-Israel terror state within the ancient Jewish patrimony and biblical heartland.

It is passing strange that the world calls the tiny territory by its Jordanian Arab name, the West Bank, even though the Jordanian Arab Legion illegally occupied it for a mere 19 years from 1948 until 1967. And the same world now ignores that immense Jewish history stretching over millennia when it was known as Judea and Samaria, preferring to use an artificial Arab description of the western bank of the River Jordan. This is clearly an anti-Jewish bias by a sick world.

If a terror entity called Palestine emerges, Israel will be reduced to less than 10,000 square miles – much less than one hundredth of the surrounding Arab world which enjoys a land mass of some 5,000,000 square miles – and that does not include the vast territory of the non-Arab Muslim world, including Iran, Turkey, Pakistan, Bangladesh and Indonesia.

The basic facts, which should be self-evident, need to be repeated again and again as Golda Meir urged nearly 40 years ago. Perhaps the following is the most basic and pernicious falsehood leveled at the reconstituted Jewish state. It is predictably made by a hostile Muslim and Arab world but it is echoed by their useful idiot supporters in the West.

The charge is this:

After the destruction of Jerusalem by the Romans in 70 AD, the Jews lost their country and forfeited any right to it by going into exile for nearly 2,000 years.

Indeed, the destruction of Jerusalem ended with appalling loss of life. But the Jews maintained a continuous presence in their homeland and it is this continuity which gives them an absolute, inalienable right of self-determination, historically, spiritually and politically in the reconstituted Jewish state.

In AD 132, the charismatic Jewish hero, Simon Bar Kochba, rallied his countrymen against continued Roman persecution and another war of liberation – the second Jewish uprising – was launched against Rome. His Jewish warriors freed large areas of the homeland from the Roman yoke, just as Jewish fighters had similarly freed the homeland from Greco-Syrian occupation in 165 BC, liberating Jerusalem and the Holy Temple and giving the world the festival of lights, Hanukah, which every year falls on the 25th day of the Hebrew month of Kislev.

Bar Kochba (known as Son of the Star) also liberated Jerusalem but the Roman Emperor, Hadrian, who wanted to build a giant temple to the god, Jupiter, in place of the Holy Temple, sent an army of 35,000 soldiers against the Jewish warriors. After a three year desperate struggle, the Jewish resistance ended at the fortress of Betar. It is estimated that in the ensuing Roman repression some 500,000 Jews were either killed or sent into slavery throughout the Empire.

Even after this second catastrophe, the Jews nevertheless remained an absolute majority in the land up until the 5th century AD and they were the most important single community up until the Arab conquest in the 7th century.

In 1099 the Crusaders arrived outside Jerusalem, having massacred thousands of Jews along their way from Flanders, through the Rhineland, and on to the Holy Land where both Jews and Muslims were killed. On July 15th, 1099, after enduring a six week siege, the “Franks” broke into the city and the entire Jewish population of Jerusalem was forced into the chief synagogue, the building set on fire, while the Crusaders marched around it singing, “Christ we adore thee,” in a diabolical accompaniment to the screams of the men, women and children burning alive. The bloodbath temprarily ended when Emperor Henry 1V protested to Pope Clement 111 at the abhorrent behavior of those irregular bands of crusaders who had committed the atrocities.

In the ensuing centuries, during which the land was invaded by successive alien conquerors, the Jews maintained themselves in whatever numbers they could sustain. In fact they re-founded the holy Jewish city of Tiberius in Galilee three separate times. In the 16th century, some 15,000 Jews lived in another holy Jewish city, Safed, in Upper Galilee; a center of Jewish mysticism known as kabbalah.

Throughout the dark centuries of exile, Jewish pilgrims and refugees returned again and again to restore the ancestral Jewish homeland. Jewish prayers and festivals recited and celebrated in synagogues throughout the Diaspora, then as now, are based in large part upon the agricultural cycle of ancient Israel: Another testament to the inextricable links to the Land of Israel within the Jewish faith.

In the 1850s the first Jewish agricultural villages were established in what was then largely barren and empty territory under Turkish Ottoman occupation. By 1844 the Jews constituted the largest community in their eternal Jewish capital, Jerusalem.

In that year, according to the Prussian Consul, there were 7,120 Jews, 5,000 Muslims, and 3,390 Christians in Jerusalem. Even before the State of Israel was re-established in 1948, Jerusalem was primarily a Jewish city with 100,000 Jews out of a total population of 165,000. Many of the non-Jews were not Arabs at all but Europeans, Americans, Ethiopians and other Christians.

The assertion that Jewish ties to the ancestral homeland came to an end in 70 AD is utterly without foundation. It has remained unbroken since Abraham, the first Jew, came to Hebron, the other Jewish holy city, and purchased a burial plot for his wife, Sarah and for his son, Isaac, his grandson, Jacob and their wives: the Patriarchs and Matriarchs of the Jewish people, most of whom are buried in Hebron.

The truth then is that Jews always maintained a continuous presence in their own land despite the depredations of a succession of alien occupiers. There is an absolute continuity between the Israel of the Bible and the Israel of today.

And when Jews have been few in number inside Israel itself, they have nevertheless continued to pray for its welfare daily, to pray daily for their return to nationhood, to recount the Biblical promises, and to pray for a quick return.

This is continuity par excellence. This is a basic fact and Newt Gingrich, to his credit, articulated it for all to hear. Why is this important? Because part of the Big Lie of today is to deny Jewish continuity in its ancestral, aboriginal, and biblical homeland and to falsely consider the Jews illegitimate newcomers to the land who can legitimately be pushed out.