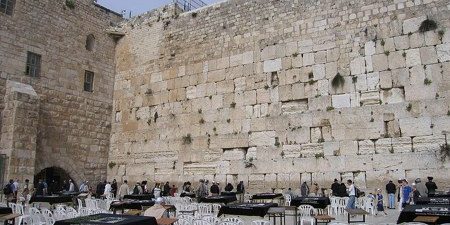 On Monday night, hooligans identified with the national religious camp staged three unlawful, and in at least one case violent, protests against the IDF.

First, several dozen people surrounded by hundreds of reporters pretended to set up a new settlement along the border with Jordan. Their aim was to protest Jordan’s opposition to repairing the Mugrabi Bridge through which Jews and Christians alight to the Temple Mount in Jerusalem.

The second and third protests’ declared aim was to prevent the IDF from carrying out orders to destroy Ramat Gilad, a small enclave of homes in Samaria located on land owned by rancher Moshe Zar and named for his son Gilad who was murdered by Palestinian terrorists in 2001.

At one protest, rioters entered the Ephraim Brigade’s base for several minutes and vandalized vehicles and spray-painted equipment.

It was the last protest that was truly violent. Hooligans allegedly stoned passing Palestinian vehicles and threw a stone at the car belonging to the deputy brigade commander and injured him.

Violent riots of this sort are virtually unheard of in the national religious sector. The community’s devotion to IDF service is so strong that soldiers from the sector are overrepresented in all combat units. Over the past 15 years they have effectively replaced the kibbutz movement as the backbone of the IDF.

It was due to the community’s dedication to the military that the protests against the IDF’s implementation of the Sharon government’s order to expel some 10,000 citizens from their homes in Gaza and Northern Samaria in August 2005 were almost entirely nonviolent.

Viewed in the context of the community’s loyalty to the IDF, the unlawful, ant-IDF riots Monday night were the sort of “man bites dog” story that it was reasonable to assume the media would pounce on.

It could be reasonably assumed that a responsible media would ask how has this happened? What motivated young religious Zionists to attack IDF officers with stones? Why are they breaking the law?

But alas, in their wall-to-wall coverage of the protests, the media asked none of these questions. Rather, the media mischaracterized the riots as a “dog bites man” story and set about using the unlawful actions of these young hooligans as a means of criminalizing the entire national religious community.

In just two representative examples, while every communal political and religious leader condemned the protests, Yediot Aharonot’s chief commentator Nahum Barnea blamed the protests on “incitement from rabbis in Judea and Samaria.” Army Radio talk show host Razi Barkai and his guests used the riots as an excuse to demonize the national religious camp in terms not heard since the immediate aftermath of thenprime minister Yitzhak Rabin’s assassination in 1995.

Avi Mizrachi told reporters, “I have not seen such hatred of Jews towards soldiers during my 30 years of service.”

With politicians across the political spectrum breathlessly calling the hooligans “terrorists,” the meeting ended with a series of decisions to equate the investigation and treatment of these protesters to that received by Palestinian terrorists.

For instance from now on, these protesters will be tried in military courts, they will be issued administrative detention orders, they will be barred from entering Judea and Samaria, and intelligence operations against them will be ramped up.

BY THURSDAY, the media turned its guns against Netanyahu. While welcoming his draconian moves, the headlines of the tabloids excoriated him for refusing to label the protesters “terrorists.”

Ma’ariv’s lead story on the subject began, “Even the unprecedented rioting by far-rightwing activists at the Ephraim Brigade’s base, and the injuring of the brigade commander and his deputy, didn’t convince Prime Minister Netanyahu to label the rioters as ‘a terrorist group.’” (Incidentally, the brigade commander was not injured.)

Aside from their proper castigation of the protesters’ behavior as abominable, the media’s coverage of the protests was a study in reality distortion. A competent rendering of Monday night’s events would have placed them in the context of the climate of lawlessness that increasingly informs the decisions of Israel’s elected leaders. Indeed, just last week the government caved in to threats of mob violence at the Temple Mount.

The Mugrabi Bridge is made of wood and is highly flammable. It was built as a temporary structure. In 2007, repairs on the bridge sparked violent Muslim protests.

Over the past several months, Jerusalem’s municipal engineer issued repeated warnings that bridge is unsafe. The government was supposed to repair it, rebuild it or replace it with a new, permanent ramp that would allow safe access to the Temple Mount. But fearing the mob, the government failed to act.

Left with no choice, last week Jerusalem’s municipal engineer took the only responsible step and closed the bridge, and so barred non-Muslim access to the Temple Mount. On Tuesday, the media reported that rather than fix the bridge, the government is considering sufficing with stationing a fire truck at the Western Wall for rapid response to bridge collapse or incineration.

As one official explained to The Jerusalem Post on Wednesday, “On the one hand, the bridge has to function… so in the interests of public safety it’s got to be repaired. On the other hand we’re very aware of the sensitivities, and we want to do what we can to mitigate the possibility that extremists would exploit the situation.”

MUSLIM RIOTERS aren’t the only ones who use violence to force the government’s hand. Leftist rioters routinely resort to violence to get their way as well.

When on Wednesday Netanyahu failed label the religious Zionist rioters a terrorist organization, he opted instead to liken them to the leftist anarchists. Every Friday these anarchists, supported by NGOs such as Gush Shalom, join Palestinians in violently rioting against IDF soldiers guarding construction of the security barrier in places such as Bil’in, Ni’lin, Nabi Musa and Neveh Tzuf.

These organized, planned riots have been taking place regularly since 2002. Their organizers have spent next to no time in jail. The Justice Ministry has not asked to define them as a terror group. Their members have not been tried in military courts or placed in administration detention. Little intelligence has been gathered about them.

Whereas the Council of Jewish Communities in Judea and Samaria, and all major leaders of the national religious community, condemned those who participated in Monday night’s unlawful protests, leftist NGOs, luminaries and politicians as well as Israeli Arab politicians and religious leaders have been silent in the face of the Friday rioters’ routine use of violence against IDF soldiers.

For instance, in June 2005, demonstrators led by Gush Shalom and by Arab MKs held violent protests in three villages. Protesters attacked IDF soldiers with rocks and clubs. At one such protest near Bil’in, IDF Cpl. Michael Schwartzman lost an eye. He and his comrades were stoned by Jewish and Arab protesters who called them “Hitler,” and “Eichmann.” None of the protesters apologized for injuring him. Indeed, in a radio interview the next week, MK Ahmed Tibi claimed Schwartzman brought his injury on himself.

The media that today devotes the lion’s share of their news coverage to Monday night’s riots, barely covered Schwartzman’s story. Yediot buried the story on page 6. Haaretz waited a week to report the story and then said Schwartzman was to blame because he wasn’t wearing protective eye gear.

In stark contrast, on Tuesday alongside its condemnation and demonization of Monday night’s violent national religious protesters, Haaretz published a eulogy to Palestinian rioter Mustafa Tamimi who was killed last Friday by IDF troops at Nabi Musa as he stoned their vehicle. The article lionizing Tamimi was written by Jonathan Pollack, the head of the anti-Zionist Anarchists against the Fence group that organizes the weekly anti-IDF riots. Violent riots against IDF soldiers at Nabi Musa are planned for this Friday as well.

Just as the government fears the Muslim rioters at the Temple Mount, so the IDF fears the anarchists and their media supporters. Due to this fear, not only has the IDF has failed to complete the security barrier in the areas where it is attacked by rioters, but several officers have been removed from their commands for ordering their soldiers to defend themselves forcefully against the rioters.

Given this atmosphere of lawlessness, where violent rioters have for years successfully forced the government’s hand, it is apparent why Monday night’s protesters decided to use violence against the IDF. What’s good for the goose is good for the gander.

But not only was their behavior – like that of the Muslim and leftist rioters – morally unjustifiable, unlike the Muslims’ and leftists’ behavior, it was tactically self-defeating. The Muslim mobs and the leftist rioters are able to use violence to advance their aims because they receive media support for their actions. The media routinely condemns the government for “inflaming passions,” when it upholds the law in Jerusalem and permits Jews freedom of worship or respects their property rights.

So, too, the media alternately ignore or glorify the leftist rioters against the security barrier. The media downplay their violence and their support for the destruction of the state. So, too, outlets such as Channel 2 and Channel 10 habitually broadcast snuff films of IDF soldiers taken by the rioters whose clear aim is to criminalize commanders for seeking to uphold the law and successfully discharge their duties.

And indeed, in his column in Yediot Wednesday criminalizing the national religious camp Barnea wrote, “The Right in the Knesset can’t turn its eyes to the heavens and say, ‘Our hands did not shed this blood.’”

The truth of course is quite different. To find it, Mr. Barnea and his colleagues should start their investigation by looking in the mirror.