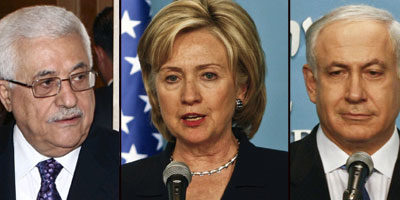 Gingrich told The Jewish Channel last week that the claim of Palestinian Authority Arabs to be “a people” is not legitimate.

The former Speaker of the House of Representatives said in the interview, “Remember, there was no Palestine as a state. It was part of the Ottoman Empire” until the early 20th century.

“I think that we’ve invented Palestinian people who are in fact Arabs, and who were historically part of the Arab community,” he said. “And they had a chance to go many places, and for a variety of political reasons we have sustained this war against Israel now since the 1940s and it’s tragic.” he said.

The remarks angered the Palestinian Authority, with PA Prime Minister Salam Fayyad having told reporters in response the remarks were “extremely trivial, demeaning and ridiculous.”

“Even the most extremist settlers of Israel wouldn’t talk in such a ridiculous way,” Fayyad said. “Our people have been here from the beginning, and they are determined to remain on their land until the end.”

The Arab League also condemned the comments, saying they were “irresponsible and dangerous” and accusing Gingrich of sacrificing U.S. interests for votes.

PBS’s Jim Lehrer asked Clinton in an interview if Gingrich’s statements were helpful, to which she replied, “No, no and I think he recognized that from what I read.”

Clinton added that Gingrich’s statements were “one of those innovated moments that happens in politics.”

In a debate Saturday night in Iowa, Gingrich refused to back down from his remarks and said, “Is what I said factually true? Yes. Somebody ought to have the courage to tell the truth. These people are terrorists. It’s fundamentally time for somebody to have the guts to stand up and say, ‘Enough lying about the Middle East.”

He added, “When the president keeps talking about a peace process while Hamas keeps firing missiles into Israel, if we had a country next to us firing missiles, how eager would we be to sit down and negotiate?”

Clinton angered Israelis when she recently compared Israel to Iran after the incident in which religious soldiers asked to be exempt from a performance including halakhically forbidden women’s singing. She also criticized, in the same comparison, some hareidi buses in which women and men sit separately,  omitting the fact that buses with separate seating are a regular feature of New York State travel between hareidi areas.