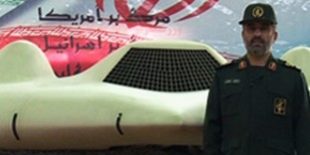 Iran will reverse-engineer the US drone it captured on December 4, Iran’s Press TV quoted a senior Iranian official as saying Sunday.

Parviz Sorouri, member of the Majlis Committee on National Security and Foreign Policy, said that his country will “mass produce” the drones in the near future. He also said that the Iranian version would be “of higher quality” than the original  RQ-170 Sentinel, according to the Press TV report.

Souriri added that decryption of the drone was in its final stages and that soon Iran would be in posession of confidential US information.

The advanced US drone was reportedly flying a mission over western Afghanistan when it entered Iranian airspace and was intercepted.

“After it entered the eastern parts of the country, this aircraft fell into the trap of our armed forces and was downed in Iran with minimum damage,” said Revolutionary Guards Commander Ali Hajizadehhe upon the drone’s capture December 4.

“With God’s help, we were able to bring down one of America’s most advanced planes… with minimal damage,” he told the semi-official FARS news agency.

Sourouri also claimed that Iran had developed advanced capabilities in countering electronic warfare, stating that that these contributed to the identification and disruption of the US electronic system.

Last Thursday Iran’s state television published pictures and a video of a drone the Iranian military claimed it had shot down with an American flag hanging from it.

The RQ-170 Sentinel, built by Lockheed Martin, was first employed by the US Air Force in December 2009. It has a full-motion video sensor that was used this year by US intelligence to monitor al-Qaida leader Osama bin Laden’s compound in Pakistan ahead of the raid that killed him.