It's a Tough Time For Jews 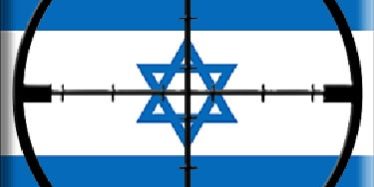 In a season in which there is very little “peace on Earth” and even less “good will towards men,” it is a particularly tough time for Jews, who may be finding it more and more difficult to tell who their real friends are.

Defense Secretary Leon Panetta fired an unusually harsh salvo across the Israelis bow.  In a speech at a Brookings Institution forum, he urged Israel to get to the “d–n table” for peace talks.  It must have escaped Panetta’s notice that the Palestinians are the ones refusing to come to the “d–n table” unless their unacceptable demands are met.  These include, depending on the day, the cessation of construction projects, even on pre-1967 Israeli land, the so-called “right of return” of “Palestinian refugees,” a concession by Israel to re-draw its borders to 1967 lines — though such borders would be completely indefensible against an inevitable attack — and the re-division of Jerusalem, which Israel rightly sees as its capital.  Meanwhile, the Palestinian side concedes almost nothing and fulfills none of its promises.  Neither is it held accountable for its behavior.

Next, we heard from Howard Gutman, the U.S. ambassador to Belgium.  In the ultimate case of blaming the victim, Gutman seemed to blame Israel for anti-Semitism when he spoke recently at an event hosted by the European Jewish Union.  According to The Weekly Standard, Gutman said, “A distinction should be made between traditional anti-Semitism, which should be condemned and Muslim hatred for Jews, which stems from the ongoing conflict between Israel and the Palestinians.”

If Gutman had studied history, he would know that Muslim hatred of Jews predates by many centuries Israel’s 1948 rebirth as a Jewish state.

Secretary of State Hillary Clinton took her own jabs at Israel.  She was quoted in the English edition of the Arab publication, Al-Arabiya, as saying she fears for the future of democracy in Israel and the rights of women.  Why?  Because of a newspaper story that told of patterns in certain small Orthodox Israeli neighborhoods where women are required to be separate from men in certain situations, such as when taking public transportation.

In case Secretary Clinton hasn’t noticed, gender segregation has long been practiced in religiously conservative Muslim societies.  Events surrounding the so-called “Arab Spring” do not encourage confidence that women will have more rights and freedom under emerging regimes than they have had under previous dictatorships.

But it is not only Jews who are being singled out for verbal abuse and physical attacks.

In last month’s Smithsonian magazine, there was a revealing story by Joshua Hammer about the stepped-up attacks by Egyptian Muslims against Coptic Christians, who trace their lineage to the time of Christ.  In fact, notes Hammer, attacks against Coptic churches and individual Christians have increased since Egyptian President Hosni Mubarak was deposed.  Radical Muslims have little regard for other religious viewpoints.  Arab-Israeli relations, or U.S.-Arab relations for that matter, are not likely to improve if the Muslim Brotherhood takes power in the coming election, though you won’t be able to convince the U.S. State Department of that.  In a November address to the Atlantic Council, William Taylor, the State Department’s special coordinator for Middle East transitions pronounced, “What we need to do is judge people and parties and movements on what they do, not what they’re called.”

No intelligent person who has observed the media attacks against Israel (not to mention the many wars, countless terrorist incidents and continuing threats directed at Israel’s destruction) can credibly conclude that Israel’s enemies are merely hyperbolic.  Despite all the agreements, goodwill gestures and disproportionate prisoner exchanges in which Israel has released hundreds of alleged terrorists in exchange for a single captured Israeli soldier or civilian, there are people who continue to advance the fiction that only Israel stands in the way of peace.

It’s past time to stop taking potshots at Israel and start directing “fire” at the prime suspects behind continuing war and turmoil in the region.

Cal Thomas Cal Thomas is co-author (with Bob Beckel) of the book, “Common Ground: How to Stop the Partisan War That is Destroying America”.