Iran exhibits US drone undamaged. US and Israeli intelligence shocked 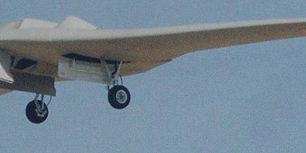 Iran exhibited the top-secret US stealth drone RQ-170 Sentinel captured on Sunday, Dec. 4. Its almost perfect condition confirmed Tehran’s claim that the UAV was downed by a cyber attack, meaning it was not shot down but brought in undamaged by an electronic warfare ambush.

This is a major debacle for the stealth technology the US uses in its warplanes and the drone technology developed by the US and Israel.

The state of the lost UAV refutes the US military contention that the Sentinel’s systems malfunctioned. If this had happened, it would have crashed and either been wrecked or damaged. The condition of the RQ-170 intact obliges the US and Israel to make major changes in plans for a potential strike against Iran’s nuclear program.

The Obama administration’s decision after internal debate not to send US commando or air units into Iran to retrieve or destroy the secret RQ-170 stealth drone which fell into Iranian hands has strengthened the hands of the Israeli faction which argues the case for striking Iran’s nuclear installations without waiting for the Americans to make their move.

Senior Israeli diplomatic and security officials who followed the discussion in Washington concluded that, by failing to act, the administration has left Iran not only with the secrets of the Sentinel’s stealth coating, its sensors and cameras, but also with the data stored in its computer cells on targets marked out by the US and/or Israeli for attack.

debkafile’s military sources say that this knowledge compels the US and Israel to revise their plans of attack for aborting the Iranian nuclear program.

Like every clandestine weapons system, the RQ-170 had a self-destruct mechanism to prevent its secrets spilling out to the enemy in the event of a crash or capture. This did not happen. Tehran was able to claim the spy drone was only slightly damaged when they downed it.
The NATO spokesman claimed control was lost of the US UAV and it went missing, a common occurrence for these unmanned aircraft.
The enigmas surrounding its capture continue to pile up. How did Iran know the drone had entered its airspace? How was it caused to land? Most of all, why did the craft’s self-destruct mechanism which is programmed to activate automatically fail to work? And if it malfunctioned, why was it not activated by remote control?

Thursday, Dec. 8, The New York Times and the Wall Street Journal reported that from Sunday, Dec. 4, when Tehran announced the stealth drone’s capture, the Obama administration weighed sending special commando forces into Iran from bases in Afghanistan to bring the downed aircraft back to Afghanistan or blow it up to destroy the almost intact secret systems – either by a sneak operation or by an air strike.

Iranian officials said the drone was detected near the Iranian town of Kashmar, 200 kilometers from the Afghan border and presumably moved to a military or air base inside the country. The NYT disclosed that the special force would have used “allied agents inside Iran” to hunt down the missing aircraft, the first time Washington has admitted to support from “allied agents” operating covertly in Iran.

In the end, the paper quoted a US official as explaining that the attack option was ruled out “because of the potential it could become a larger incident.” If an assault team entered the country, the US “could be accused of an act of war” by Tehran.
The Obama administration’s internal discussion on how to handle the loss of the high-value reconnaissance drone was followed tensely in Jerusalem. The decision it took against mounting a mission to recover or destroy the top-secret Sentinel was perceived in Israel as symptomatic of a wider decision to call off the covert war America has been conducting for some months against Iran’s drive for a nuclear bomb – at least until the damage caused by RQ-170 incident is fully assessed.

A senior Israeli security official had this to say: “Everything that’s happened around the RQ-170 shows that when it comes to Iran and its nuclear program, the Obama administration and Israel have different objectives. On this issue, each country needs to go its own way.”