New vs. real in the Middle East 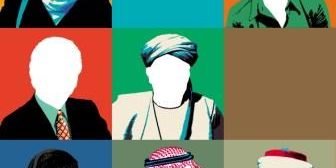 The New Middle East school of thought underlines the political correctness, but undermines the stability of the Real Middle East. This has been verified recently by Western support for the Arab Spring and the “march of democracy,” which has unleashed rampant violence on the Arab street.

The New Middle Easterners call for a quick transition to democracy in Egypt and in other Arab countries, despite the events raging in the Middle East. In spite of intensified intra-Arab violence, non-compliance, shifty policies and unreliability, the New Middle Easterners call for Israel to assume greater risks for peace and concede the hilltops of Judea and Samaria that tower over Jerusalem, Tel Aviv and 80 percent of Israel’s infrastructure.

On Sept. 15, 2000, a few days before the eruption of another wave of Palestinian terrorism (the Second Intifada), then Knesset member and now President Shimon Peres discussed the central thesis of his book “The New Middle East,” his blueprint for the two-state solution, at the Washington Institute for Near East Policy. Peres said: “I doubt very much if the Palestinians will go back to terrorism … I do not see Arafat, a person whom I respect, endangering what he has achieved … I believe that the previous borders, made of barbed wire, of minefields, of military positions, are irrelevant to our life … good hotel on the border will provide more peace and security than a military position … Once a nation turns its focus on land to a focus on brains, borders are irrelevant.”

According to Peres, the role model of New Middle Easterners, the region had the potential to become an integrated economic area with open borders, shared natural resources and military technologies converted into peaceful technologies, a Middle East devoted to the pursuit of democracy, peace, cooperation, mutual gain and prosperity.

However, irrespective of the Palestinian issue, the Real Middle East — in which Arab countries are engulfed in horrible turmoil — has demolished Peres’ New Middle East. It has devastated the contention that the security threshold could be lowered significantly, because military forces, sectarianism, nationalism, borders and territorial sovereignty have supposedly lost their primacy. Moreover, the underlying geo-political currents, which have dominated the Real Middle East for the last 1,400 years — no intra-Arab comprehensive peace, compliance, or democracy — magnify the irreplaceable role of the mountain ridges of Judea and Samaria in securing the survival of the sliver of land that is the Jewish state.

The delusion of the New Middle East traumatizes contemporary Arab regimes. They witness its impact on Western policymakers, who approach the stormy “Arab Winter” as if it were an Arab Spring, and wish to see in it the resurrection of Gandhi, Martin Luther King Jr., Nelson Mandela and Lech Walesa. As a result, the West has provided a tailwind for the replacement of ruthless pro-Western dictators with ruthless anti-Western dictators, rendering some Arab regimes increasingly concerned about Western reliability and their own survival. They are horrified by the recurrence of the 1979 “Iranian debacle,” when Western policymakers and shapers of public opinion were bewitched by the “youth revolution” and the “march of democracy” on the streets of Tehran, lending support to Khomeini’s battle against the staunchly pro-Western Shah of Iran. However, the mullahs hijacked the “Iranian Spring” and excluded all moderate elements from positions of power, instituted a repressive reign of violent and imperialistic Islam, and intensified terrorism, intolerance and anti-Western sentiments throughout the Middle East.

In October 2011, Marwan Muasher, a vice president at the Carnegie Endowment and former deputy prime minister of Jordan, and Muhammad Faour, a senior associate at the Carnegie Mideast Center, served a wake-up call to New Middle Easterners: “People in the Arab world will discover that their societies are not equipped with the skills and values needed to accept different, pluralistic norms of behavior … Any romantic notions in the West that the 2011 Arab uprisings could create instantaneous democracy, in countries that have succeeded at toppling their leaders, are already shattering … Democracy will thrive only in a culture that accepts diversity, respects different points of view, regards truths as relative rather than absolute, and tolerates — even encourages — dissent.”

The frivolous nature of the New Middle East school of thought was exposed on Oct. 28, 2011 by Raghida Dergham, senior diplomatic correspondent for the London-based Arab daily, Dar al-Hayat: “The obsession of some Westerners with the so-called ‘Turkish model’ of ‘moderate Islam,’ able to rule with discipline and democracy, seems naive … There is also some naivety in assuming than the ‘Iranian model’ of religious autocratic rule that oppresses people, forbids pluralism and turns power into tyranny, can be excluded as a possibility.”