Most Americans back Israeli strike on Iran 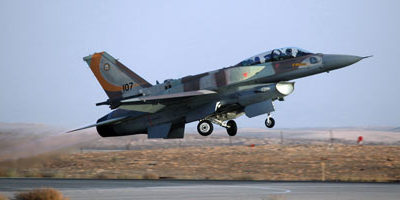 Most Americans support an Israeli strike on Iran’s nuclear sites, while a smaller majority endorses such US strike, according to a poll commissioned by the Anti-Defamation League.

Some 63% of poll respondents characterized Israel as a “crucial ally” and said that the Jewish state’s relationship with the US does not undermine America’s image in the world.

As to Iran’s development of nuclear weapons, the poll showed that 57% of Americans support Israeli military action to prevent such scenario while only 31% opposed such move. Some 50% of respondents supported US military action against Iran, while 44% expressed their objection to such strike.

Overall, 73% of Americans said that the US can count on Israel as a strong ally.

“The poll demonstrates once again that no matter the degree of change in the Middle East, the one constant is the American people’s strong support for Israel,” said Abraham H. Foxman, ADL National Director. “It is particularly significant that Americans ‘get it’ with regard to the need for direct negotiations between Israel and the Palestinians as well as the need to act to prevent Iran from becoming a nuclear power.”

The poll, titled American Attitudes Toward Israel, the Palestinians and Prospects for Peace in the Middle East, encompassed 1,754 adults and was undertaken in October.