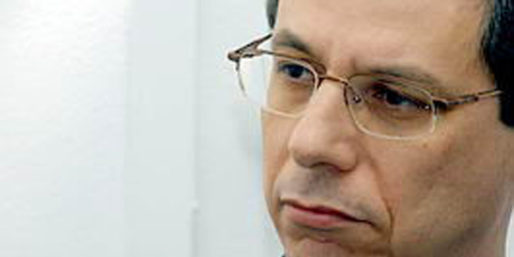 During the past few months, Israel’s purported growing isolation has been the subject of much discussion. It is far from the truth, and it is ironic that this debate has taken place during an effective Israeli challenge to the long-standing paradigm of the Palestinians using the United Nations as a “rubber stamp” for its capricious policies.

For decades at the United Nations, Palestinian demands, regardless of how spurious or provocative, were granted by a near wall-to-wall majority in most forums. Recently and almost without precedent, Palestinian officials have been hearing strong messages of disapproval and even rejection.

The fact that Palestinian officials, backed by all the resources of the powerful Arab and Islamic world, are travelling around the world pleading for, and not receiving, complete acquiescence for their unilateral declaration of statehood is almost unparalleled and should not go unnoticed.

However, regardless of the outcome of provocative Palestinian unilateralism, Israel’s relations and cooperation in the international arena have rarely been more wide-ranging and comprehensive.

Under the reins of the current political leadership in the Foreign Ministry, Israel has more embassies and consulates than ever before (many reopened after being closed under previous administrations), with more nations requesting Israeli representation our current budget simply cannot cover.

The number of invitations received by Israeli officials to visit nations across the globe is increasing. More nations than ever before understand our reoriented foreign policy is opening up more doors, and we are ensuring greater integration than previously.

Whereas recent governments ignored vast swathes of the globe, focusing on a few areas that were felt to have sole strategic importance, our new policy, led by Foreign Minister Avigdor Lieberman, is to make inroads into areas of great importance long ignored by former Israeli foreign ministers.

We have heard too many leaders in Central and Eastern Europe, Latin America, Asia and Africa say they were until recently frustrated by being unduly ignored by Israel.

Many claimed that only when it came to an issue of central importance to Israel did they hear from our officials. To be successful in international relations you have to put in constant and consistent work and effort.

Unfortunately, in many areas we are still playing catch-up for those years of neglect.

However, even despite these challenges, we are achieving successes in the international arena, beyond issues relating to the conflict.

The increase in our trilateral cooperation with partner countries like Germany, Canada and Italy working with nations in the developing world is reaping benefits for the people of those regions and has helped reframe Israel as a significant partner in such global issues as combating desertification, water management and modern agricultural techniques.

In 2009, we held the widely acclaimed and well-attended Watec Conference. A few months ago we hosted the International Women Leaders’ Conference on Science, Technology and Innovation which was attended by women leaders from across the globe, including United Nations Deputy Secretary- General Asha-Rose Migiro and UNESCO Director-General Irina Bokova.

Moreover, over the past few years Israel has promoted UN resolutions completely unconnected to either the conflict or the Holocaust. Our agricultural and technological know-how, and readiness to help humanity, are heavily supported in the UN and other international agencies.

However, the true proof of Israel’s growing inclusion, integration and partnership are our growing diplomatic ties with numerous nations.

Government-to-government dialogues, where a large number of government ministers from Israel and another nation meet to discuss matters of mutual interest and promote a strengthening of bilateral relations, have been significantly increased with an unprecedented amount of these meetings taking place in the last few years.

Economic relations have also been solidified, trade volume has grown, and many agreements of economic cooperation have been signed in the fields of taxation, investments protection, Free Trade Zones and the exchange of economic delegations.

This has assisted in the securing of a strong and stable economy that has seen Israel cope very well with the international recession.

While we face many challenges with some of our neighbors, most recent events are the result of changes completely unrelated to Israel or our conflict with the Palestinians.

The deterioration in relations with Turkey began long before this government took office. Its most obvious manifestation was the public humiliation of President Shimon Peres by Turkish Prime Minister Recep Tayyip Erdogan in Davos at the beginning of 2009, during one of the most dovish governments in Israeli history.

Turkey’s new foreign policy has led them into disagreements with many of its neighbors and Israel stands with Greece, Cyprus, Armenia and the European Union as having being recently rebuked by the Turkish Government.

The so-called “Arab Spring” which is sweeping the Middle East and North Africa has no connection to either Israel or our conflict with the Palestinians. It is hard to predict the outcome, but if it does lead to greater freedom, democracy and development then the region will only benefit as a whole.

Regardless, Israel will remain true to its principles, despite the changes around us. The security and interests of Israel and its people are second to none on our list of priorities. This is nonnegotiable and we should not apologize for this, even if it leads to misunderstandings, including among allies and friends. Israel should not be asked to accept any less than any other sovereign nation would in a similar situation.

We still face many challenges, but by any measurements our successes far outweigh any perceived failures and we are on a path to even further integration.

Israel is a member of more international forums, participates in a larger number of important international events, signs and implements more bilateral agreements and has further integrated into the global agenda than ever before.

This holistic approach to foreign policy may not make the headlines, but is the fundamental basis for the strengthening of our current international standing.

The writer is Israel’s deputy minister of foreign affairs.