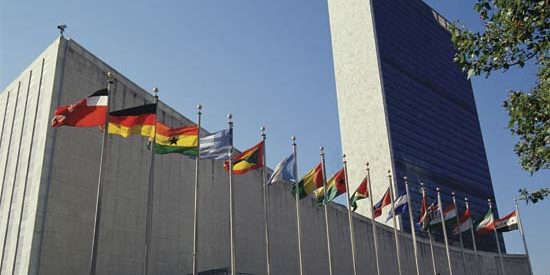 The Palestinians are in the process of seeking sovereignty from the United Nations, but in doing so, they are asking for more than what was offered them in any prior negotiation with Israel—including during the talks involving then-president Bill Clinton and then-prime minister Ehud Barak in 2000 and 2001. Rather than more, it is imperative that the Palestinians get less.

It is imperative to world peace that the Palestinians pay a price—even if it’s only a symbolic price—for rejecting the generous Clinton/Barak offer and responding to it with a second intifada in which 4,000 people were killed. It is also important that Israel not return to the precise armistice lines that existed prior to the 1967 war. If the Palestinians were to achieve a return to the status quo prior to Jordan’s attack on Israel in June of 1967, then military aggression will not have been punished, it will have been rewarded. That’s why Security Council Resolution 242—which was essentially the peace treaty that resulted from the end of the Six Day War—intended for Israel to retain territory necessary to give it secure boundaries (Indeed, in the formal application submitted by Palestinian President Mahmoud Abbas, he sought membership based on UN General Assembly Resolution 1810-11 of November 29, 1947, which would put the borders where they were before the Arab armies invaded the new Jewish state in 1948. This would reward multiple aggressions.)

Yet, however important it is that aggressive and unjustified violence not be rewarded, the international community seems bent on doing just that. If the end result of Jordan’s 1967 attack on Israel—an attack supported by the Palestinian leadership and participated in by Palestinian soldiers—is that the Palestinians get back everything Jordan lost, there will be no disincentive to comparable military attacks around the world. If the Palestinians get more than, or even as much as, they rejected in 2000 and 2001 (and did not accept in 2007), then further intifadas with mass casualties will be encouraged. A price must be paid for violence. That’s how the laws of war are supposed to work and there is no reason to make an exception in the case of the Palestinians.

I support a two-state solution based on negotiation and mutual compromise. But the negotiations must not begin where previous offers, which were not accepted, left off. They must take into account how we got to the present situation: The Arab rejection of the UN partition plan and the attack on the new Jewish state that resulted in the death of one percent of Israel’s population; the attack by Jordan and its Palestinian soldiers against Israel in 1967, which resulted in Israel’s capture of the West Bank; Israel’s offer to trade captured land for peace that was rejected at Khartoum with the three infamous “no’s”—no peace, no recognition, no negotiation; Israel’s generous offer of statehood in 2000-2001 that was answered by violence; and former prime minister Ehud Olmert’s subsequent, even more generous, offer that was not accepted by President Abbas.

Efforts to achieve peace must look forward but they must not forget the past. A balance must be struck between not rewarding past violence and not creating unreasonable barriers to a future peace. But the Palestinians made it clear last week that they reject such balance.

I was at the United Nations when President Abbas made his speech demanding full recognition of Palestine as a state with the borders as they existed just before the Jordanians and Palestinians attacked Israel. In other words he wants a “do over.” He wants the nations that attacked Israel to suffer no consequences for their attempt to destroy the Jewish State. He wants to get back The Western Wall, The Jewish Quarter, and the access road to Hebrew University. Only then will he begin negotiations from this position of strength.

But why then negotiate if the UN gives him more than he can possibly get through negotiation? Will he be in a position to seek less from Israel than what the UN gave him? Will he survive if he is seen as less Palestinian than the UN? Abbas blamed Israel for the self-inflicted wound the Palestinians cynically call the Nakba (the catastrophe). He denied the Jewish history of the land of Israel and he quoted with approval his terrorist predecessor Arafat. He refused to acknowledge Israel’s legitimate security needs. Abbas’s message, in sum, left little or no room for further compromise.

I also sat in the General Assembly as Israel’s Prime Minister Binyamin Netanyahu offered to begin negotiations with Abbas, with absolutely no preconditions, in New York, at the United Nations, that very day. He said he would come to Ramallah to negotiate with him or keep the door of his Jerusalem office open. He did not even require as a precondition to negotiations that the Palestinians acknowledge what the UN recognized in 1947—namely, that Israel is the nation-state of the Jewish people.