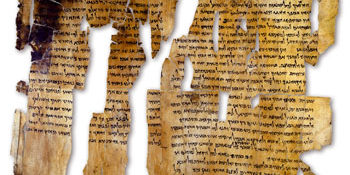 More than a million people have visited a new website featuring high-resolution photographs of several Dead Sea Scrolls since the site was launched less than a week ago by the Israel Museum and Google Israel.

The website provides a detailed view of five of the most complete scrolls, which were found at Qumran and date from around the Second Temple period, nearly 2,000 years ago.

Among the scrolls featured on the website is the Book of Isaiah.

The actual scrolls are part of the Israel Museum’s “Shrine of the Book” collection in Jerusalem.

An analysis of the visitors to the site, which can be accessed directly at dss.collections.imj.org.il or through the museum’s general website, reveals broad interest from almost every country on earth, including Iraq, Iran, Pakistan and Syria.

While the museum had anticipated wide interest in the website, interest has exceeded expectations. Between last Monday, when the website was launched, and Sunday morning, Google logged 1,042,104 visitors to the site, which not only provides an opportunity to see detailed images of the five scrolls, but also features an English translation.

The scrolls were photographed in the museum vault where they are kept using a special camera with a flash that does not cause damage during the photography process.

In the coming months, other scrolls in the possession of the Israel Antiquities Authority will be uploaded to the site. They, too, are being photographed using advanced digital technology.

The country showing the highest interest in the website is the United States, with 400,000 visitors.

Visitors from almost all of the world’s Arab and Muslim states have also viewed the site, including several hundred each from Saudi Arabia, Egypt and Turkey.

The site has also received hits – albeit fewer hits – from people in Iran, Afghanistan and Iraq.

Visitors to the site can search the scrolls and send excerpts by e-mail or post them on social media sites such as Facebook. In the future, the website will provide a Chinese translation.