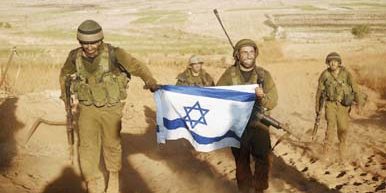 It’s all a matter of definition. If you define Judaism by its covenantal document as a binding agreement between a people and the Creator of the universe, then an atheistic Judaism is a contradiction in terms. But if you define it as a cultural experience that calls us to social work and spirited debate, then it makes no real difference what you believe, so long as you volunteer at the Tikkun Olam soup kitchen.

What goes for Judaism, also goes for Christianity. The issue is not atheism, it’s the nature of religion and what it is and what it isn’t. Either religion is a specific belief in a deity accompanied by textual revelations, or it’s the Democratic party with its own pulpit.

The issue comes up every time the left tries to insist that its version of Christianity and Judaism, where the worst sin imaginable is not driving a hybrid is the right one, because it’s compassionate and spiritual. A spirituality that consists wholly of compassion and a compassion that consists wholly of following a left of center ideology while claiming that their grab bag of the welfare state, anti-war activism and environmentalism is highly spiritual.

Take Rabbi Arthur Ocean Waskow, please. Waskow, a left-wing activist and a member of a non-theistic movement, and his disciples, are usually found wherever Israel is demonized and the mass murder of Jews by Islamic fanatics is promoted with the beatific smile of the hazed out humanistic fanatic.

The paradox of a paragon of a humanistic un-religion making common cause with men who believe that their specific revelation entitles them to commit genocide is baffling. Or it would be if Waskow really was a humanist. In reality Waskow is a socialist with a pulpit. Even if it’s only an imaginary one.

Waskow’s idea of Judaism exists only as a metaphor for left of center ideology. The bible is only relevant to the extent that it can be used as a mythological connection to civil rights, nuclear war or global warming. The civil rights movement is just like Passover, nuclear war is just like Noah’s flood and Judaism becomes a lens for giving depth to left-wing causes. There is no god but Das Kapital and Waskow is its prophet.

This replacement theology often goes unremarked upon, even as it has become a base for Waskowites to call for Jewish genocide in the name of Jewish values.

The Waskowites, Rabbi Mordecai Kaplan’s bastard spawn, support Hamas, denounce Israel and join hate groups such as J-Street and Jewish Voice for Peace. Rabbi Phyllis Berman was affiliated with J-Street and a former member of Jewish Fast for Gaza. Rabbi Rebecca Alpert sits on the Rabbinic Cabinet of J Street and the Rabbinic Council of JVP.

And because there’s always something worse than worse, there’s Jewish Voice for Peace, an organization which supports a boycott of Israel and its destruction through a One State Solution. Its Rabbinic council includes Rabbi Rachel Barenblat of Velveteen Rabbi, Rabbi Brant Rosen, who can never decide if he hates Israel more than he hates the Republican party, and Rabbi Brian Walt, along with plenty of others.

As Rosh Hashana comes along, many of them will mount pulpits to explain why Israel is the enemy and why it must be destroyed in the name of Jewish values. They won’t say it in quite so many words, they will dwell on checkpoints and blockades and bring up apartheid and the civil rights movement. They will hardly mention Hamas, except to sigh that it hasn’t chosen the path of non-violent resistance, but that won’t stop them from supporting its goals anyway.

Rabbi Mordecai Kaplan certainly did not mean to found a movement of genocidal apologists and activists. In 1958, at the Rabbinical Assembly of America, he sounded positively hawkish as he warned that Israel might be becoming the Czechoslovakia of this era.

He warned that Western countries would scapegoat Israel through a “futile policy of appeasing Arab nationalism” and that Zionism was the force best qualified to “reconstitute the continuity, spirituality and structure of Jewish life.”

Could he have foreseen that Israel would become a scapegoat within his very own movement, which would view Zionism as its sworn enemy? Kaplan sought a larger Jewish unity through Israel, but his divisive disciples are only interested in unity with the agenda of the far left and serve as the public relations arm of the murderers of the Jewish people.

Where Kaplan had envisioned a Jewish rebirth, his movement instead became another vector for the left’s replacement theology, hijacking it as thoroughly as its Muslim allies were hijacking planes. It has spawned rabbis whose only religion is the left, whose only god is the left and whose only scripture is the works of the left.

It is entirely possible to be an atheist or a humanist and support Israel– but what is not possible, is using left wing ideology as your scripture and being anything other than an enemy of Israel and the Jewish people. The Waskows, Alperts, Bermans and Barenblats prove that.

It’s an old lesson taught by the Jewish Communists who cheered pogroms as the will of the oppressed peasants and workers, who served the Bolshevik takeover and lined up to turn synagogues into cultural centers and send Rabbis and Zionists to the gulags– only to eventually end up there themselves when their red masters no longer had any use for them.

“Whoever, directly or indirectly, puts forward the slogan of Jewish “national culture” is (whatever his good intentions may be) an enemy of the proletariat… he is an accomplice of the rabbis and the bourgeoisie.

On the other hand, those Jewish Marxists who mingle with the Russian, Lithuanian, Ukrainian and other workers in international Marxist organisations, and make their contribution… towards creating the international culture of the working-class movement… uphold the best traditions of Jewry by fighting the slogan of “national culture”.”

This position is still virtually indistinguishable from that of the Jewish left on Israel today. The Jewish nation is the enemy of the proletariat of “brown people” and the accomplice of extremist Rabbis and the middle-class. Only those Jews who join in an international working class movement uphold the “best traditions of Jewry” as determined by V.I. Lenin.

What are the best traditions of Judaism? We have the Lenin and Waskow interpretation. The one that says the best tradition of Judaism is to destroy it, to boycott Israel, join hands with the murderers of Jews and make war on the Jewish people. Anyone who wants to see where that interpretation leads can take a tour of the gulags, where the Yevesktsia’s own members ended up, after they were done collaborating in the Communist genocide of Russian Jews. Or they can take a tour of J Street’s offices.

The ideological space between them isn’t that great. Listen to a JVP speech and you hear echoes of a Yevsektsia (Jewish Section) member ranting about Zionism chauvinism and outmoded religious fanaticism, and the rise of a new generation of Jewish youth committed to the struggle for the working class.

The end of that ideology is a retired gentleman whom I met, with a Jewish last name, who was a former member of the Soviet military establishment, and spoke proudly of training suicide bombers. He was rather disappointed in his grandchildren for moving to Israel, and thought that young people today just don’t have the same principles that they once used to when he was a young man. He would have fit in perfectly at Jewish Voice for Peace.

On the other end of the spectrum is Rosh Hashana, the beginning of a new year. To much of the Jewish left, it is a mere cultural event, or a chance to reflect on the traditions of social justice. But though it is a new year, it is not actually the first month of the calendar. That honor belongs to Nissan, the month of the Jewish exodus from Egypt.

Even within the Jewish calendar, the peculiar separatism of the Jews places the month of the redemption from Egypt as its start, recognizing that there is no Jewish peoplehood without the exodus. Rosh Hashana is the beginning of a personal and communal new year, but the era of the Jewish people always begins with their national liberation and the beginning of a national covenant with G-d.

This is not a metaphor for the civil rights movement or the oppressed farm workers of Belize or any of the other nonsense that the replacement theology of the left tries to jam in. Their old shell game of covering everything up and then replacing it with a trojan horse that has nothing but left wing ideology inside doesn’t work here. The Jewish people begin here in the trackless desert, in the sacks of unleavened dough and the long journey to the promised land. Not an idea of it, but the reality of it.

Abstraction is the left’s game, it turns everything into a metaphor, removes the context, replaces it and dares you to identify whether you’re drinking coffee or crystals. But Jewish history is very much a concrete thing. As is Jewish identity. It is simply the history of a people. Jewish civilization is not about working class solidarity or the highest ethical traditions, it is the sum total of our achievements and failures. Our theology is the way that our history has paralleled our relationship with our G-d.

This is who we are. This is how we have survived. The left may try to replace us, but it can never succeed no matter how many collaborators it recruits and how many warped ideas it puts forward.

Lenin was right. Jewish national culture was the slogan of his enemies. And we are his enemies. As we are the enemies of the Waskows. The old Cain and Abel struggle has never ended. But what the Cains always forget is that while they are throttling Abel, Seth will come to take his place. The Cains of the left may think that they have their hands around our throat, only to rise baffled from the corpse to see that the Jewish people still live.

The Yevsekstias and Kapos did their damnedest, only to turn around and witness the rise of Israel. Their spiritual descendants are now desperately hammering on Israel, venting their full fury on the Jewish state. But even if Israel is destroyed, the Jewish people will still go on. And the left will not.