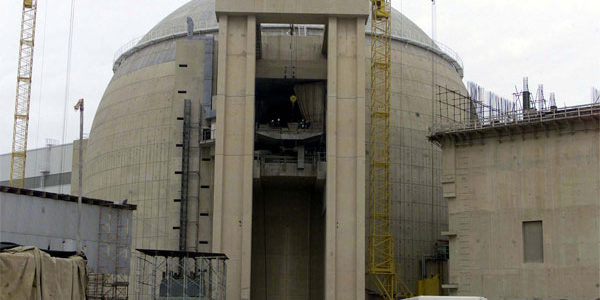 “I have no doubt that the U.S. and other countries were behind industrial sabotage aimed at the program of concern,” nuclear arms specialist Mark Fitzpatrick said, referring to the Iranian atomic initiative.

Washington has deliberately set its sights strictly on locations linked to alleged bomb activities and avoided causing harm to uninvolved individuals or property, according to former officials.

An electromagnetic pulse was floated in the United States as one option for disabling an Iranian facility purportedly involved in arms-related activities, but concerns about a potential larger-scale blackout prompted officials to scuttle the possibility, according to a one-time high-level intelligence insider.

Attacks on Iranian atomic experts might prompt Tehran to strike back against Western specialists or remaining personnel to step up their own efforts, said a number of retired envoys and other government sources who linked strikes to adversaries of Iran. The elimination of a small number of scientists might not affect Iran’s burgeoning nuclear enterprise, they added.

“If the state and progress of the Iranian nuclear program depends on what is walking around inside the heads of one or two key officials, then we’ve got a lot less to worry about this program than most of the discourse would lead us to believe,” former CIA official Paul Pillar said.

One former CIA insider, though, suggested official elements within Iran might have authorized killings of the country’s nuclear scientists due to questions over their loyalties. One of the experts backed opponents of Iran’s leadership, while the others might have been tentatively linked to espionage activities, said Reuel Marc Gerecht, an expert now with the Foundation for the Defense of Democracies.

Most analysts and retired government sources said the Stuxnet malware was a direct attack on Iran’s uranium enrichment capability, which can produce fuel for civilian applications as well as weapon material. Various self-limiting features included in its code “are all the hallmarks of a U.S. covert action,” former CIA official Art Keller said (Douglas Birch, Associated Press I/Google News, Sept. 24).

“We are seeing attempts of cyberspace being used by some states to act against others — of it being used for political-military purposes,” said Ilya Rogachyov, who heads the Russian Foreign Ministry’s Emerging Challenges and Threats Department.

“The only case in which experts believe the actions of states have been proven in this area … is the Stuxnet system that was launched in 2010 against the centrifuge control system used to enrich uranium in Iran,” Rogachyov said.

“Experts believe that traces of this lead back to the actions of Israel and the United States,” the official said. “This is the only proven case of actual cyberwarfare” (Agence France-Presse/Google News, Sept. 24).

U.S. and U.N. penalties have staunched the flow of related components to Iran, forcing the country to produce substandard equipment, Fitzpatrick said. “Only in that sense can one say with certainty that the West is responsible” for the country’s refinery and pipeline blasts,” the expert said (Birch, Associated Press I).

Iran might now be capable of building a nuclear weapon in half a year if it devoted its resources to doing so and withdrew from the global nonproliferation regime, an expert told the London Times.

“We believe if Iran broke out now they could have a bomb in six months,” said David Albright, who heads the Institute for Science and International Security in Washington. “They’ve done this right in front of our faces.”

Iran might “de facto nuclear power before 2011 is over,” says a report by the Bipartisan Policy Center in the United States.

“I’m very alarmed,” former U.S. Undersecretary of State Nicholas Burns said. “I’ve read many IAEA reports over the years and they are very carefully written by civil servants. This time they are clearly ringing the alarm bells.”

National Security Council spokesman Tommy Vietor stated: “The IAEA and broader international community have fundamental concerns with the nature and intent of Iran’s nuclear program, and with n particular, that Iran has to put right after years of violations” (London Times/The Australian, Sept. 26).

Russia said its efforts to address the Iranian nuclear dispute have been well received by the other four U.N. Security Council member nations and Germany, Interfax reported on Friday.

U.N. Secretary General Ban Ki-moon on Friday said the Iranian atomic standoff must be addressed “through a negotiated political solution that restores international confidence in the exclusively peaceful nature” of Tehran’s activities, according to a press release (United Nations release, Sept. 23).