A Palestinian state? Don't count on it 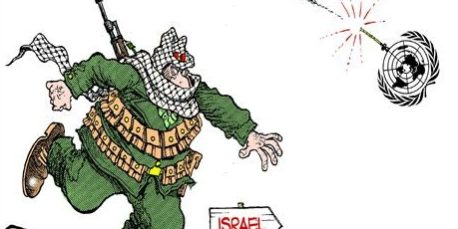 If the Palestinian Authority genuinely desired international recognition as a sovereign state, Mahmoud Abbas wouldn’t have come to New York to seek membership in the UN General Assembly this week. There would have been no need to, for Palestine would have long since taken its seat in the United Nations.

Were Palestinian statehood Abbas’s real goal, after all, he could have delivered it to his people three years ago. In 2008, then-Israeli Prime Minister Ehud Olmert proposed the creation of a sovereign Palestinian state on territory equal (after land swaps) to 100 percent of the West Bank and Gaza, with free passage between the two plus a capital in the Arab section of Jerusalem. Yet Abbas turned down the Israeli offer. And he has refused ever since even to engage in negotiations.

“It is our legitimate right to demand the full membership of the state of Palestine in the UN,” Abbas declared in Ramallah on Friday, “to put an end to a historical injustice by attaining liberty and independence, like the other peoples of the earth.”

But for the better part of a century, the Arabs of Palestine have consistently said no when presented with the chance to build a state of their own. They said no in 1937, when the British government, which then ruled Palestine, proposed to divide the land into separate Arab and Jewish states. Arab leaders said no again in 1947, choosing to go to war rather than accept the UN’s decision to partition Palestine between its Jewish and Arab populations. When Israel in 1967 offered to relinquish the land it had acquired in exchange for peace with its neighbors, the Arab world’s response, issued at a summit in Khartoum, was not one no, but three: “No peace with Israel, no negotiations with Israel, no recognition of Israel.”

At Camp David in 2000, Israel’s Prime Minister Ehud Barak offered the Palestinians a sovereign state with shared control of Jerusalem and billions of dollars in compensation for Palestinian refugees. Yasser Arafat refused the offer, and returned to launch the deadly terror war known as the Second Intifada.

There is no shortage in this world of stateless peoples yearning for a homeland, many of them ethnic groups with centuries of history, unique in language and culture. Kurds or Tamils or Tibetans — whose longstanding quests for a nation-state the world ignores — must find it maddening to watch the international community trip over itself in its eagerness to proclaim, again and again, the need for a Palestinian state. And they must be baffled by the Palestinians’ invariable refusal to take yes for an answer.

It is no mystery, however. The raison d’être of the Palestinian movement has never been the establishment and building-up of a sovereign Palestinian homeland. It has always been the negation of a sovereign Jewish homeland. That is why well-intended proposals for a “two-state solution” have never come to fruition, no matter how earnestly proposed by US presidents or UN secretaries-general. That is why the basic charter not just of Hamas but even of Abbas’s supposedly moderate Fatah vows to continue the “armed struggle” until “the Zionist state is demolished.” And that is why Abbas and other Palestinian leaders insist that a Palestinian state would be explicitly Arab and Muslim, but adamantly refuse to acknowledge that Israel is legitimately the Jewish state.

The goal of the Palestinian movement has always been the negation of the Jewish state. Both Fatah and Hamas feature logos that depict crossed weapons imposed against the map of Israel.

“Palestinian nationalism,” Edward Said told an interviewer in 1999, “was based on driving all Israelis out.” Sadly, it still is.

Last week, to kick off its campaign seeking UN recognition as a state, the Palestinian Authority staged a highly publicized march to the UN offices in Ramallah, where a letter was delivered for Secretary General Ban Ki Moon. Officials named Latifa Abu Hmeid to lead the procession and hand over the letter. “She was chosen,” reported the Palestinian daily Al-Ayyam, “because she is a symbol of Palestinian suffering as a result of the occupation.”

What the paper did not mention is that Abu Hmeid is the mother of four murderers, whose sons are serving a total of 18 life sentences for their involvement in multiple terrorist attacks. According to Palestinian Media Watch, this is not the first time Abu Hmeid has been honored. Last year, the Palestinian Authority awarded her “the Plaque of Resoluteness and Giving,” and a government minister publicly extolled her virtues: “It is she who gave birth to the fighters, and she deserves that we bow to her in salute and in honor.”

It is this grotesque and bloody culture that Palestinian leaders want the UN to affirm as worthy of statehood. The wonder is not they make the request, but that anyone thinks it should be granted.