'Jewish al-Jazeera' going on the air 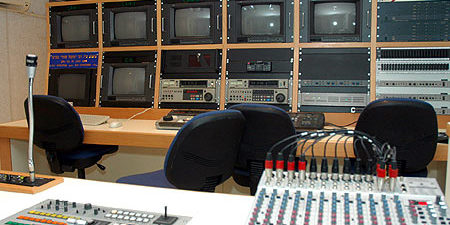 Jews of the world, prepare your remote controls: The first-ever Jewish news network will begin broadcasts this Wednesday.

Jewish News 1 (JN1) was born as an alternative to the world’s leading news networks – CNN, Fox News and Sky News. But its main goal is to serve as the Jewish version of al-Jazeera, which has won the hearts of tens of millions of Arab viewers over the past 15 years.

According to the Makor Rishon newspaper, the channel will be broadcast via satellite to Europe, North America and the Middle East. In Israel it will be offered by the Yes satellite company.

“Jewish News 1” will broadcast news from Israel and the world 24/7. The network has already set up studios in Tel Aviv, Brussels and Kiev, and additional studios will be opened in Washington, Paris and London in the coming months.

The network has 12 correspondents, all foreigners, who are currently deployed in six countries. The casting of reporters to cover the news in Israel, Europe and Russia will be completed in the coming days.

The network will begin its broadcasts in English, but its managers seek to offer news in seven additional languages, including Hebrew, French, Italian, Russian and German.

“We’ll broadcast everything that is newsworthy,” says Alexander Zanzer, the channel’s editor-in-chief in Brussels, where the station is based. “Alongside general news, we’ll offer economic and cultural items, as well as a peek into educational projects. Everything you can see on other global news channels, you’ll be able to see on our channel as well.”

So what is the new channel’s added value? Its emphasis on Judaism. According to the station’s managers, it will focus on issues the Israeli and Jewish news consumer is interested in, mostly from a secular-cultural angle.

For example, Zanzer reveals, the network will air an exclusive interview with famous American Jewish director Steven Spielberg, who will be visiting Belgium next month.

“We are first and foremost a Jewish channel, which offers news about Jews and about issues that interest Jews,” says the editor-in-chief. “A large part of the reports will focus on Israel.”

The channel’s owners are businessmen Igor Kolomoisky and Vadim Rabinovich, the president and vice president of the European Jewish Union. So far, they have invested $5 million in its foundation.
Sources in the new station stressed Sunday that it would enjoy freedom of the press and will not be committed to any organization, party or religious stream.

“If (Prime Minister) Benjamin Netanyahu or (Foreign Minister) Avigdor Lieberman do something which is perceived negatively, we will report it, because we’re a news network,” Zanzer explains. “On the other hand, of course, we’ll seek to broadcast positive things about Israel and the Diaspora Jewry.”