Netanyahu's Remarks at the Start of the Weekly Cabinet Meeting 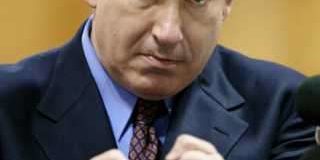 Following are Prime Minister Benjamin Netanyahu’s remarks at the start of the weekly Cabinet meeting today:

“This week I will leave for the US. On Wednesday I will meet with US President Barack Obama and other world leaders and afterwards I will address the UN General Assembly. The UN is not a place where Israel wins praise, but I think that it is important that I go there in order to represent both the State of Israel and the truth – and the truth is that Israel wants peace and the truth is that the Palestinians are doing everything to torpedo direct peace negotiations.

They have ignored every proposal that I have made, both in my 14.6.09 Bar-Ilan speech and in my 24.5.11 speech to the US Congress. They have avoided coming to direct negotiations after this Government made an unprecedented decision to freeze new construction in the communities. For ten months, they simply were unwilling to come and negotiate. They need to understand that, despite their current attempt to again overturn the negotiations by going to the UN, peace will be achieved only through direct negotiations.

Decisions that are binding on UN members pass through the Security Council. I am convinced that the activity of the US, which is deeply cooperating with us, as well as the activity of other governments with which we are also cooperating, will result in the failure of this attempt.

The UN also has the General Assembly in which almost any decision can be passed. It is possible to decide there that the sun rises in the west and sets in the east, and this would pass there. But it has neither the same weight nor the same importance. This is not the Palestinians’ avowed goal. Even there it is possible that there will be various actions in their regard. We are coordinating our efforts with those of the US and with other important countries, in Europe and beyond.

My UN trip will have a double goal. The first goal is to ensure that this move to bypass negotiations does not succeed and is stopped in the Security Council. I think that this is, to a great extent, an achievable objective. The second goal is to address the General Assembly and present our truth and – in my opinion – the general truth, which is our desire for peace. The fact that we are not foreigners in this country, that we have rights in this country that go ‘only’ 4,000 years, I will say this loud and clear. I will also speak about our intention to achieve peace with our neighbors while ensuring our security. If these were always clear and necessary, they are much more important today, especially now, when the Middle East is undergoing a great upheaval, from Tunisia to Yemen, from Libya to Egypt, Syria and throughout the region, when we do not know what will happen from day to day and how things will go.

At these times, we need a Government and a policy that strongly stand behind our needs in a peace settlement. We are ready to enter into peace negotiations with our Palestinian neighbors, if they so desire. In my opinion, after the dust settles and after everything that is happening at the UN, in the end, the Palestinians will regain their composure, I hope, and will shelve these moves that are designed to bypass negotiations. They will return to the table in order to achieve peace and security both for us and our neighbors.”