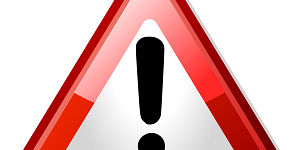 A media report said, “Two armored vehicles and extensive deployments of Jordan security forces were seen on one of the main roads to the embassy in the A-Rabiyeh neighborhood.”

Israeli officials have not commented on the report.

Meanwhile, Cairo is quietly tense in the aftermath of the embassy assault. Top Egyptian officials said today that the security wall built around the Israeli Embassy, which the demonstrators broke down, would not be rebuilt. Egyptian authorities apparently fear that rebuilding the wall would reignite public anger and cause renewed demonstrations.

Today, Prime Minister Benjamin Netanyahu told the cabinet, “Those who tore up the flags apparently shrink at nothing and they are not so much interested in the fine details, they deny the peace. They deny the state. I am pleased that there are other forces in Egypt, beginning with the Egyptian government. There are also other voices that want to continue advancing the peace. We are in contact with the Egyptian government regarding the necessary procedures for returning our ambassador so that he and his staff will be properly secured, so that they might continue to maintain Israel’s representation in Cairo.”