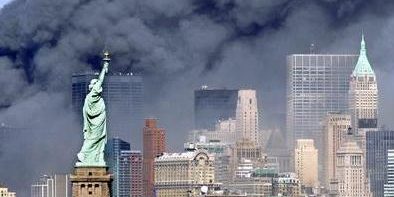 Beyond the 10th anniversary of the 9/11 attacks looms another signal date in the annals of global jihad. That date is Sept. 20, when the Palestinian Authority’s Mahmoud Abbas is expected to petition the United Nations for statehood.

What would a U.N.-ordained Palestinian state have to do with global jihad? Practically everything, because such statehood would mark a major victory in the long war on Israel’s existence. And, whether unadmitted or unimagined, it is Israel on which the axis of Islamic jihad turns.

I’ve never been more convinced of this than after reading four, clarifying pages of Bat Ye’or’s new book, “Europe, Globalization, and the Coming Universal Caliphate” (Buy it at a 20% discount by clicking here. Or here for the Kindle edition ) .

In a first-chapter primer on the relationship between the European Union and the Organization of the Islamic Conference, much of which revolves around mutual animus toward Israel, Ye’or revisits the hateful perversion that passes for political normal: the relentless mission of the Islamic world, with EU encouragement, “to appropriate a tiny piece of land” — Israel — as a political and religious cause despite the fact, as she reminds us, no town, village or hamlet of Israel is mentioned in the Koran or early biographies of Muhammad.

Why Israel? Ye’or asks. “Given the immense territories conquered and Islamized over thirteen centuries of expansion and war,” she writes, “why would Muslim countries keep plotting to destroy Israel?” And further: “Why does the immense oil wealth of Muslim nations nourish a flood of hatred that poisons the heart of humanity against such a small nation? Why is Israel considered so alarming?”

The well-read global citizen might regurgitate something about land, modern Zionism and the post-1948 “plight of the Palestinians,” but these are stock narratives overwriting the age-old reason. “What Israel possesses,” Ye’or explains, “is the Bible.”

To appreciate the depth and breadth of this perhaps obvious but seldom pondered explanation, it’s essential to realize that Jewish and Christian Bible characters, from Abraham to Moses to Jesus, pop up in the Koran as Muslim prophets who actually preach Islam, not Judaism or Christianity. This is the time-wrinkling, religion-morphing way in which Islam repudiates what it regards as falsifications in both the first (Jewish) and second (Christian) testaments. Given that the Jewish and Christian religious books long predate the Islamic religious book, it’s not surprising that in their Koranic guises the biblical characters “wander,” as Bat Ye’or writes, “in uncertain space with no geographical or temporal references.” Still, Muslims claim that these same “Muslim” characters lived in “Palestine,” Bat Ye’or writes, on the basis of the “Jewish and Christian scriptures that they reject.”

It follows from this highly unstable construct that Islam sees the biblical past as Islamic history “usurped” by Jews and Christians. Thus, “the land in which it took place — though … never mentioned in the Koran — is (considered) a Muslim land, and Jewish and Christian holy sites are all (considered) Muslim,” writes Ye’or, the pre-eminent modern historian of “dhimmitude,” the diminished condition of non-Muslims under Islamic law (Shariah).

The land of Israel itself — whose “every region, town and village is mentioned in the Bible with historical and chronological precision” — is thus “sacrilegious” to Muslims, she explains. “They observe with destructive rage this unfolding return of history that they claim as their own. … Any confirmation of the veracity of the Bible is seen as an attack on the Islamic authenticity of the Koranic figures taken from the Bible.”

So much for those slivers of real estate as being the driver of war on Israel. It is, in fact, a jihad, a religious war against Judaism and the land of the Bible, root of Christianity. As Ye’or puts it, “Israel, in the land of its history, towns and villages, resuscitates the Bible, the book the Koran must supplant.”

This back-to-basics interpretation allows us to see through the masks and deceptions to a war on Israel that is also a jihad against Christianity. Remember that the Koranic Jesus, Isa, has Muslim, not Jewish roots. As Ye’or writes, Muslims see Christians as having gone astray by “placing themselves in the lineage of the Hebrew Bible, because their real origin is Islam.” The Islamic answer is to return Christianity to its supposedly Koranic origins.

And then? Bat Ye’or believes “the destruction of Christianity’s sustaining Jewish roots (would) facilitate its Islamization.”