Plenty to worry about but little to fear 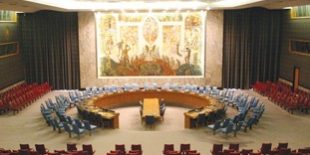 Since much of what I write about regional politics seems pessimistic, I periodically remind people why I’m an optimist, at least when it comes to Israel.

Even today, Israel’s security situation is as good as or better than it has been since any time since the establishment of the state. The two main threats have always been either a potential attack by most or all Arab armies or a high level of successful cross-border terrorism.

At present, though, by Israeli standards, these two threats are relatively low. The immediate problem is rocket, missile and mortar attacks from the Gaza Strip. The longer-term threat – that seems to be continually postponed – is an Iranian nuclear capability.

On the level of threats from states, the problem is relatively minimal. The Saudis and Gulf Arabs, whose economic support would be vital in any confrontation, don’t want war with Israel. The same applies to Jordan. Syria is militarily weaker than ever and entangled in a revolution the effects of which will convulse the country for years whatever the outcome.

Muammar Gaddafi’s likely overthrow in Libya won’t usher in a friendlier regime but will reduce the sponsorship of international terrorism arising from his personal ambitions.

Similarly, Iraq has dropped out of the conflict and turned inward, while the Kurdish-ruled sector in the north is friendly toward Israel. A new addition to that short friendly list is the Republic of South Sudan.

What of Iran? The “Arab Spring” may be a victory for Sunni Muslim Islamism but for that reason is an Iranian defeat. Teheran’s ambition of being hegemonic in the Middle East is blocked since it can no longer hope to become leader over the majority Sunni Muslims.

Its rival, the Muslim Brotherhood, is the single most powerful force in Egypt, has “stolen” Hamas from Iran, and may do the same with Syria.

Moreover, Iran is taking far longer to get nuclear weapons than expected due to technical and other problems. The regime also faces potential internal revolt. Of course, Iran is a legitimate Israeli concern but the threat today is far less than it was expected to be several years ago. The likelihood of Israel attacking Iran’s nuclear installation has also dropped sharply.

This leaves Egypt. For the moment, the military regime wants to maintain the peace treaty. That could change when an elected government comes to power, especially with a strong Muslim Brotherhood contingent in parliament.

The most likely president, Amr Moussa, doesn’t like Israel but he is also experienced and pragmatic enough to avoid a confrontation, even though he is also demagogic enough to talk tough. Egypt is going to be a problem for Israeli security but it might be manageable.

As for non-state actors, to the north, Hezbullah is having trouble controlling Lebanon. The loss of its Syrian patron and growing Sunni-Shia tensions make its task tougher. Hezbullah doesn’t want a war with Israel now or during the next few years. The threat must be closely watched and no assumptions made, but that front should remain relatively quiet.

The big problem is Hamas, especially as it tries to leverage Egypt into a conflict. Nobody is going to throw Hamas out of power and it will periodically send barrages of missiles and rockets into Israel. Yet if this is Israel’s main security problem it is hardly existential.

A third intifadah is also possible but would be far costlier to the Palestinians than to Israel.

Whatever the UN General Assembly decides will change nothing on the ground. The Fatah- Hamas conflict won’t go away and the demographic issue is totally phony. Israel’s intelligence and counter-terrorism are in good shape.

Time is not against Israel, but against the Arabs. They are splintering rather than uniting.

Each country faces some level of civil war between Islamists and nationalists, monarchies and oppositions, and religious-communal groups.

We are going to be seeing more assertive Kurdish (in Syria and Iraq) and Berber movements (in North Africa). The Sunni-Shia rift is heating up. Two Islamist blocs will contend, sometimes violently as we have seen in Iraq. True, both sides hate Israel but they are hardly likely to cooperate against it, and neither has a superpower ally.

The vision of a united Arab or Muslim world wiping Israel off the map – or making a serious effort to do so – is as distant as always, more distant than it was from the 1950s into the 1970s. The Arab Spring is in fact the start of an internal Arab political winter: 20 to 40 years of fighting over who will run each country.

While they fritter away money, resources and energy, Israel will continue to advance economically and militarily.

Disastrous populist, radical nationalist and Islamist domestic policies will also slow Arab development and widen Israel’s advantage. I do not rejoice at the Arab world’s self-made misfortune. A prosperous, happy, moderate and democratic Arab world at peace with Israel would be a wonderful thing. But that won’t happen. Neither will there be a prosperous, united, radical Islamist world at war with Israel.

As for Israel itself, when one gets beyond all of the usual self-flagellating self-criticism, it is a strong country in both economic and military terms. Israel has weathered the international economic crisis better than any other developed country. When Israelis have time to bicker over housing and cottage cheese prices, it’s a sure sign of an improved security situation and relative consensus on “foreign conflict” issues.

There are, of course, no lack of problems and threats. Yet Israel is in good shape when compared in strategic terms to every other country between Morocco and Pakistan – and even in social and economic terms compared with virtually every European country.