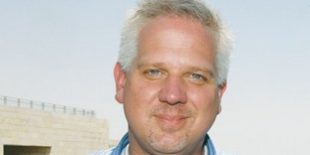 American broadcaster Glenn Beck is not known for being particularly fond of Muslims, but he agreed to advance his Restoring Courage event in Jerusalem’s Old City Wednesday evening due to Ramadan prayers.

Thousands of American Evangelical Christians are expected to attend Beck’s event at the Southern Wall excavation site near the Temple Mount. The rally was scheduled for 5 p.m. and will have to end shortly after 6:30 p.m. before thousands of Muslims make their way to the Temple Mount for the 7:16 p.m. Maghrib prayer.

“We have been asked to move our event to not night, because it’s Ramadan,” Beck told participants in a different rally Monday night.

“There will be thousands gathered for different events. It will be hot. But I felt it was important that we go to the throne of God and no place else.”

Beck’s web site said the program called for “unity among all faiths and will honor Israelis who have displayed courage in their struggle for survival and peace.” It said the event would feature religious leaders, esteemed speakers and entertainers including the Western Wall Rabbi Shmuel Rabinovitch, Oscar winning actor Jon Voight, internationally renowned singer Dudu Fisher and the Jerusalem Great Synagogue Choir.

But a source in the Great Synagogue Choir said it would not be performing ,and according to reports, the choir canceled due to pressure from anti-missionary groups.

Dozens of left-wing activists are expected at a counter-protest outside of Dung Gate, across from the Beck rally, organized by Peace Now. Peace Now also appealed to Fisher to discourage him from performing at the event.

“There is no place for extreme political rallies at the holy site, the Western Wall, and there is no place for collaboration with a person like Glenn Beck,” Peace Now wrote to Fisher in a letter. “We call upon you to cancel your appearance and not to contribute your rare voice to this terrible event.”

Jerusalem police have said they are not expecting any violence ahead of the Beck rally.

Melanie Lidman contributed to this report.