Who is the Palestinian group blamed for the attacks? 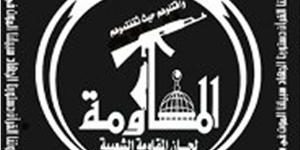 Israel has blamed a Palestinian faction, the Popular Resistance Committees (PRC), of launching attacks along its border with Egypt that killed seven Israelis on Thursday.

Within hours of the assault, the IAF struck back at the PRC, which is based in Gaza, killing five of its members, including the leader and his lieutenant.

Following are some details on the organization, which denied involvement in the attack in southern Israel:

The PRC is an umbrella group that draws together former armed activists of different factions. It was formed in the Gaza Strip in 2000 at start of a Palestinian uprising for statehood.

It counted numerous former security men from the Palestinian Authority’s various security agencies among its ranks, including many disaffected members of Fatah, which has since renounced violence against Israel. It operates independently from the Islamist rulers of Gaza, Hamas.

However fighters from the two groups have staged joint coordinated attacks in the past years and the PRC’s leaders took similar political positions to that of Hamas regarding the Palestinian Authority’s peace moves with Israel.

The group staged dozens of attacks against Israeli troops and Jewish settlers during its early years. Among the attacks it claimed was a 2003 strike against a U.S. diplomat, that killed three security guards, and the 2004 fatal shooting of a pregnant settler and her four young daughters.

In June 2006, the IAF killed PRC founder Jamal Abu Samhadana in a targeted strike in Gaza. Shortly afterwards, the PRC was one of three groups that claimed responsibility for the cross-border abduction of Israeli soldier Gilad Shalit. He is still believed to be in captivity in Gaza.

The design of their emblem is very similar to that used by the Iranian-backed, Lebanese guerrilla group Hezbollah, with a fist holding up a Kalashnikov. Israel believes the group gets backing from Hezbollah.