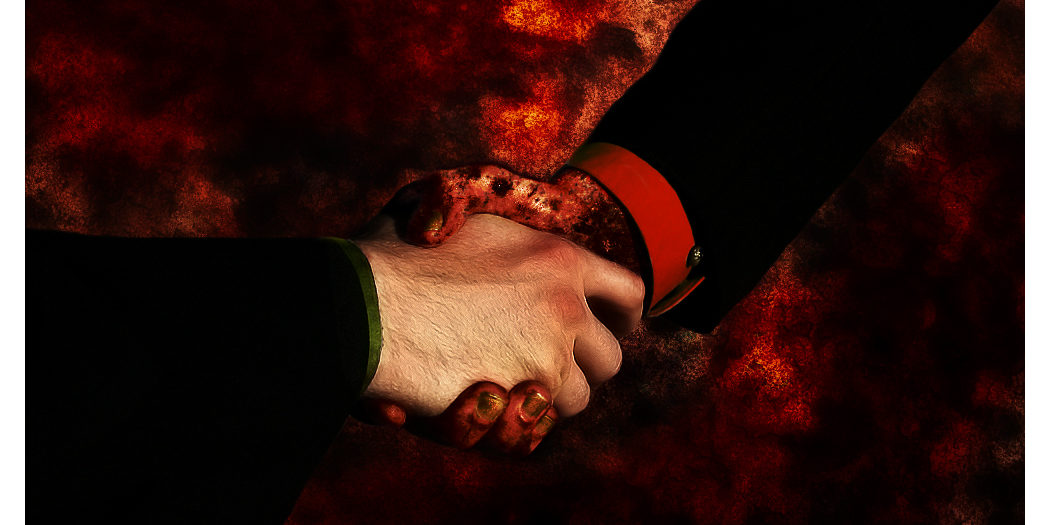 The Palestinians’ decision to place the issue of establishing a Palestinian state before the United Nations for a vote next month repudiates the principles of the 1993 Oslo peace framework, through which the Palestinian Authority was formed out of the PLO. The Oslo framework dictated that the final status of Judea, Samaria, Gaza and Jerusalem would be determined through direct negotiations between the PLO and Israel.

While brazen, the Palestinians’ UN gambit is not the first time Israel has been confronted with unequivocal proof that the Palestinians have been operating in bad faith. From the outset, PLO leaders from Yasser Arafat down have made statements and taken actions that have demonstrated that from the PLO’s perspective, the entire “two-state paradigm” of peacemaking upon which the Oslo process is predicated was nothing more than a ploy.

For instance, after coming under heavy pressure from then-opposition leader Binyamin Netanyahu, in early 1996, then-prime minister Shimon Peres was forced to ask Arafat to convene the PLO’s governing council in order to cancel the PLO Charter. The charter repeatedly calls for Israel’s destruction. Recognizing that Peres’s government was on the line, then-US president Bill Clinton flew to Gaza to “oversee” the Palestinian National Council’s conference and its cancellation of the charter.

Despite Clinton’s presence, the charter was never abrogated or even amended. Yet the empty pageantry was enough to convince the leftist Israeli media that Israel had a credible partner for peace in Arafat, and so the show went on.

Arafat ended all pretense of good faith in the summer of 2000, when he rejected then-prime minister Ehud Barak’s offer of Palestinian statehood and instigated the Palestinian terror war. Ever since Arafat chose terror war over peace, his followers’ willingness to admit they reject Israel’s right to exists has grown.

For instance, on July 13, Fatah’s foreign relations boss Nabil Shaath gave an interview to a Lebanese television station in which he stated point blank that the PLO would never accept Israel’s right to exist as a Jewish state. As he put it, only the Palestinians have a right to a nation-state. The Jews of Israel must be subsumed into a “state of all its citizens” that would be dominated by Israeli Arabs and millions of foreign Arabs who would immigrate into the formerly Jewish state.

Shaath’s statements, like similar recent statements made by Fatah chairman Mahmoud Abbas and chief “negotiator” Saeb Erekat were completely ignored by the Left. As opposition leader Tzipi Livni makes clear every time she has access to a microphone, the Left insists the full blame for the absence of so-called peace talks between Israel and the Palestinians rests on the shoulders of Prime Minister Binyamin Netanyahu.

Three weeks after Shaath gave his interview, Livni had a chance to respond to his statements in an interview with the Atlantic Monthly. Asked whether she was certain “there’s no plan on the part of seemingly moderate Palestinians to try to take apart Israel in stages,” Livni responded that even if there were, it was Netanyahu’s fault. By asserting Israel’s right to be recognized as a Jewish state, Netanyahu is weakening Israel, she said. In her words, “Israel is being weakened now by the way Netanyahu speaks. The stronger he speaks, the weaker Israel is.”

Livni also claimed the best thing that could happen was for US President Barack Obama to put even more pressure on Netanyahu to make concessions to the Palestinians. As she put it, Obama’s pressure made the government understand “that maintaining the status quo with the Palestinians means that there is no status quo with the United States. They understood that there is a price for not negotiating, or for not saying the right words. So this is the brighter perspective.”

When Livni gave her interview on August 5, Netanyahu had reportedly agreed to participate in negotiations predicated on the Palestinian-US demand to base the talks on the indefensible 1949 armistice lines. Netanyahu reportedly stipulated, however, that the Palestinians must recognize Israel’s right to exist.

By placing the blame for the absence of negotiations on Netanyahu, like the Palestinians, Livni rejected the prime minister’s demand. That is, the leader of Israel’s opposition effectively dismissed her government’s demand that Israel’s “peace partner” recognize its right to exist. Moreover, she asked a foreign power to coerce her government into setting that right aside.

Livni’s position is consistent with the position the Left has adopted since Arafat destroyed the Oslo peace process 11 years ago. Whereas in 1995 the Left still expected the Palestinians to pay lip service to peace with Israel, after Arafat destroyed the peace process, the Left that had embraced the PLO needed to make a choice. Its leaders could either admit they were wrong to embrace the PLO, or they could adopt the PLO’s position against Israel. They chose the latter.

The results of this choice have been devastating. For the past 11 years, the Left has been divorcing itself from Zionism. This began in the wake of the violent riots in the Arab sector in October 2000, when the Barak government formed the Orr Commission of Inquiry. The Orr Commission, for the first time, conferred extralegal communal rights on radicalized Israeli Arabs, and so denied the police the right to enforce laws equally on all Israelis.

Since then, the trend toward undermining Israeli democracy and the rights of the Jewish majority has been most pronounced in the leftist-dominated Supreme Court. From denying the right of Israeli Jews to develop Jewish communities within the 1949 armistice lines on Jewish privately owned land, to protecting Arab traitors from charges of treason, to striking down the government’s legal right to determine immigration policies, the Supreme Court has led the charge in ending Israel’s right to assert its right to exist as a Jewish state. Many of these post-Zionist court decisions were authored by retired Supreme Court president Aharon Barak. In June 2009, Barak admitted, “I’m a big believer in ‘a state of all its citizens.'”

On university campuses, expressions of Zionism and patriotism are increasingly demonized as racist or insensitive. For instance, at its recent graduation ceremony, Haifa University decided not to sing “Hatikva” out of concern for the feelings of the university’s Arab students.

Recently several leading politicians have argued that Israel should respond to the PLO’s UN initiative by abrogating its commitment to the Oslo peace accords and applying Israeli law to Judea and Samaria. This is certainly a reasonable response to the Palestinians’ clear bad faith.

Far more difficult than responding to that bad faith, however, is conceiving and implementing a strategy for contending with the Left’s decision to side with the Palestinians against its own country’s right to exist.