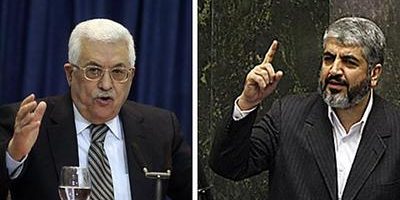 Members of the Palestinian movements Fatah and Hamas met in Cairo over the weekend to discuss the implementation of their Egyptian-brokered reconciliation pact signed in May that has largely stalled. To “revive the reconciliation,” as Fatah representative Azzam Al-Ahmad put it, the two sides have agreed to a mutual release of political prisoners and to creating joint committees to address grievances, such as the granting of passports and re-opening institutions shut down after the 2007 split. Hamas has also reportedly committed to stop executions and allow Fatah activists to return to Gaza.

Since endorsing the reconciliation pact, Fatah and Hamas have not been able to agree on the formation of an interim unity government, which would be responsible for preparing for elections in 2012. According to Al-Ahmad, another meeting between the two sides is scheduled for September to discuss governance and security concerns. Also during that month, Palestinian Authority (PA) President Mahmoud Abbas plans to bring a vote before the UN in support of declaring a Palestinian state.

Yet, the two sides, as expected, continue to bicker. On Tuesday, Hamas leader Mahmoud al-Zahar said that the reconciliation meetings are “worthless” until the parties actually form a government. And on Wednesday, Hamas members accused the Fatah-run PA of preventing imams associated with the Gaza group from delivering sermons in the West Bank during Ramadan.

Meanwhile, the PA continues to move ahead with plans to hold local council elections in the West Bank only on October 22, arguing that Hamas has closed the offices of the Palestinian Central Elections Committee (CEC), thereby blocking elections from being held there. Hamas claims it has blocked the committee because Fatah has refused to reform it, as is supposedly stipulated in the May reconciliation.

Hamas and Fatah’s try at reconciling is largely a result of two factors: the recent Arab uprisings, which they were afraid would reach their populations, and the PA’s bid to declare ‘Palestine’ a state at the UN, which would benefit from a united Palestinian front. Neither reason, however, focuses on what really should be their incentive: to provide a better life for the Palestinian people and advance a peace deal with Israel – which explains why the bickering continues and a real Palestinian reconciliation has slim chances of seeing the light of day.