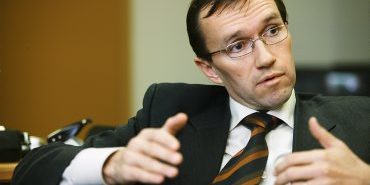 In the wake of Anders Breivik’s massacre of his fellow Norwegians, I was amazed at the speed with which the leftist media throughout the US and Europe used his crime as a means of criminalizing their ideological opponents on the Right. Just hours after Breivik’s identity was reported, leftist media outlets and blogs were filled with attempts to blame Breivik’s crime on conservative public intellectuals whose ideas he cited in a 1,500 page online manifesto.

My revulsion at this bald attempt to use Breivik’s crime to attack freedom of speech propelled me to write my July 29 column, “Breivik and totalitarian democrats.”

While the focus of my column was the Left’s attempt to silence their conservative opponents, I also noted that widespread popular support for Palestinian terrorists in Norway indicates that for many Norwegians, opposition to terrorism is less than comprehensive.

To support this position, I quoted an interview in Maariv with Norway’s Ambassador to Israel Svein Sevje.

Sevje explained that most Norwegians think that the Palestinians’ opposition to the supposed Israeli “occupation” is justified and so their lack of sympathy for Israeli victims of Palestinian terrorism was unlikely to change in the wake of Breivik’s attack on Norwegians.

Since my column was a defense of free speech and a general explanation of why terrorism is antithetical to the foundations of liberal democracy — regardless of its ideological motivations — I did not focus my attention on Norwegian society. I did not discuss Norwegian anti- Semitism or anti-Zionism. Indeed, I purposely ignored these issues.

But when on Friday, Norway’s Deputy Foreign Minister Espen Barth Eide published an unjustified attack on me in the Jerusalem Post, he forced me to take the time to study the intellectual and political climate of hatred towards Israel and Jews that pervades Norwegian society.

That climate is not a contemporary development.

Rather it has been a mainstay of Norwegian society.

In a 2006 report on Jew hatred in contemporary Norwegian caricatures published by the Jerusalem Center for Public Affairs, Erez Uriely noted among other things that Norway banned kosher ritual slaughter in 1929 — three years before a similar ban was instituted in Nazi Germany.

And whereas the ban on kosher ritual slaughter was lifted in post-war Germany, it was never abrogated in Norway.

As Uriely noted, Norway’s prohibition on Jewish ritual slaughter makes Judaism the only religion that cannot be freely practiced in Norway.

Fascism was deeply popular in Norway in the 1930s.

In the wake of the Nazi invasion, Norwegian governmental leaders founded and joined the Norwegian Nazi Party. Apparently, sympathy for Nazi collaborators is strong today in Norway.

As the JCPA’s Manfred Gerstenfeld noted in a report on the rise in Norwegian anti-Semitic attacks during 2009, two years ago the Norwegian government allocated more than $20 million in public funds to commemorate Norwegian novelist Knut Hamsun on the occasion of the Nobel laureate for literature’s 150th birthday. As The New York Times reported, in February 2009, Norway’s Queen Sonja opened the, “year-long, publicly financed commemoration of Hamsun’s 150th birthday called ‘Hamsun 2009.'” But while Hamsun may have been a good writer, he is better remembered for being an enthusiastic Nazi. Hamsun gave his Nobel prize to Nazi propaganda chief Josef Goebbels. During a wartime visit to Germany, Hamsun flew to meet Adolf Hitler at Hitler’s mountain home in Bavaria.

And in 2009, Norway built a $20 million museum to honor his achievements.

Despite indignant claims that the two are unrelated, Norway’s elite anti-Semitism merges seamlessly with their anti-Zionism. An apparently unwitting example of this fusion is found in Eide’s attack against me in last Friday’s Post.

Eide’s attack on me revolved around my citation of Ambassador Sevje’s interview with Maariv. In his column Eide wrote, “Several other Israeli media have latched on to this as well.”

While this may be true, I first learned of Sevje’s interview in the US media. Specifically, I read about the interview at Commentary Magazine’s website, the Jewish Telegraphic Agency’s website, and the website of the Committee for Accuracy in Middle East Reporting in America (CAMERA) before I read the original interview on Maariv’s website.

Commentary, JTA and CAMERA are not Israeli organizations or outlets. They are Jewish American organizations and outlets. Eide’s conflation of them with the “Israeli media” indicates that the deputy minister has a hard time separating Jews from Israelis, (and by extension, Jew hatred from Israel hatred).

One of the Jewish Americans who attacked the Norwegian ambassador’s willingness to distinguish between Palestinian terrorist murderers of Israelis and Breivik’s terrorist murder of Norwegians was Harvard Professor Alan Dershowitz. Dershowitz said, “I know of no reasonable person who has tried to justify the terrorist attacks against Norway. Yet there are many Norwegians who not only justify terrorist attacks against Israel, but praise them, support them, help finance them and legitimate them.”

As Dershowitz explained in a Wall Street Journal article, he was the victim of an unofficial Norwegian university boycott of Israeli universities. The unofficial boycott is so extensive that it bans not only Israeli academics, but non-Israeli, Jewish academics that are pro-Israel.

And lest someone believe Norway’s anti-Jewish boycott is due to the so-called “occupation,” as Dershowitz pointed out, the petition calling for an academic boycott of Israel begins, “Since 1948 the state of Israel has occupied Palestinian land.”

The Norwegian elite’s rejection of Israel’s right to exist, and ban on pro-Israel Jewish speakers from university campuses goes a long way in explaining Norway’s support for Hamas. If Norway’s opposition to Israel was merely due to its size, rather than its very existence, it would be difficult to understand why Norway maintains friendly contact with Hamas. Hamas is after all a genocidal, terrorist group, which like the Nazis seeks the annihilation of the Jewish people as a whole. Yet Norway’s Foreign Minister Jonas Gahr Store wrote an article justifying his relations with Hamas as in line with Norway’s embrace of “dialogue.”

As Store’s deputy Eide’s unrestrained and unjustified attack against me, and as Norway’s academic — and to a large degree media — boycott of pro-Israel voices make clear, Norway’s embrace of dialogue is as selective as its condemnation of terrorism.

Here we should recall that Norway’s ruling class supported Hamas against Israel in Operation Cast Lead.

Israel’s dovish Kadima government only began the operation in Gaza because it had no choice. For months then prime minister Ehud Olmert sat on his hands as southern Israel was pummeled with unprovoked barrages of thousands of missiles and rockets from Gaza. Olmert was forced to take action after Hamas massively escalated its rocket and missile attacks in November and early December 2008.

While silent about Palestinian aggression, Norway’s government attacked Israel for defending itself. As Store put it, “The Israeli ground offensive in Gaza constitutes a dramatic escalation of the conflict. Norway strongly condemns any form of warfare that causes severe civilian suffering, and calls on Israel to withdraw its forces immediately.”

Two of Store’s associates, Eric Fosse and Mads Gilbert, decamped to Gaza during Cast Lead and set up shop in Shifa Hospital. The two were fixtures in the Norwegian media, which constantly interviewed them throughout the conflict, and so spread their libelous charges against the IDF without question.

Fosse and Gilbert never mentioned that Hamas’s high command was located at the hospital in open breach of the laws of war.

When they returned home, they co-authored a book in which they accused the IDF of entering Gaza with the express goal of murdering women and children.

Store wrote a blurb of endorsement on the book’s back cover.

Store visited Israel in January. During his visit he gave an interview to the Post where he ignored diplomatic protocol and attacked the Knesset’s contemporaneous decision to form a parliamentary commission of inquiry into foreign funding of anti-Zionist Israeli NGOs.

The basic rationale for the commission was that Israelis have a right to know that many purportedly Israeli groups are actually foreign organizations staffed by local Israelis. And many of the most virulently anti-Zionist NGOs staffed by Israelis operating in Israel are funded by the Norwegian government. Store arrogantly opined, “I think it is a worrying sign” about the state of Israeli democracy.

During Operation Cast Lead, Oslo was the scene of unprecedented anti-Semitic rioting. According to Eirik Eiglad, protesters who participated in anti-Israel demonstrations — and even a supposedly pro-peace demonstration — called out “Kill the Jews” and attacked policemen who tried to prevent them from rioting. Demonstrators at a pro-Israel demonstration were beaten. The Israeli embassy was threatened. Pro-Israel politicians who participated in the pro-Israel rally were beaten and received death threats.

It is a fact that the day before Breivik’s massacre of teenagers at the Labor Party’s youth camp on Utoya Island, Store spoke to them about the need to destroy Israel’s security fence. The campers role-played pro- Hamas activists breaking international law by challenging Israel’s lawful maritime blockade of the Gaza coastline.

They held signs calling for a boycott of Israel.

Despite their obvious animosity towards Israel and sympathy for genocidal, Jew hating Hamas terrorists, at no point did I or any of my Jerusalem Post colleagues do anything other than condemn completely Breivik’s barbaric massacre of his fellow Norwegians. And yet, the Norwegian government attacked us for merely pointing out in various ways, that Norway should not use Breivik’s attack as justification for further weakening Norwegian democracy.

I was not consulted about this editorial ahead of time, and the editorial does not reflect my views. However I understand the moral impulse of not wishing to pour salt on anyone’s wounds, which stood behind the decision to write it.

I will not request such an apology because there are certain actions that are simply unforgivable.