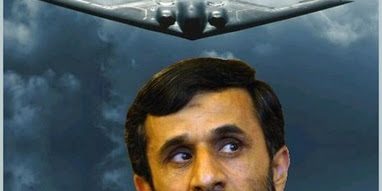 The commanders of the IDF, especially those in the Air Force, are making “increasingly loud” demands to strike Iran’s nuclear program, a German news source reported.

According to Der Spiegel, the question of how Israel will eventuallydeal with the threat of a nuclear Iran depends in part on a battle of prestige between the military and the Mossad – the latter being in charge of assassinations, and favoring them as a result. Mossad is behind the killings of three Iranian scientists in the last 18 months, the paper claimed.

A fourth scientist was wounded and subsequently appointed to head Iran’s nuclear commission.
According to “sources in Israeli intelligence,” the targeted assassinations are part of a campaign to sabotage or slow down Iran’s nuclear program. The alleged campaign also involves the Stuxnet computer virus.

“But for hardliners in the Israeli military, the covert action does not go far enough,” wrote Spiegel’s Ulrike Putz. “The calls for bombing Iran are getting louder and louder, especially among Israeli Air Force officers.”

She added: “Until now, Mossad experts have been able to convince decision-makers that the construction of an Iranian bomb can best be delayed through attacks on key figures and nuclear facilities. But it is unclear how long Prime Minister Binyamin Netanyahu will continue to follow this advice. Politicians in Jerusalem know well that Mossad is also pursuing its own interests when it argues that its agents should play the leading role in the struggle against Iran.”

“As long as Mossad is leading the fight against the bomb, it will get the big budgets,” the source told the newspaper. And the question of whether Israel will attack Iran’s nuclear facilities will partly depend on the internal power struggle between the IDF and Mossad.
“Just like with everything, this is also about prestige,” the source said, adding that the recent assassination of Darioush Rezaei was “the first serious action taken by the new Mossad chief Tamir Pardo.”